Polish Potato Soup (Zupa Ziemniaczana) is a natural. They grow wonderful potatoes in Poland. Potatoes are so prevalent near Poznan, that they have a regional word for potato, pyra. It’s also become synonymous with people from the region.

And yes, Uber Eats will deliver your order from the Pyra Bar, a popular, casual order at the counter kind of restaurant specializing in, you guessed it, potato dishes. 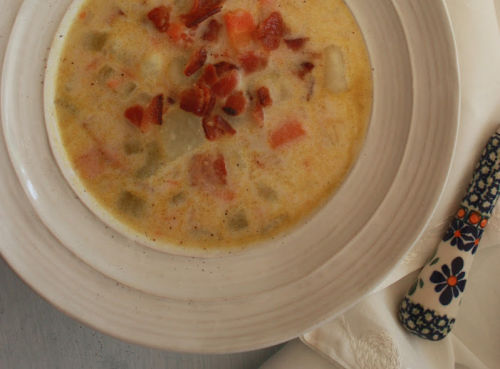 I think the potatoes you buy at open-air markets in Poland are the best. They’ll likely be clinging to the soil they were grown in, but a good scrubbing will yield the most delicious, very fresh potatoes.

Given the excellent potatoes and Poland’s love of soup, Polish Potato Soup was bound to join the long line up of potato dishes, potato pancakes, many potato dumplings, potato cake, fried potatoes, and more.

As an Amazon affiliate, I earn a commission on some purchases.

This potato soup recipe is just one of the many delicious dishes in my Polish cookbook. It’s 54 recipes that include soups, breads, pierogi, mains, sides, desserts, and beverages. It’s full of color photos (my favorite part of any cookbook) and sells for $25.

You should know, though, that Amazon can deliver much more quickly than I do. I sign and mail books every week or two, as I can fit it in with a fulltime job and family obligations. 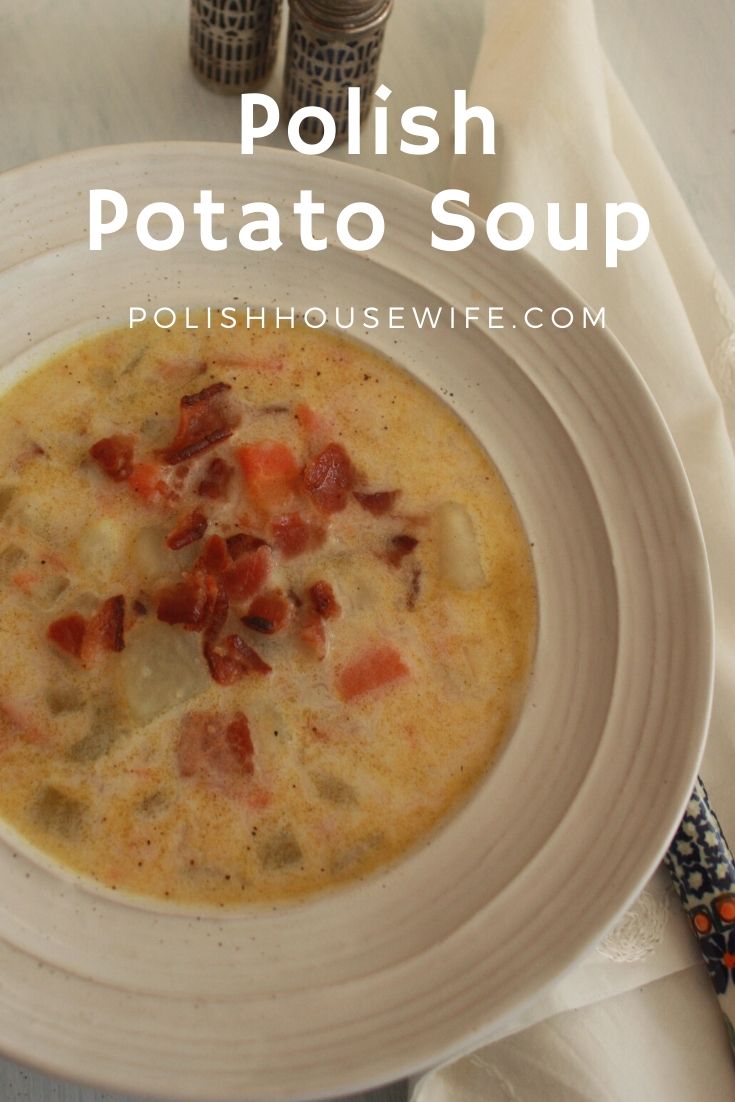 Besides this version, sometimes potato soup in Poland is sophisticated, like this white asparagus vichyssoise.

As a child, my family often had potato soup for supper, served with buttered saltine crackers. It was a meal that I always looked forward to. This soup is heartier than the potato soup I knew way back when with more veggies, more seasonings, and a little meat. The smooth, tasty layers of flavor make this a favorite for young and old(er) alike.