It’s December 30th as I write this – the sixth day of Christmas. I offer this Polish Fruitcake with Tea recipe for your pre or post-Christmas Day baking. Maybe your appreciative friends and family have run through the goodies you prepared before Wigilia (Christmas Eve).

This is quick and easy, so you can whip up a loaf to offer something sweet to guests who might drop by bringing you good wishes for the new year. It’s tasty but not overly extravagant like my gingerbread cake filled with jam and marzipan and covered in chocolate ganache.

Tea is not a constant in all keks recipes, but it’s found in some. I like the hint of color and flavor that it adds. 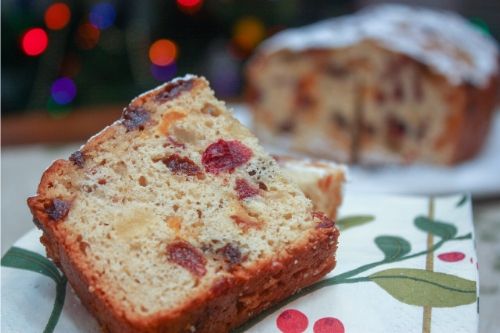 Polish fruitcake compared to other fruitcakes

People like to joke about the American or English version of fruitcake. The joke is that no one eats it; they just keep regifting a fruitcake. Polish fruitcake is not heavy, dense, molasses laden, or soaked in booze for months. Not that there’s anything wrong with that. 😉

Polish fruitcakes are not as spicy and their USA/UK counterparts. I’ve added a bit of cinnamon as an optional ingredient, but many recipes totally omit the cinnamon, ginger, nutmeg, and clove that you might find in other fruitcakes.

The fruit is different too. While some candied peel might be used, it’s predominately dried fruit, the sort you might find in your favorite granola. I used dried apricots, dried cranberries, raisins, and dried pineapple. 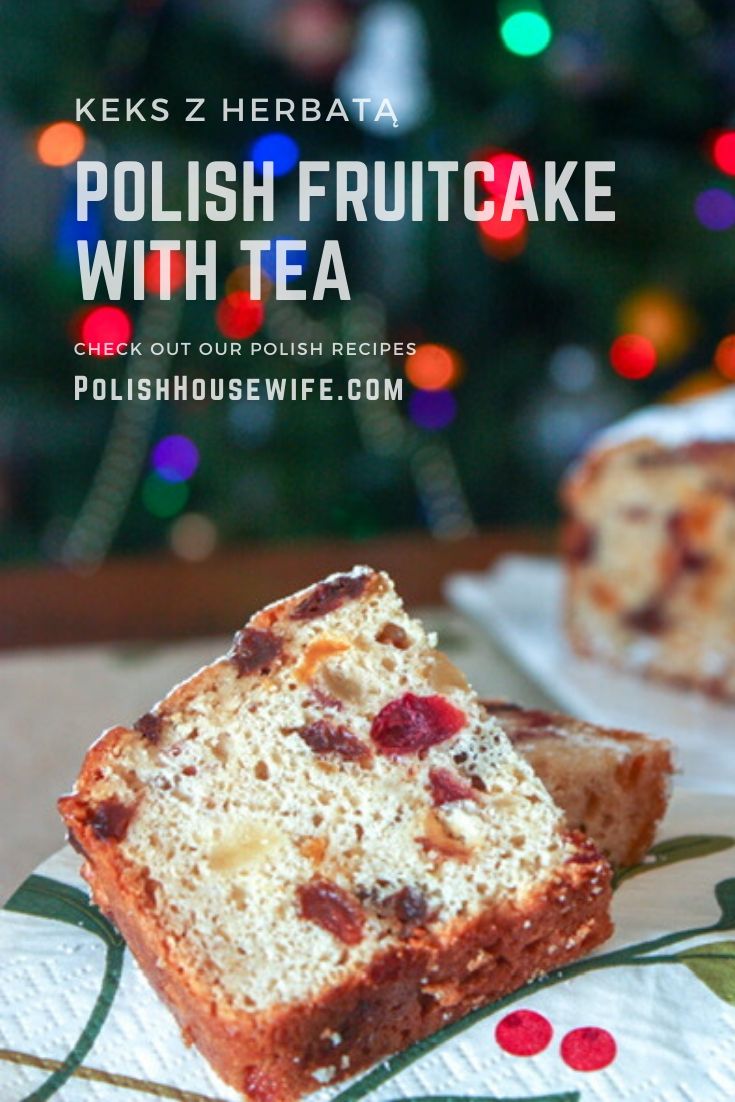 I hope you’ve had a wonderful time leading up to Christmas and in the days after with family, preparing wonderful dishes in the kitchen, making memories.

Lucky me, the rector (priest in charge of an Episcopal church) has closed the church office where I work until Epiphany! I have so many things I’d like to do on the blog and around the house during this time. I’ll have to prioritize to make sure somethings get done. Otherwise, I’ll spend the next week in my head. thinking about all the things I need/want to do instead of actually doing some of them. Can you relate?

As an Amazon affiliate, I earn a commission on qualifying purchases at no extra cost to you

I’m am wishing you and yours all the best in the coming year.

A Polish fruitcake – it’s lighter and fresher than your typical fruitcake and a Christmas classic!

As an alternative to powdered sugar for finishing, you might want to make a powdered sugar glaze to cover the top, then sprinkle with finely diced candied orange peel.