It didn’t take me long to realize that canapes, Polish kanapki, little open-face sandwiches are a thing in Poland. They might be put together casually, for breakfast or supper. 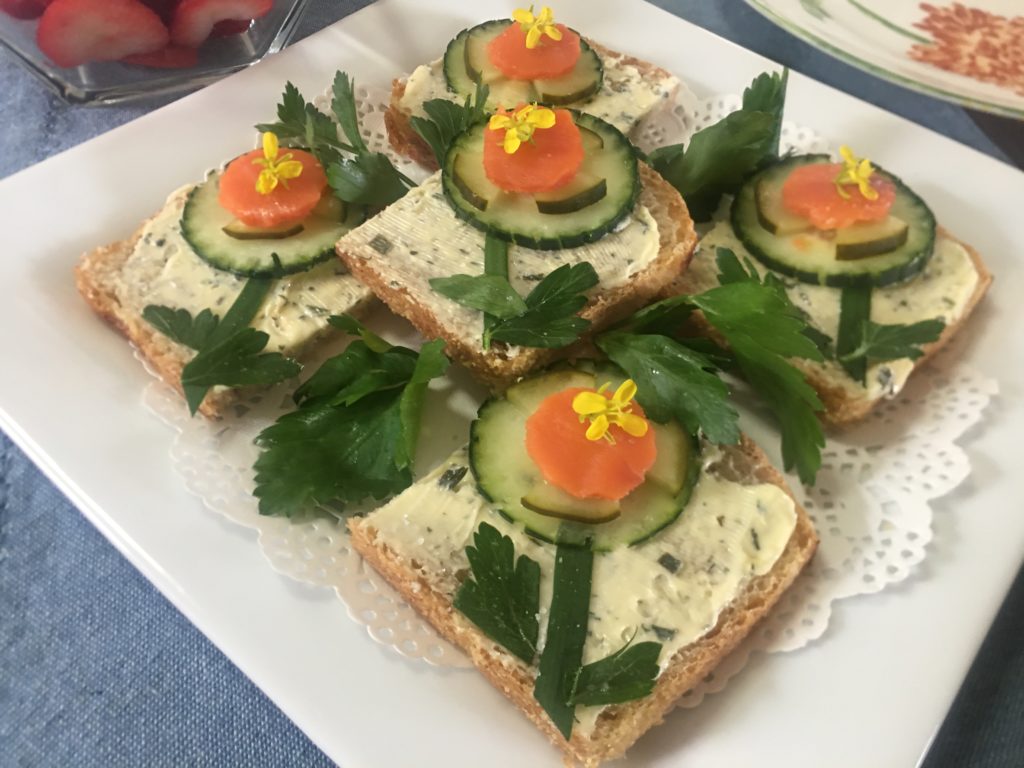 Ed spend a month in a Polish hospital when we lived there, and every day, except Sunday morning, breakfast and supper consisted of several slices of bread, a few slices of lunch meat,a slice of cheese, and several pats of butter. A build your own kanapki bar.

In case you’re wondering, on Sunday morning, breakfast was parówki, boiled hot dogs. It was a special morning indeed, and my favorite breakfast by far. (He was very ill, so I was staying in his room, and they were kind enough to serve us both meals. It was a private hospital, it probably isn’t the same in a public hospital.)

All that aside, the picture that comes to my mind when I think of kanapki, isn’t quick eats at home (or in the hospital). It’s the elegant doily-lined trays of colorful little sandwiches that were served on the first morning of training for the English speaking Euro 2012 volunteers. 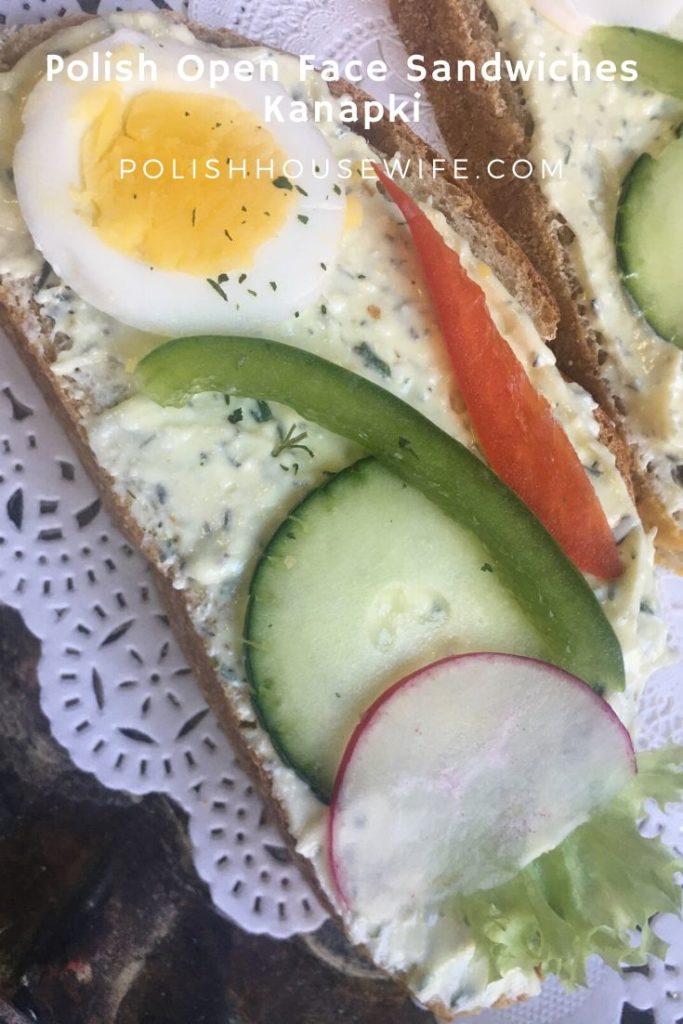 During the day with our English instructor, 2 trays appeared during one of the breaks. They held little, identical, kanapki made with thin slices of colorful vegetables, hard-boiled egg, and some origami-like folded ham. The repetitive precision of the canapes was a visual delight.

I also saw these artfully created trays when I attended a workshop hosted by the city and the baker’s guild about a regional pastry. The conference table at the bakery was decked out with colorful kanapki. You’ll see them pictured in the post I wrote about the workshop.

Putting out a tray or two of kanapki seems to be a standard part of Polish hospitality. Even in the corporate world, you need to feed people. 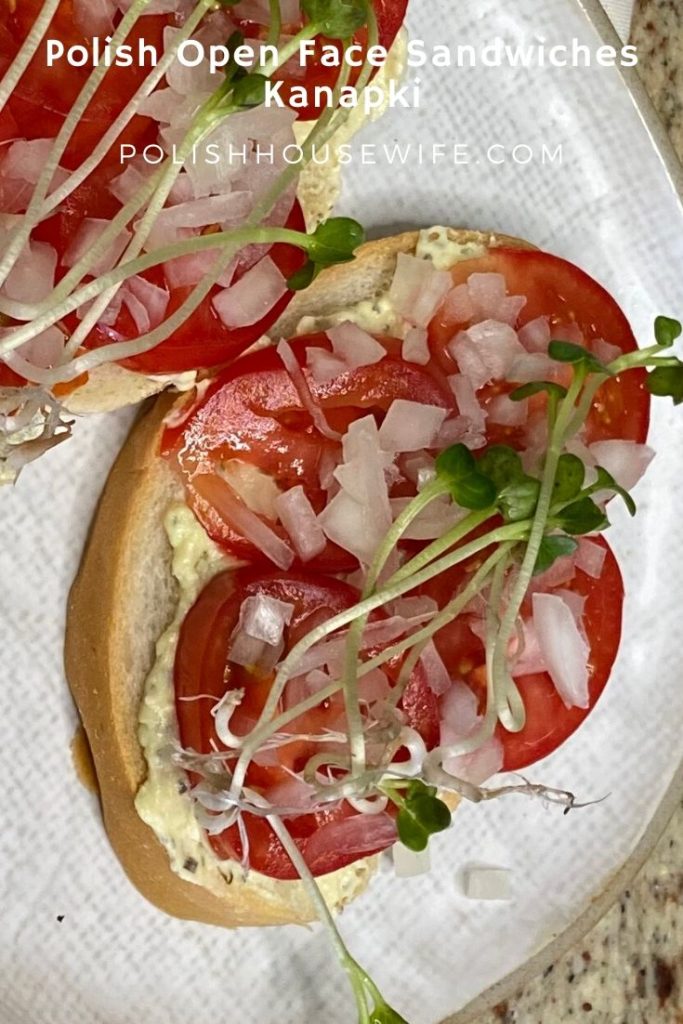 You don’t need the recipe written up below, that’s more to tell google what we’re talking about, Take inspiration from the photos, pull out what you have in the fridge, and add kanapki to your next gathering whether it’s in person or a zoom cocktail hour. You deserve it!

for the first layer

your choice of toppings