I was only served kompot once during my stay in Poland. We were in Nowe Wioska for a ceremony honoring American airmen in their area during World War II. Ed was asked to represent the U.S. government at the event. It was a moving experience, and you can  read more about it in this post. Everyone in attendance was served a hearty lunch (obiad) after, and cherry kompot was on the tables. It was delicious. 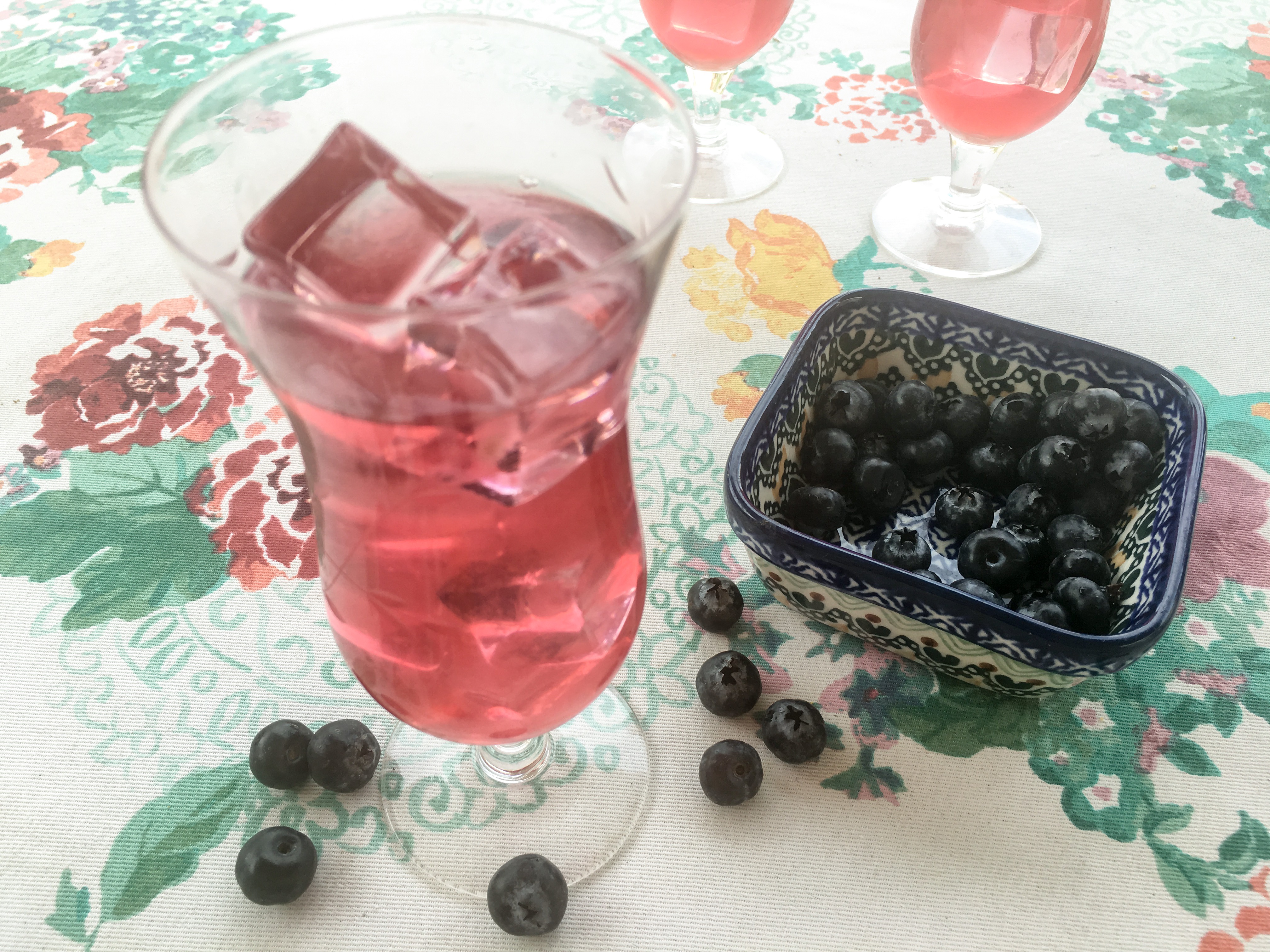 You may be familiar with the dessert of stewed fruit known as compote, however, this kompot is a drink made from stewed fruits and popular in central and eastern Europe.

I think it’s fair to say that kompot has about half the sugar of soda, but it’s main selling point would be the very few and all natural ingredients. You know what’s in it, and that is a good thing. The other thing than makes this better for you is the Polish sense of portion control. We drank from little IKEA glasses, probably 8 ounces. There were no Big Gulps of kompot.

Kompot is something you can make year round. Make it in the summer to use up an abundance of inexpensive, fresh fruit. Make it in the winter with dried fruits. The possible combinations are endless and every batch will be a little different.

The basic proportions are a gallon of water, a cup of sugar, a pound to a pound and a half of fruit.

The next time I use blueberries, I will muddle them to allow more juice to escape while steeping. 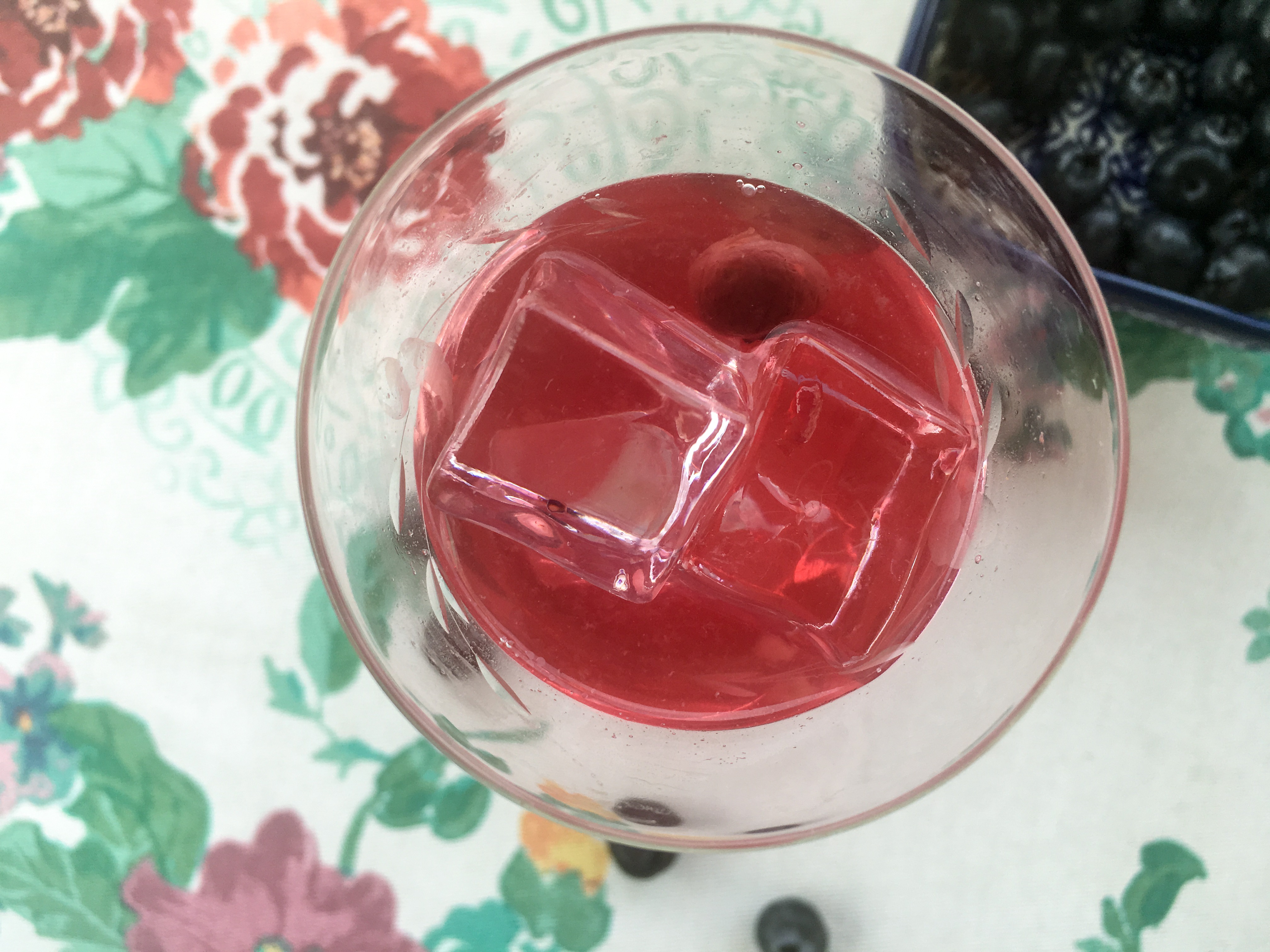