We just got back from Christmas in the States, and this is the first time in 3 years that we’ve had a New Year’s Eve in Poland, called Sylwester here in honor of Pope Sylvester, who according to legend slew a dragon named Leviathan (circa 320 AD).  I’m glad we didn’t miss it.  People have been shooting fireworks for the last day, and now, at midnight, it’s been a frenzy of explosions, and it seems like they’re coming from every building in town rather than a central fireworks show. There’s music coming from multiple apartments, and knowing the Polish, it won’t end until 4 AM. 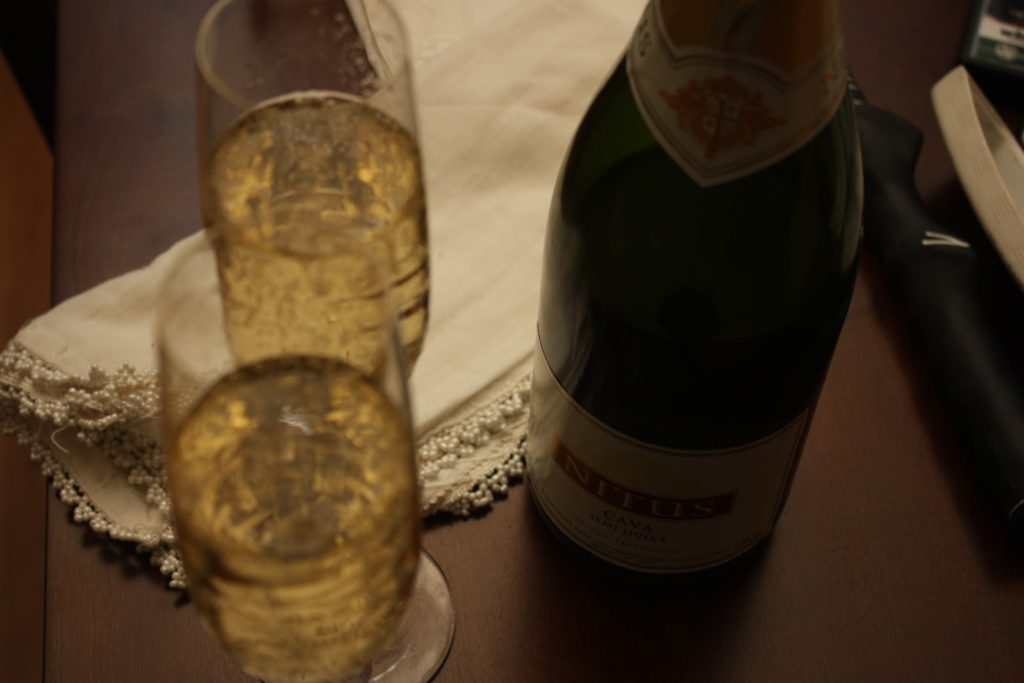 Check out Ed’s facebook video of the fireworks outside our apartment. At one point one takes off horizontially down the street, and you’ll notice the constant booming of fireworks, they’re coming from everywhere. It sounds like a war zone.

Not that watching your neighbors go crazy is the only way to spend New Year’s Eve in Poznan.  We have friends that like to hang out in the old square, I guess their are concerts going on tonight.  Other friends like to do the fancy bash at the Sheraton, kind of an eat, drink, and dance till dawn extravaganza. Some people just stay home and beat on pots and pans for noisemakers.

Since this is a food blog, we should touch on food and drink traditions surrounding Sylwester, pickled herring at midnight, maybe a shot of Krupnik? What would you add to the list? Eating green foods is supposed to assure there will be enough money in the coming year. Adding a few of the Christmas carp’s fish scales to your wallet is also supposed to bring good fortune.

However you’ve chosen to welcome in the new year, let me wish you and yours every blessing in the coming year.

PS – let me thank all of you who voted for my blog.  It was heartwarming to read your comments, and I enjoyed leaving feedback for the expat blogs that I follow.  Most of all, thanks for following along and commenting.  I love hearing your opinions!