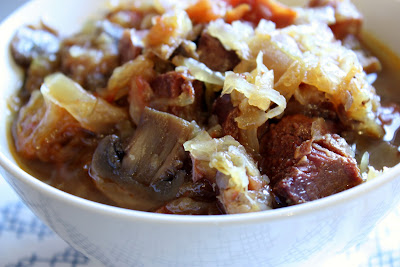 As Polish dishes go, Bigos is about as traditional as you can get.  You’ll be sure to find it in the food booths at any festival in the old square.  Big flat cast iron pans of simmering meats, wine, mushrooms, and sauerkraut – the perfect thing to warm the heart and the belly, that’s Bigos Polish hunter’s stew!

This Bigos recipe is adapted from Nela’s Cookbook and From a Polish Country House Kitchen.  I left it on the stove overnight on very low heat, I guess that’s the equivalent of putting it in a crock-pot.  With the slow cooking, the flavors mellowed and blended. It was hearty and delicious!

Amazon sends me a small commission for purchases made via their links above.

Like any stew, proportions need not be precise. If your package of Polish sausage is 13 ounces rather than a pound, don’t worry. If you happen to have some game meat in the freezer, this is the time to pull it out! Half a pound of diced venison or other game meat would be a very authentic addition. It is, after all, a hunter’s stew. 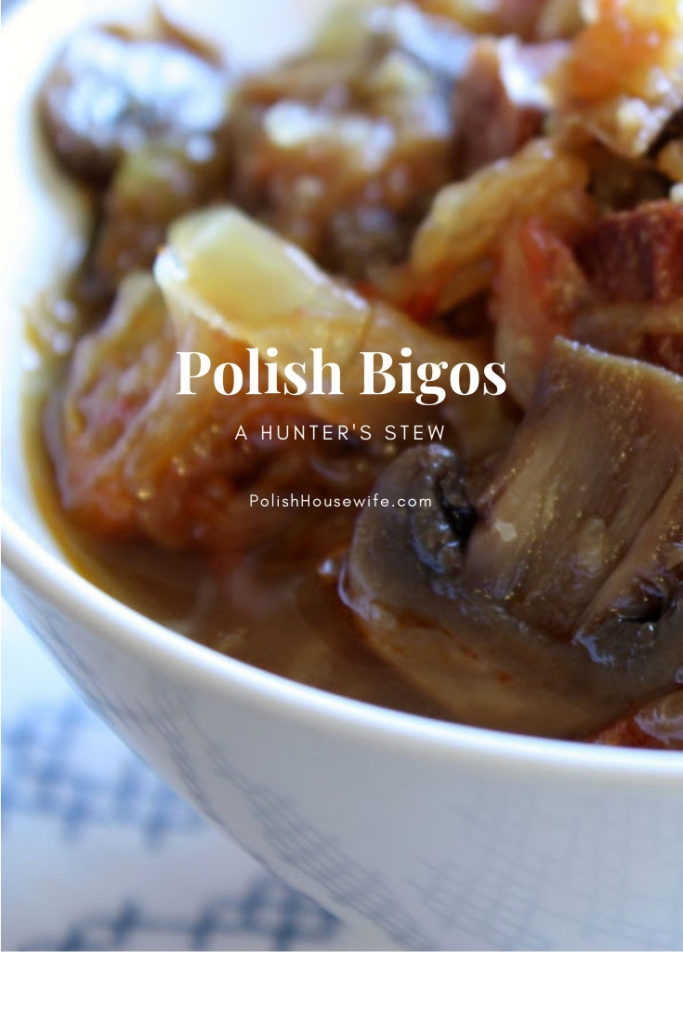 I remember hearing some controversy about the Bigos served at festivals because the government sanitation inspectors were saying that vendors had to prepare Bigos fresh every day, that they couldn’t serve leftover Bigos. Polish housewives, the real ones, were up in arms, saying Bigos wasn’t at its best until it had been reheated a few times. 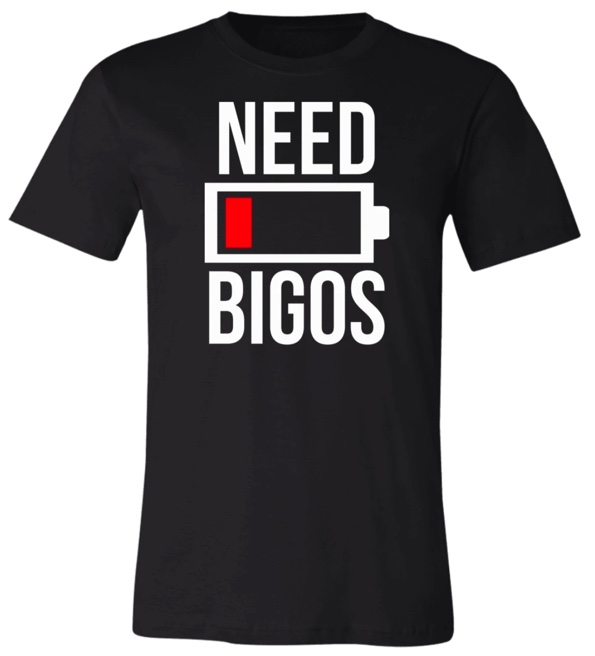 Need Bigos Low Battery – click on the photo to buy the shirt from Polish Shirt Store!