Trays piled high with Faworki and Pączki fill the supermarkets and little shops for Tłusty czwartek or Fat Thursday. Faworki are also popular at all kinds of family meal celebrations, Easter, Christmas, and weddings. 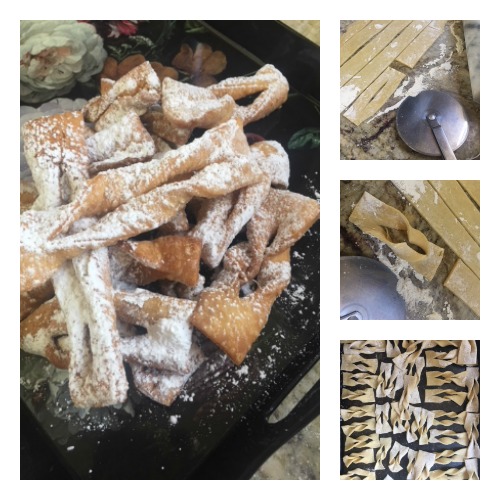 They are so popular that in areas of the US with large populations from Central Europe; bakeries insist that customers place their Christmas and Easter orders for Faworki in advance.

Like many Polish recipes, the pastry is traditionally fried in lard. You can, of course, use other oils for frying; there will be a slight difference in flavor.

Even though they’re rolled in powdered sugar, the plain, rich dough, is only lightly sweet. While it might not be traiditonal, I think it benefits from the additon of lemon and/or orange zest; it just adds a bit of brightness. 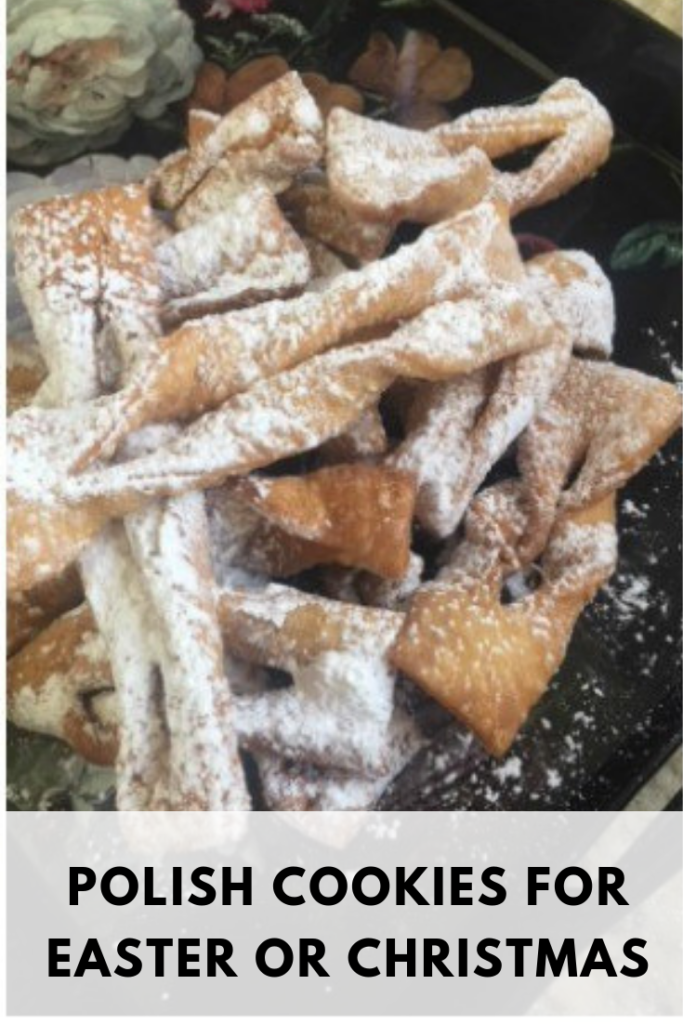 Some cooks will knead or roll and re-roll the dough until it blisters. Being a lazy sort, I didn’t, but it still blistered upon frying. By all standards, this probaly makes a small batch, only 48 Faworki. You can easily double or triple if you’re feeding a crowd. 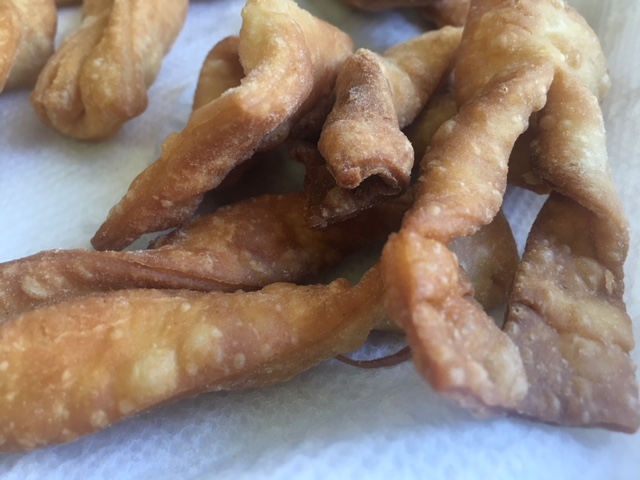 What do you call them, Chruściki, Chrusty Faworki, Angel Wings?

You can freeze the leftover egg whites to save them for a recipe that only uses egg whites.