Even though Polish supermarkets carry produce from all over the globe, Poles tend to eat what’s in season locally, at least to a greater extent than we do here in the states.

At a lunch meeting with Polish friends in the fall, one of the ladies remarked, “this will be my last salad until spring.” The restaurant will likely still be offering a salad on the menu, she just didn’t plan to order it. That line of thinking makes spring and summer the perfect time of year for Mizeria (Polish Cucumber Salad). 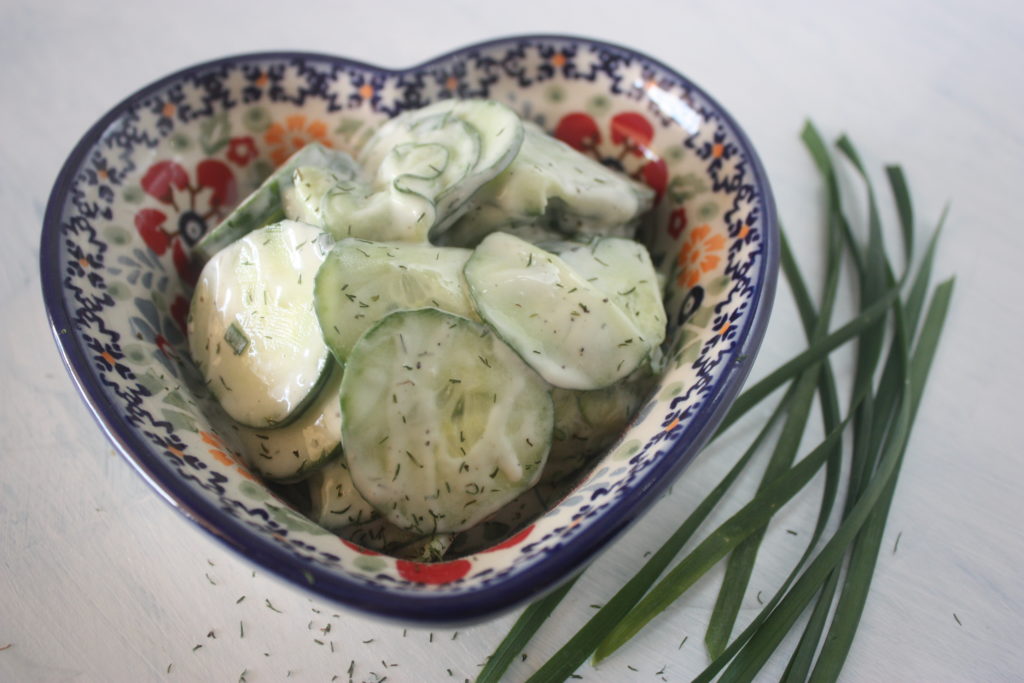 Mizeria is the Polish word for misery. The taste is wonderful, but the dish was said to make Queen Bona Sforza, an Italian princess who married Polish King Sigismund I in the 16th century homesick for Italy.

The queen is credited with bringing a great variety of vegetables to Poland. The popularity of her Italian imports soon spread beyond the confines of the garden at Wawel Castle in Kraków.

I’ve been told that the Polish word for vegetables means “things from Italy” because of the new plants she brought to Poland.

This salad of cucumbers in sour cream is a cool and refreshing side dish. Even in their somewhat wilted state (from the salt and vinegar), the cukes still provide some crunch. 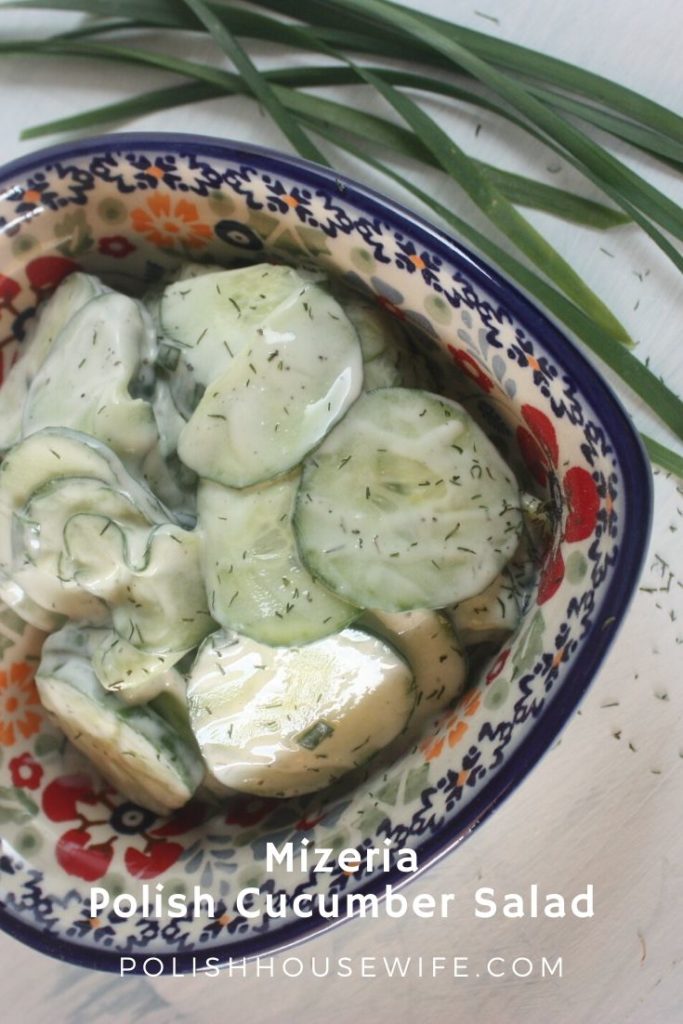 I ended up making two batches of Mizeria before this post. The first vinegar I grabbed from my pantry was a fig balsamic vinegar. The color of the balsamic vinegar was so dark that it turned the sour cream brown, not exactly what I was hoping to photograph.

So I whipped up a second batch with apple cider vinegar. Fortunately, we really like this salad, so having two bowls of it is not a problem. 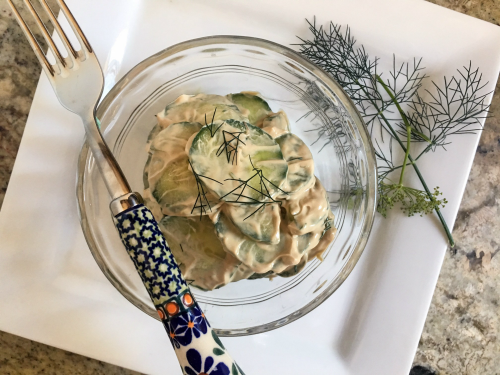 I have to say that for flavor, I preferred fig balsamic vinegar even though it would not be a traditional choice. It went so nicely with the other tastes and the hint of fig added an interesting note.

My fig balsamic dressing sounds a little too Mediterranean for a Polish dish, but it does seem to be in keeping with the trend set by Queen Bona Sforza. Whatever vinegar you chose, I know you’ll enjoy Mizeria (Polish Cucumber Salad).

(PolishHousewife.com participates in the Amazon Associates program and earn commission on purchases via the links below)

A refreshing salad of cucumbers in sour cream