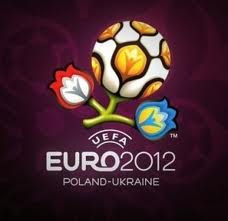 After completing an application months ago, I had an interview last week to volunteer during the Euro Cup in Poznan this June. It remains to be seen if I’ll be selected and in what position. I’m happy to say that I passed my Spanish test. Profesora would be pleased.

We’re expecting a tent city of Irish fans at Lake Malta- wondering if this impact my bike riding.

Irish fans are planning to have dental work done while while they’re here for the matches. Dental care is much less expensive in Poland than in Ireland, and cheaper than in the US for that matter. Local dentists have reported a big increase in June appointments with Irish patients. I think they’ll be pleased. Ed has had to have dental work done here and it seemed to be state of the art.

The many infrastructure improvements continue – roadways, tram lines, the stadium grounds itself. Will they all be finished by June? OMG, I hope so. I’m also glad that after putting up with temporary tram lines, construction related traffic jams, and a stadium that could be outdone refreshment-wise by American high school sporting events, that we’ll be here long enough to enjoy the improvements.