This recipe for Polish Sausage & Roasted Vegetables involves some chopping, so it’s something you might want to prepare on a weekend rather than a weeknight. I recommend making a double recipe on a Sunday afternoon to ensure you’ll have leftovers to reheat quickly after work for a hearty mid-week meal or a lunch sure to make your co-workers jealous. 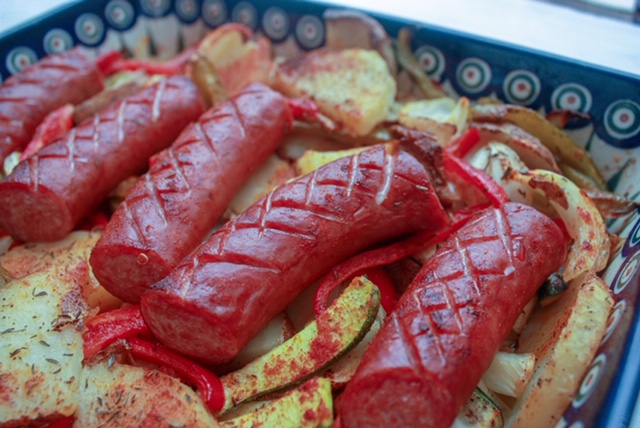 We love what we know here in the United States as Polish sausage. It’s a garlic-y, smoked sausage, you can buy one brand or another. They’re interchangeable. Obviously, I don’t live near a Polish deli, we’re shopping the grocery store brands.

Imagine my surprise when I went to a Polish supermarket looking for something called Polish sausage or kielbasa, or even resembling what I knew as Polish sausage. The Polish butcher case holds dozens of sausages, many named for the region in which they originate. The word kielbasa just means sausage, not a particular kind.

My husband asked a Polish friend which one was the best. Krzysztof’s advice? “The most expensive one.”

I participate in the Amazon Associates program and earn a commission on purchases via the Amazon links. 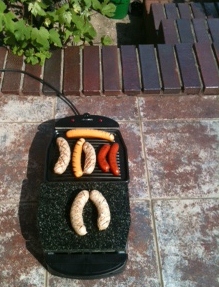 My friend Elzbieta, a retired food technologist, was often my tour guide to Polish food. A visit to her home in Swarzędz one summer day included a sampling of sausages.

She had visited her favorite butcher and purchased four or five varieties which we cooked on an electric griddle on her back patio sitting among the tomato plants with a view of the farmer’s field.

I had every intention of only tasting the many sausages, but they were so good that I kept going back for more.

It was on this visit that Elzbieta taught me the pine cone cut for sausages. I’ve also heard this referred to as pineapple cut, making shallow crisscrossed diagonal slashes.

I’ve used the pine cone cut in this dish because it adds visual interest, and we eat with our eyes first. 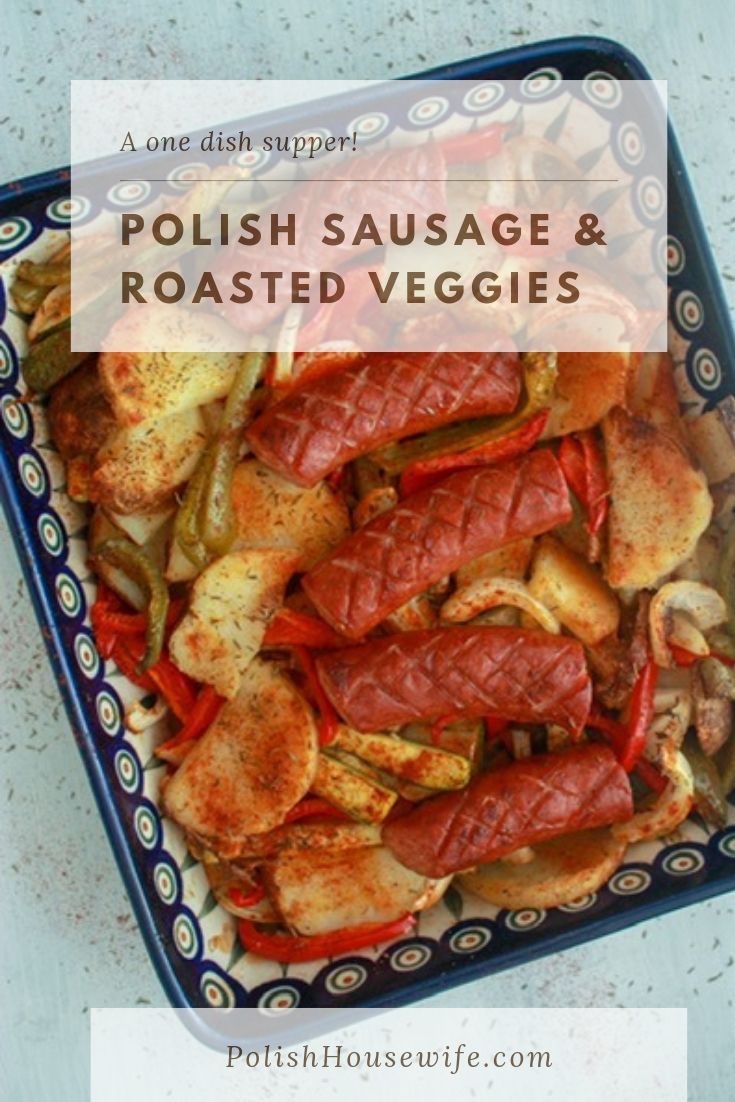 What to serve with Polish Sausage & Roasted Vegetables.

We ate this as is and enjoyed the benefits on an all-in-one pan meal, but if you don’t mind dirtying another dish, it would be great with any of the following, although, you may choose to omit the potato with the roasted veg:

I’ll just add a quick note on the treatment of the potato in this recipe. I’ve tried slicing a raw potato and adding it to the mix along with the other veggies and sausage, but I wanted a better texture. The potato was cooked; it was tender, but I wanted something a little more crisp, a bit more done. I wanted there to be a difference in texture between the inside and outside of the potato slices.

Tell me, what’s your favorite thing to toss in a casserole?