Polish Drop Noodles or Laid Noodles as the Polish name (kluski kładzione) translates are simple to make with just a few ingredients. There are bound to be variations from one family to another, but it’s something that everyone makes and loves. 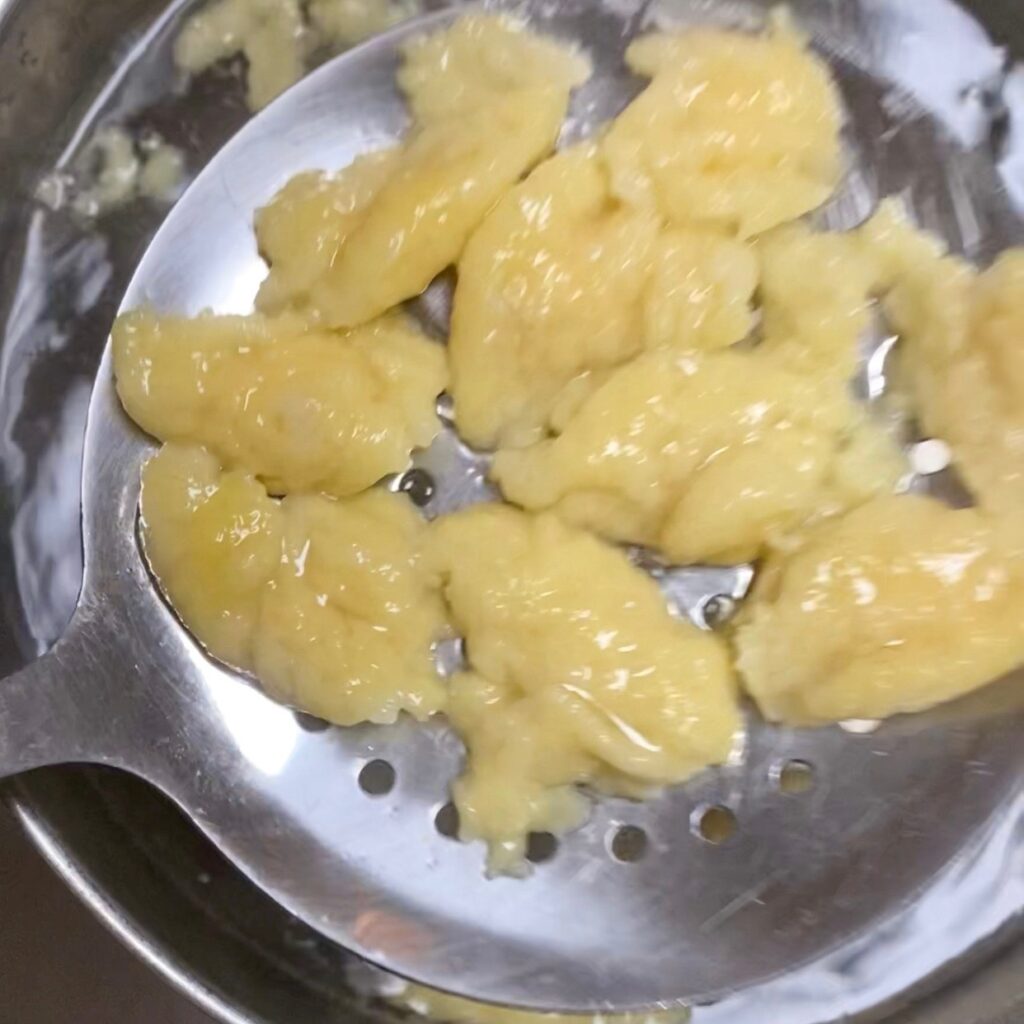 The most likely variation will be in the liquid used in the recipe. I’ve used water, but some cooks like to use milk or broth. Why not add a little more flavor? Adding a bit of fat to the recipe is also optional. I’ve used a tablespoon of melted butter, but you can leave it out or substitute bacon grease or another fat.

So many variations and I haven’t even touched on the fact that Polish Drop Noodles can be used in sweet or savory applications. I’ll list a few possibilities. Feel free to add your own in the comments below:

Making noodles might sound intimidating, but I want to assure you that it could not be simpler. You scoop up a small amount of the batter along the edge of a spoon and lay the batter into the hot liquid, hence the name laid noodles. If it doesn’t release from the spoon, a little sideways motion will do the trick. You can see my video of the process on TikTok here.

I’m cooking the noodles in simmering salted water, but if you plan to add them to broth, you could cook them in the broth instead of water, provided that you’ll be eating all of the soup right away. Polish cooks don’t add noodles directly to a soup they’re going to eat over time. The noodles keep soaking up liquid and make the broth cloudy. That’s why you’ll see noodles or pasta cooked separately and added to each bowl as the soup is being served.

That seems like plenty to get us started. Let me say that Polish Drop Noodles can also be made by adding cheese or potatoes to the dough. I’ll get to those recipes soon. In the meantime, let me know how you like these.

I participate in the Amazon Associates program, purchases via the links below help to cover the costs of running this website.

To reheat, add to hot soup or broth, or saute in butter.