There has been a Krupnik recipe on my website for years. It’s a very popular honey and spice liqueur. This Krupnik is a lovely soup with barley and veggies.

Like most soups, you’ll find variations in recipes, but the constants will be barley and veggies. You will find at least one member of the allium family if not more, onion, leeks, garlic. There will definitely be carrots, potato, and parsnip or parsley root. There might dried mushrooms. 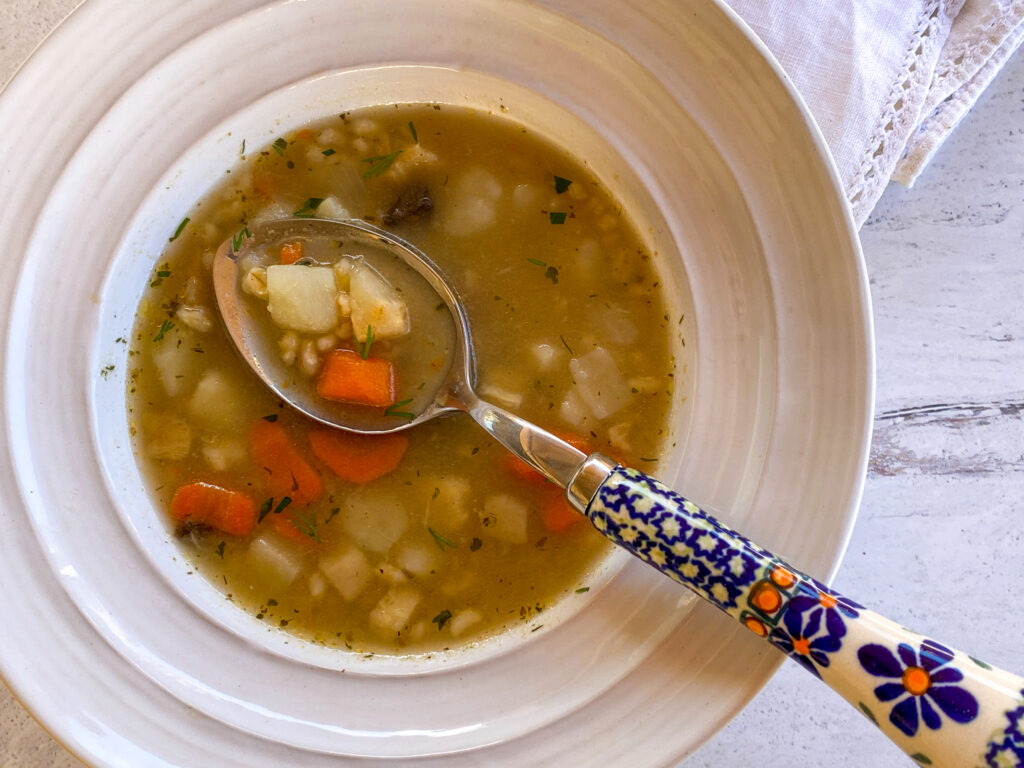 The Krupnik stock might be beef, pork, chicken or vegetable-based. I’ve used a couple of chicken thighs to make chicken stock for the soup. You can shred the meat from any of the bones that you’re using and add it to the soup, but you won’t see any chicken meat in my photos. I needed tempting treats for a dog training session, so the chicken thigh meat went to the dogs rather than the soup pot. The Spruce Eats uses the whey from making twaróg as the soup liquid.

The barley is most often barley groats. Barley groats or hulled barley are grains of barley with the bran still intact- only the inedible outer coating has been removed.

You’re probably familiar with pearl barley which is readily available – barley with the bran removed. That’s what I used in this recipe. 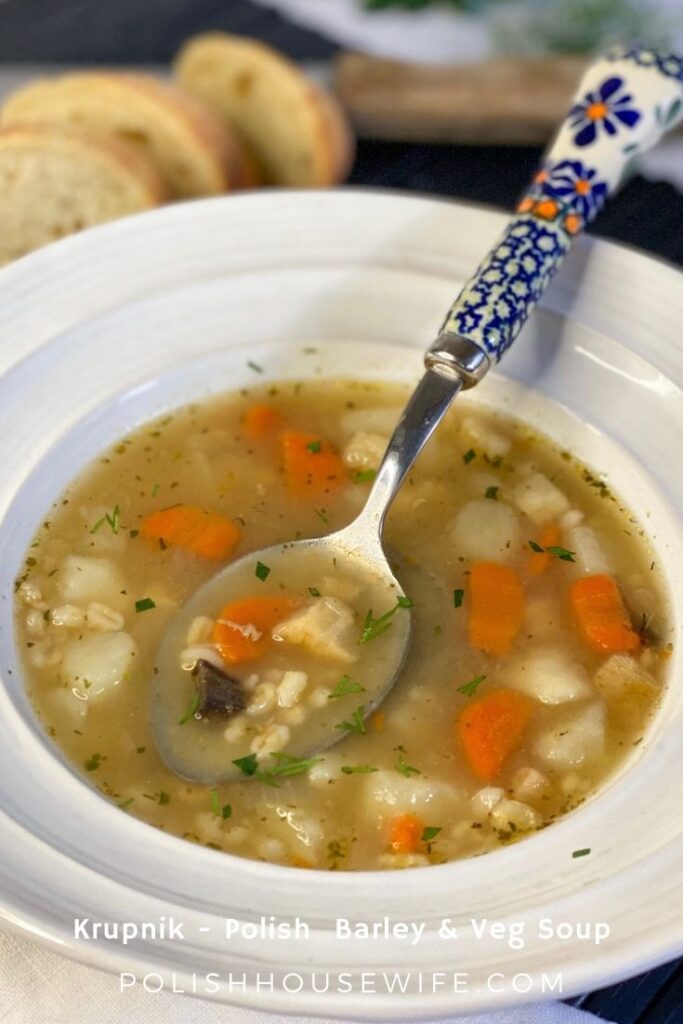 This recipe is adapted from the version on kuchina-domowa.pl.  Like all soup recipes, you should adapt it to your taste. If you absolutely love mushrooms, add more. If you don’t like them, just leave them out. I hope you’ll try this tasty, old-school Polish Krupnik recipe. It’s a keeper!

PS – here’s another soup idea to use up your package of barley!

Amazon links are part of their Associate program and your purchases (of almost anything) via these links generate a commission for this website.