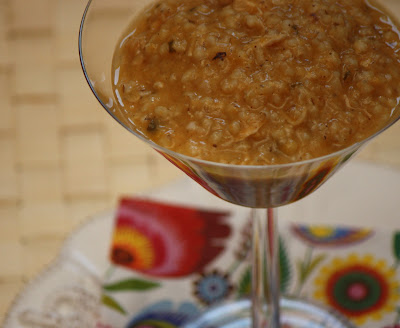 Just before I moved to Poland, my friend Charlotte gave me this recipe for butternut squash and barely soup.  She had tasted it at a church dinner the week before, and tracked it down.  She said that she knew I’d like it, and after all, a woman moving to Poland should have a really good soup recipe in her hip pocket.

This soup would have hit the spot when I arrived last March, but butternut squash was not to be found.  It’s now autumn – soup weather again, and I still haven’t come across butternut squash.  Determined to make this highly praised soup, I substituted sweet potatoes. 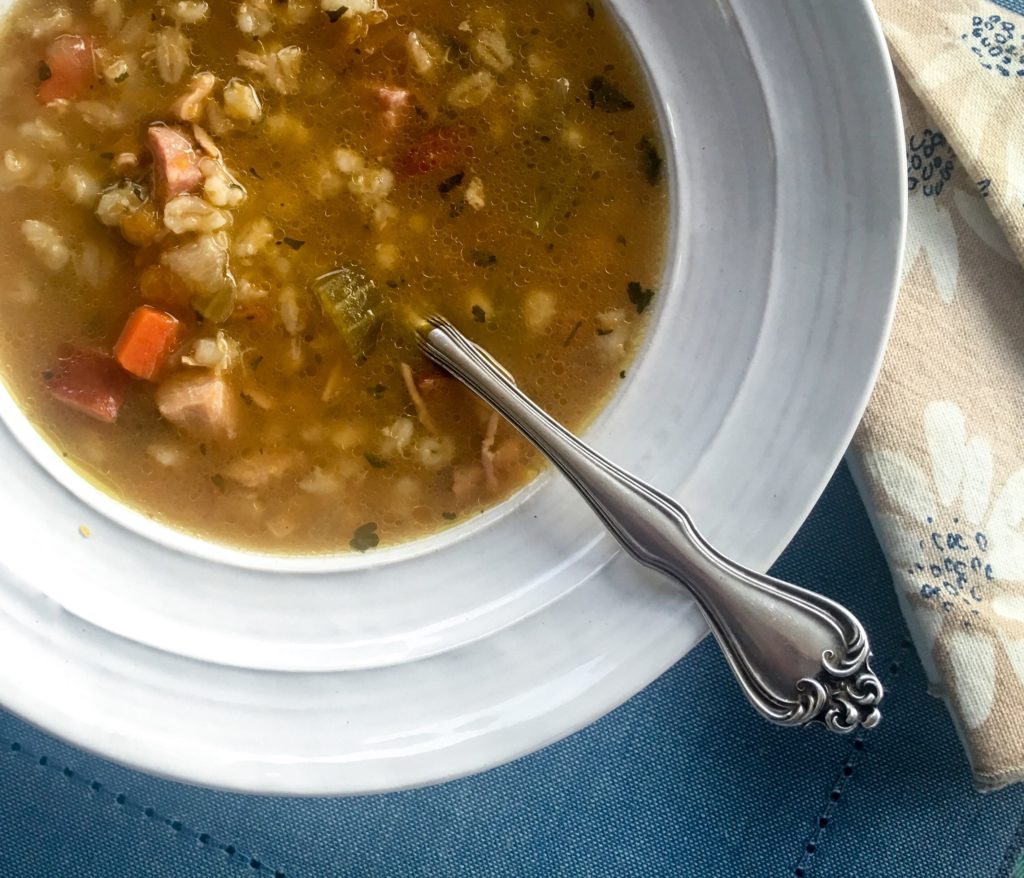 I was a little worried when I read about adding 2 inch cubes of raw butternut squash.  I was imagining very large cooked chunks of squash that would need to be cut with the side of a spoon as you were eating.  I chickened out and  cut the sweet potatoes into 1 inch cubes.  I shouldn’t have worried.  The sweet potato (and I expect the squash will too) sort of disintegrated becoming part of the broth and adding great flavor, color and texture.  The soup was delicious and one that I know I’ll make often because it was so easy.  Preparing it as I did with 2 sweet potatoes, the soup has 118 calories per cup and over 5 grams of fiber.

The recipe butternut squash and barley soup was submitted by Faye Pietsch and published in the February 2007 issue of Guideposts. 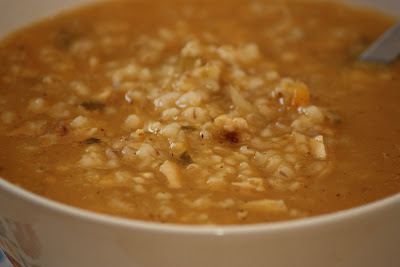 For a vegetarian/vegan option, I suggest using vegetable stock instead of water and omitting the turkey.

PS – Ed took this soup to work, and Major Demel felt that this soup was missing one classic Polish ingredient. . . sausage!!!  I have to admit he’s right; it would be a great addition.  If you’re not counting calories, tossing a little kielbasa in with all of the other ingredients wouldn’t hurt.