As I was leaving Arizona to move to Poland, a friend gave me two books about my new home, one was James Michener’s historical novel, Poland. I must admit that I didn’t start it right away.

I’d been leery of Michener’s writing ever since a senior officer in Ed’s squadron recommended Michener’s Iberia to me when we arrived in Spain in the early 1980s. I checked out Iberia from the base library and renewed it a couple of times.

I could not for the life if me get into the book. It remains to this day, one of the few books I’ve started and not finished. As I recall, the book starts with the formation of the geographic land mass that is the Iberian peninsula. There was no dialogue. I work on it for days and was never rewarded with any characters or conversation, ugh! 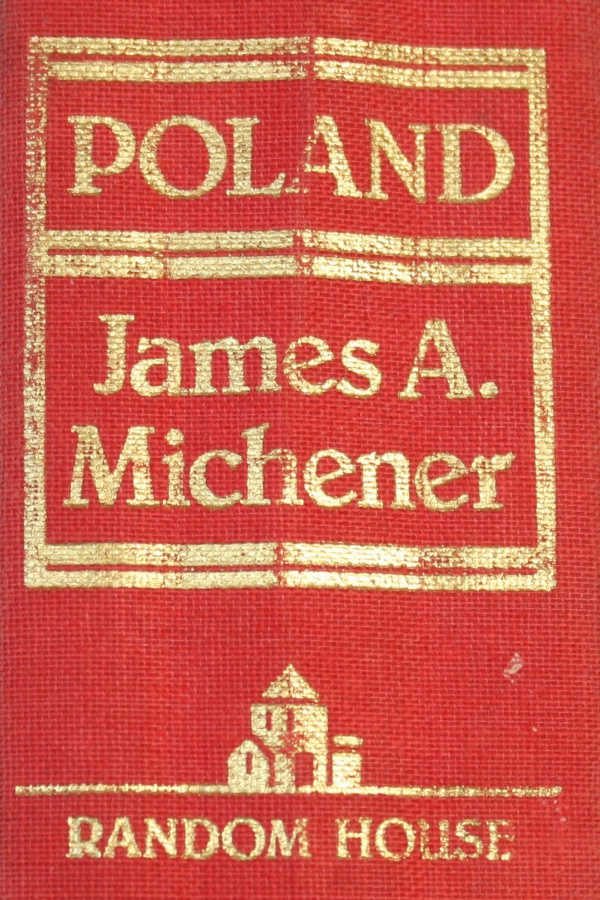 It was a relief when I finally did open Poland to find people and conversation waiting for me in the first few pages. The story opens with a government official negotiating with farmers about production during the Soviet times.

Then we’re whisked back into the past, to medieval Poland, a land of magnates and serfs. We follow families rich and poor through hundreds of years of history. It was an amazing history lesson!

The Amazon links below are part of their Associate program. Purchases via these links generate revenue for this website at no additional cost to you.

Key points that I took away:

If your family is Polish, you may think these are things everyone knows, but I certainly didn’t learn them in school.

Michener spent four years doing research before he published Poland in 1983. He met with historians, scholars who could tell him about Polish music and other arts, military experts, and clergy who could speak about the history of the church in Poland.

In the end I was glad that I had spent some time in the country before reading the book. It helped me to “picture” things, and knowing a few Polish phrases that were tossed about like Pan and Pani made me feel like I was in on the secret. In case you’re interested in Poland or world history, I highly recommend this book to you.