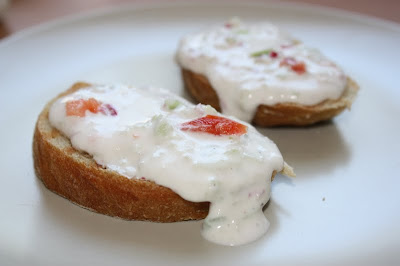 I first made this spread after a visit to a small Polish dairy farm  because I came home with some of their farmer’s cheese – made from the last evening’s milk.

I’d never used used this cheese before, but I’ve been told most Poles eat it sliced with salt and pepper.  One of my friends likes to have it drizzled with honey.

I decided to make a Farmer’s Cheese Vegetable Spread. My original attempt is pictured above.

I participate in the Amazon Associates program, and earn a commission on your purchases via these Amazon links

My first attempt included such veggies as tomatoes and cucumbers.

I’ve decided they contain too much water and make the spread too runny, so they’ve been dropped from subsequent versions. 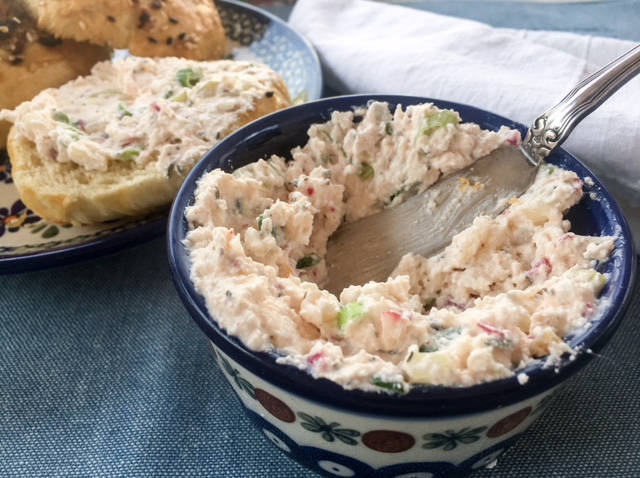 This savory spead is often seen on hotel breakfast buffets in Poland, but I could eat it any time of the day.

It’s a great combination of textures and flavors, creamy and crunchy, a little tart, a little salty, and nicely seasoned with herbs.

It’s delicous on toast, crackers, or as we’ve tried it most recently on the Bialy version of a bagel.

A savory cheese spread for toast or crackers