Picture the setting, it’s happy hour at a local watering hole, I’m meeting friends of friends. Everyone around the table, while we all have other professions, is interested in food. When my new friend found out that I write a blog about Polish food, he asked if I was familiar with the Bialy, which he pronounced be-alley.

He’d heard about the Bialy when his colleagues here in Tucson learned that he would be in New York City on business. While not available at the first bakery he tried, my new friend got directions to an old bakery in a neighborhood, outside of Manhattan, and found his Bialy. 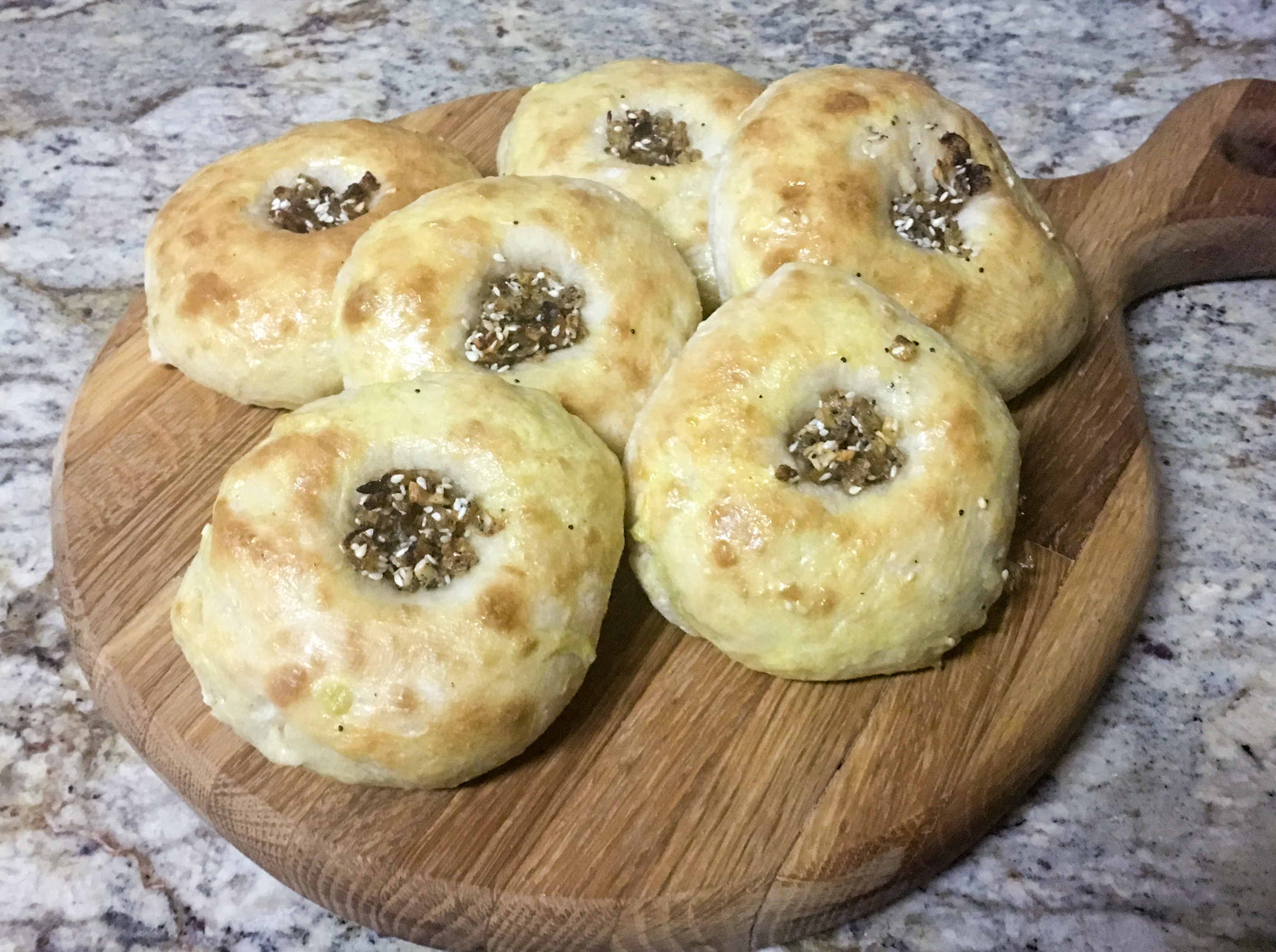 He described the Bialy as like a bagel but better. It didn’t have the very crusty exterior, the inside was lighter and more tender, and the best part, it was topped with onions. The folks in the bakery told him that the Bialy has a short shelf life, about 6 hours, so that might be why there not as widely known as bagels, which come to think of it don’t have a very long shelf either.

The story goes that the Bialy comes from the city of Białystok (which means White Slope in Polish) in northeast Poland. Bialy is Yiddish and short for bialystoker kuchen, the Polish name of this roll. Biały is Polish for white and pronounced more like be-oway. (When I see the word, it’s the only way I can hear it in my head.)

The recipe moved to the United States with Jewish immigrants who were escaping the pogroms and Holocaust, although their popularity seems limited to the area of New York City. The yeast dough, which, unlike bagels, is not boiled before baking, gets a depression in the center that will be filled with onions, and maybe garlic, poppy or sesame seeds, or bread crumbs.

Mimi Sheraton has written a book on Bialys, The Bialy Eaters: The Story of a Bread and a Lost World (available via my affiliate link). Sheraton, a famed food writer, tells the poignant, personal story of her worldwide search for a Polish town’s lost world and the daily bread that sustained it.

Since Bialys have been referred to as bagels that aren’t boiled before baking, I used my bagel recipe and shaped the rolls with an indentation rather than a hole in the middle. They are fabulous. If you’re going to eat bread, this is what you want to have. The texture is lightly chewy, and the savory warmth of the topping adds a smidge of yummy interest to every bite. There are a lot of steps to the instructions, but don’t let that put you off. I easily whipped these up one evening after work. They’re so worth the effort!

A gentler, less chewy version of a bagel 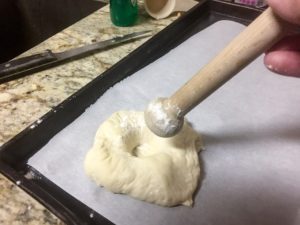