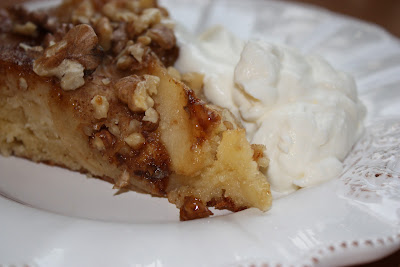 I’ve made about half of the recipes in this book, and we’re on our second week of free choice.  I decided to start at the beginning.  Recipe #1, Apple Upside-Down Cake.  Ed is a big fan of apple pie, so only half of this cake went to his office. 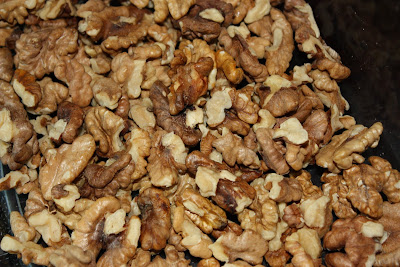 I started off toasting the walnuts that top the finished cake.  I love toasted nuts; it adds so much to the flavor.  I put more in the oven than the recipe called for – knowing that the leftovers would end up in a beet salad. 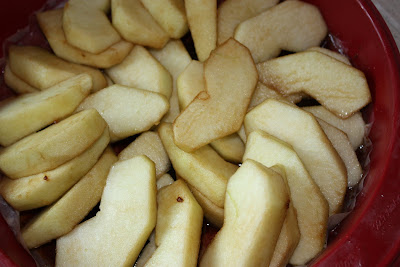 Caramel sauce and apples into the pan. 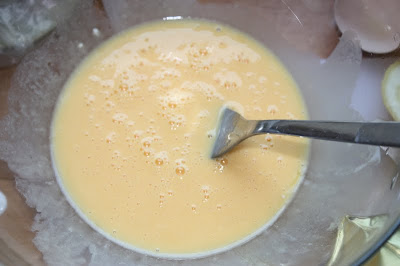 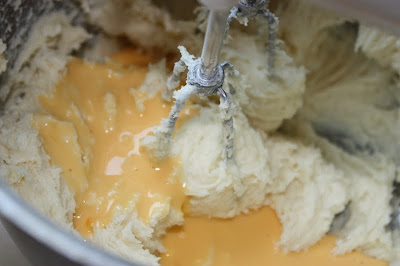 The dry ingredients are mixed with more sour cream and butter.  The egg mixture is added in two parts. 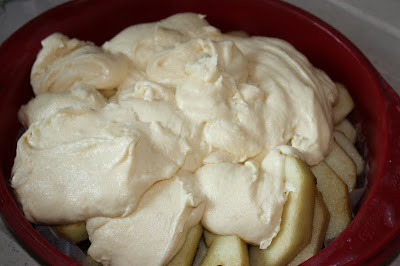 The batter is “blobbed” on top of the apples and then gently smoothed. 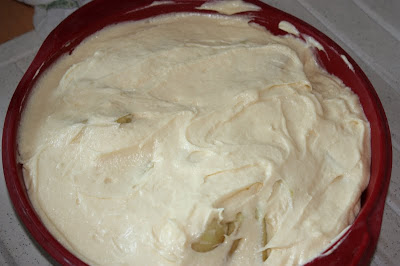 It bakes for 35 to 40 minutes.  I didn’t have any problem with the apples or caramel sticking to the parchment that lined the pan. 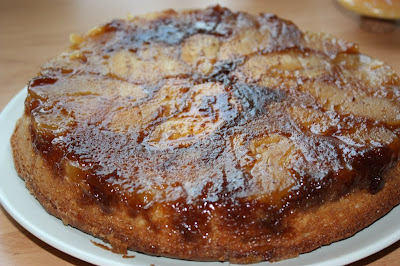 The cooled, toasted walnuts get a rough chop before topping the cake.  I didn’t have bourbon, so I added a little brandy to the whipped cream served alongside. 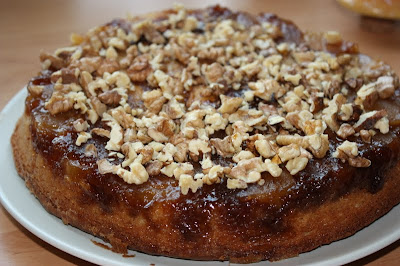 Rose gives us an alternate version with peaches, but in June, every farmers stand in Poznan will be selling cherries.  I’m picturing this cake with cherries, toasted almonds and Amaretto whipped cream.