Soup plays a huge role in the gastronomy of Poland. Popular yearround, here are the seven best Polish soup recipes to see you through the winter. A week’s worth of soup with no repeats!

Soup is the go-to first course in Poland rather than salad, and this time of year that makes a lot of sense. It’s a delicous, comforting way to work some veggies into your diet. 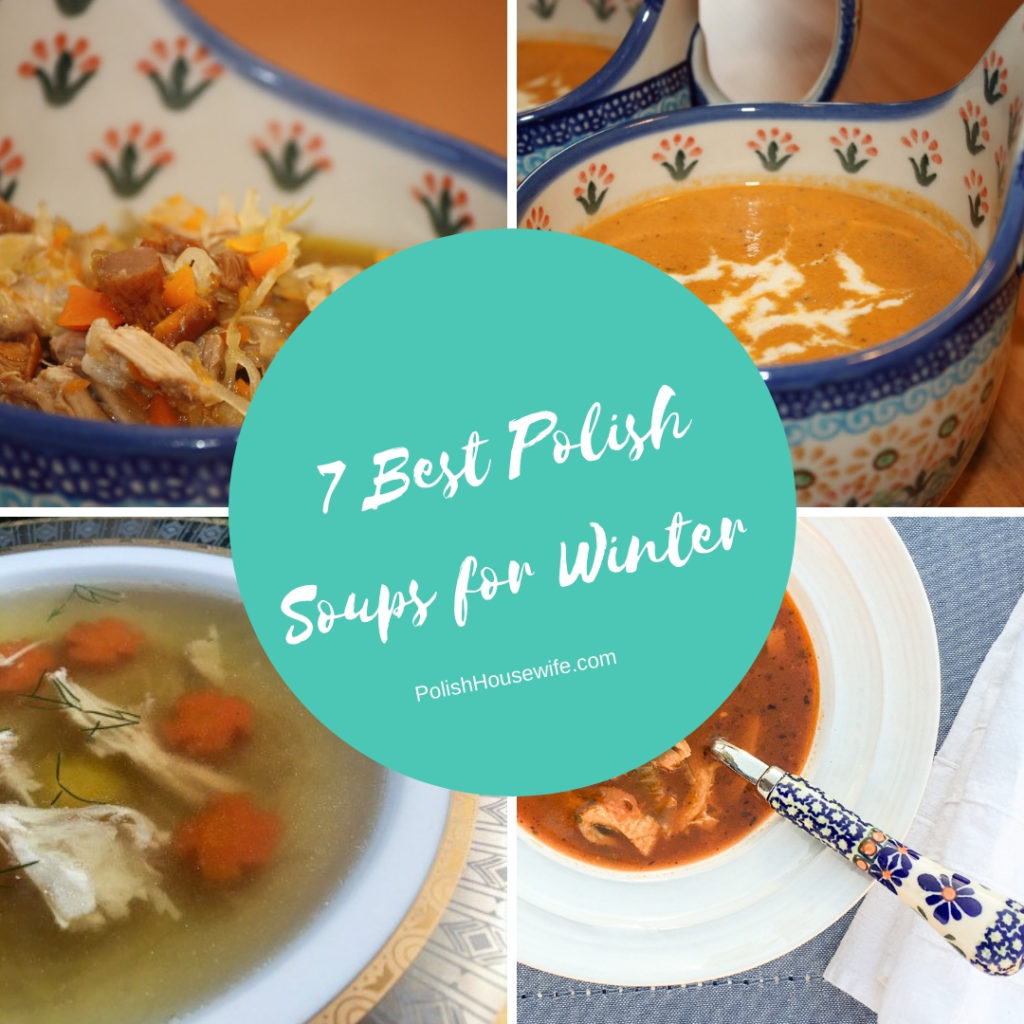 It’s worth the effort to make a big pot of soup on a Sunday afternoon. You’ll have lunch or dinner for the coming week.

Pair it with a good bread and you have a satisfying meal. I love the “brown and serve” baguettes. They’re warm from the oven and wonderfully chewy with a crisp crust.

I’ve bought them at Sprout’s and also in the grocery section at Target. I’m sure there are other places that carry them. They keep well in the freezer, so you can always have delicioius bread with very little notice.

1. Sour Rye soup or  Zurek – is a very popular Polish soup, unlike anything else I know. The base for the soup is water that has soured with rye flour, so if you’re making it from scratch, you need to start days in advance. Add in the standard soup veggies, herbs and spices, white sausage, and hard boiled egg for garnish and you have Zurek. It was the first Polish food that I ate in Poland, an order that I repeated many times.

I participate in the Amazon associates program which means purchase via the Amazon links below earn a few cents for this website.

2. Tomato Soup or Zupa Pomidorowa – there is no comparison between canned tomato soup and the real thing. A homemade tomato soup has a complexity with layers of flavor that set it apart. In Poland it’s often served with pasta, rice, or potatoes in the soup.

3. Sour Pickle Soup or Ogórkowa – I think my sister, so used to make pickle sandwiches as a child would like this soup. The idea is that you use some of the summer cucumbers preserved in brine and the usual mix of veggies to make this soup. It surprising to put pickles in soup, but the flavor it great! 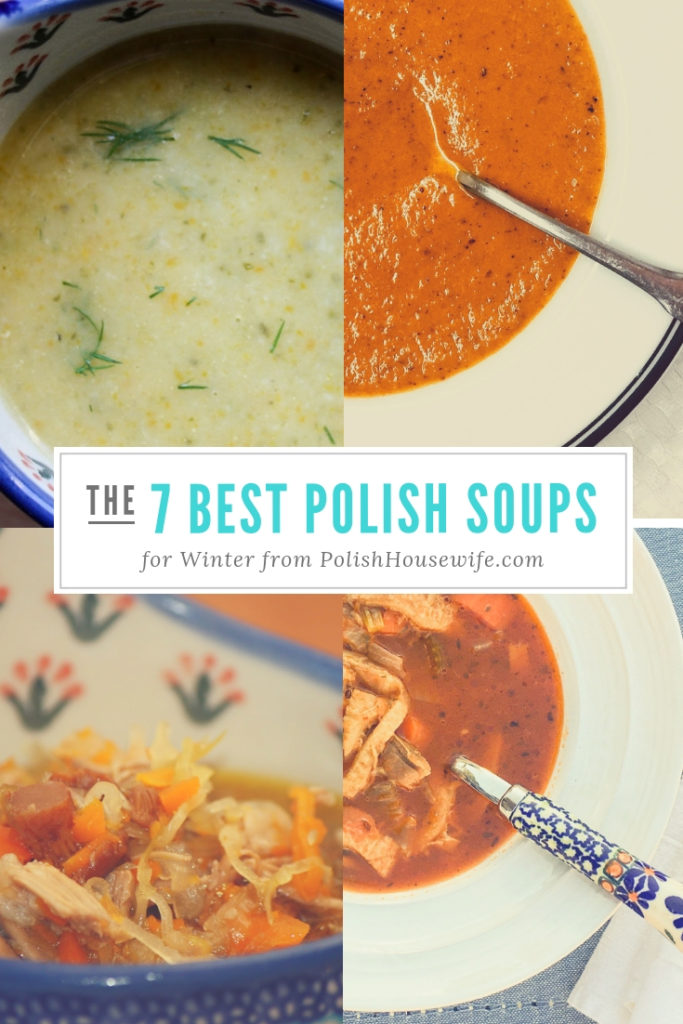 4. Sauerkraut Soup or Kapuśniak – this is one of those soups that would have never occured to me in a million years. To my American mind, sauerkraut was something that was occasionally served on hotdogs, and was a key ingredient in a Ruben sandwich, but soup? It you haven’t had it before, be prepared to be surprised. It’s fantastic!

This recipe calls for the addition of pork ribs, but many people used pork neck bones instead. Remember Poland was into nose to tail cooking long before it was trendy.

5. Borsht or Barszcz – Beefy soup bones with beets and other vegetables are simmered to create Barszcz. Although if this is a Christmas Eve dish, the broth will just be veggies. Before serving, the red broth is strained and served as a clear soup. It’s full of flavor, very garlicy and very tart from the addition of lemon juice. Some recipes may call for vinegar or take advantage of a little lacto fermentation to achieve a sour broth.

The hot barszcz is often served with krokiety, Polish croquettes, which are something like an eggroll, alongside. Another popular accompaniment to barszcz is a little dumpling called uszka which means ears because of the way the dumpling is shaped. The uszka are usually filled with a dried mushroom mixture.

6. Tripe Soup of Flaki – this soup is rumored to be a reliable cure for a hangover. It’s also been in the Polish reptoire for centuries. It’s rumored to have been eaten by King Władysław II Jagiełło in the 1400s. The flavor is marvelous, but those who didn’t grow up eating it might be bothered by the idea of a tripe soup or by the texture of the tripe. I recomment slicing the tripe very thinly and cutting it in to small pieces. It’s high in selenium and vitamin B-12, but like other organ meats, it’s high in cholesterol.

7. Chicken Soup or Rosół – I never understood recipes that talk about skimming the foam when making a broth. It seemed like busy work, until I learned to make rosół. It’s the patient skimming of every bit of foam that removes the impurities and gives you a beautiful clear broth. That’s the key feature of rosół.

Veggies are added to the boiling process and they may of may not be added to the finished soup. Many times they are just to flavor the broth. The noodles which are commonly added are cooked separately and put in the bowl before the soup is ladled over. This keeps the broth clear, and keeps the pasta from soaking up all the broth if you have leftovers. This is a classic recipe for Sunday dinner in Poland. One chicken can feed the extended family.

These are my top soups for winter, but given Poland’s love of soup, I’ll bet there are some you would add to the list. Let us know in the comments below.