When I first made ogórki kiszone (cucumber preserved in brine), my friend, Chris who used to write a blog called Kielbasa Stories, suggested that I try making Ogórkowa, a well-known soup in Poland (and Lithuania) made with these natural Polish pickles.

While well knows in Poland, Ogórkowa or Zupa Ogórkowa can be found in Polish markets or delis in other countries, but is not something widely known in the United States. I do suspect that my sister, who had a passion for pickle sandwiches as a child, will love this soup.

The thought of a pickle soup seemed unusual to me, but no more unusual that horseradish soup  or mustard soup, both of which are now part of my soup lineup. 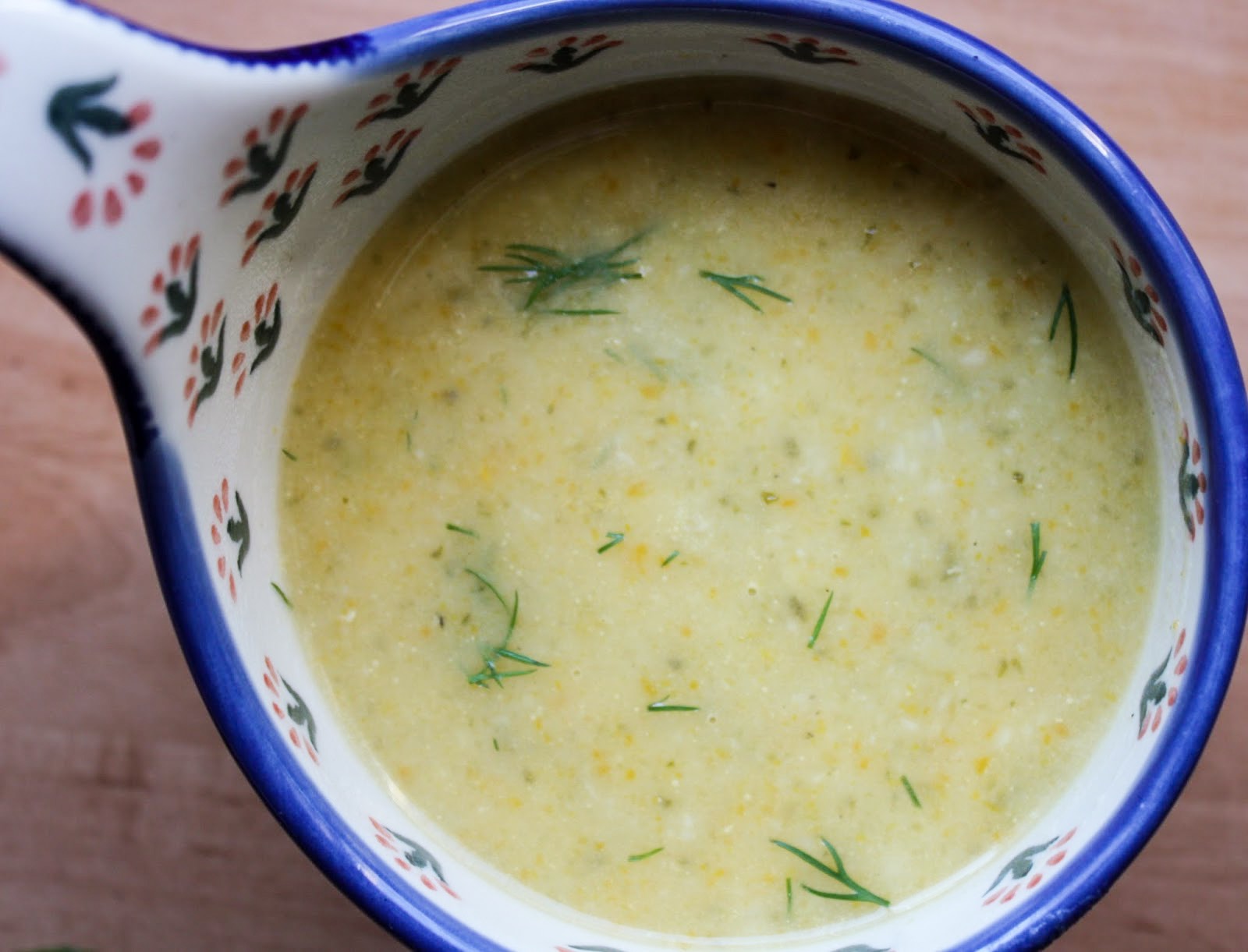 I feel like I can make a soup out of anything after living in Poland. With my brother and sister on their way to our home for lunch recently, I pulled a bag of turkey broth and the meat I’d picked off the bone out of the freezer, threw it in a pot with a bay leaf while I sautéed a diced onion with a bunch of carrots, julienned kale and a couple of cloves of garlic. The cooked veggies were added to the broth. It was all served over some leftover angel hair pasta in red sauce that I placed in the bowls. Voila! Delicious soup from what happened to be in the fridge. I must have been out of pickles, LOL!

I’ve read the recipe for Ogórkowa in a Polish cookbook in English, From a Polish Country Kitchen, which you can find via my affiliate link, and also on Allrecipes Polska. 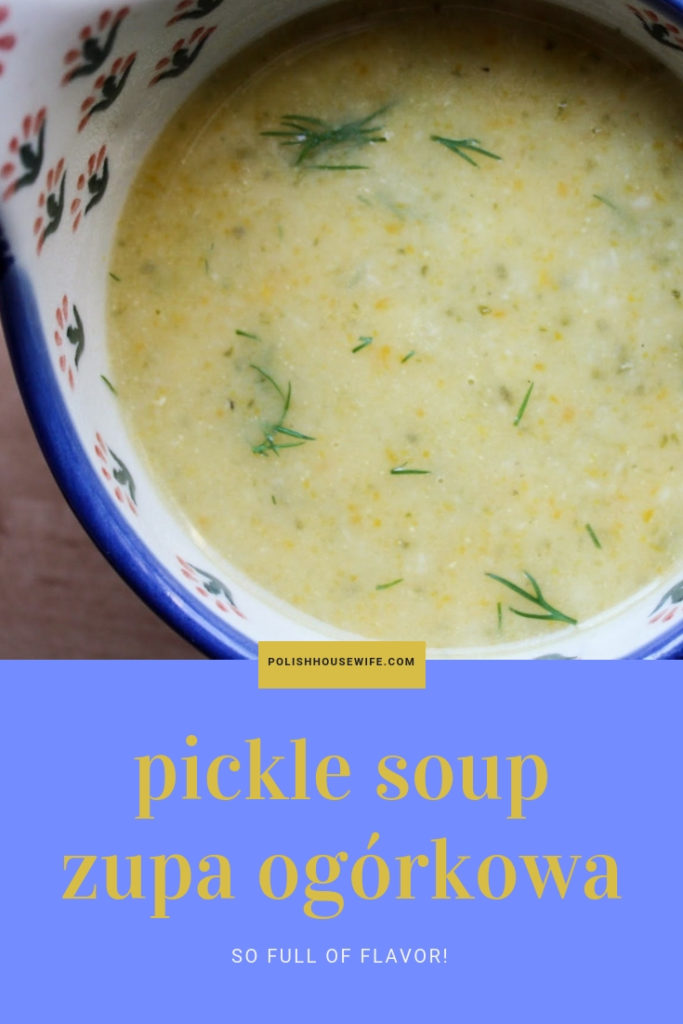 This is a combination of the two. The American version has you dicing vegetables and them blitzing them, but not until completely smooth. The Polish version, which I’ve gone with in the instructions, has you grating the cooked vegetables.

I have to say, I saw the grater used so often, in so many ways, in Polish kitchens. It was sometimes used in ways that wouldn’t have occurred to me. Need breadcrumbs for a recipe? Just grab last night’s baguette and grate it!

Ogórkowa is complex soup with many layers of flavor. As you can see from the ingredient list, it’s so much more than just pickles.