Zupa z Kopru Wloskiego – Fennel Soup was headlining on our menu when we hosted friends from the church where I work for a meal recently. We had Sue (who shared her relish recipe with us), Bill (one of our beloved volunteer receptionists), and Mila and her husband Jan. Mila is a Russian-Swedish artist, whose Icons in Transformation exhibit is at the church for the next few months. Jan is originally from Bydgoszcz, Poland, He grew up in Sweden, but he was raised by a Polish mother, so I suspected that soup would be a most welcome first course. 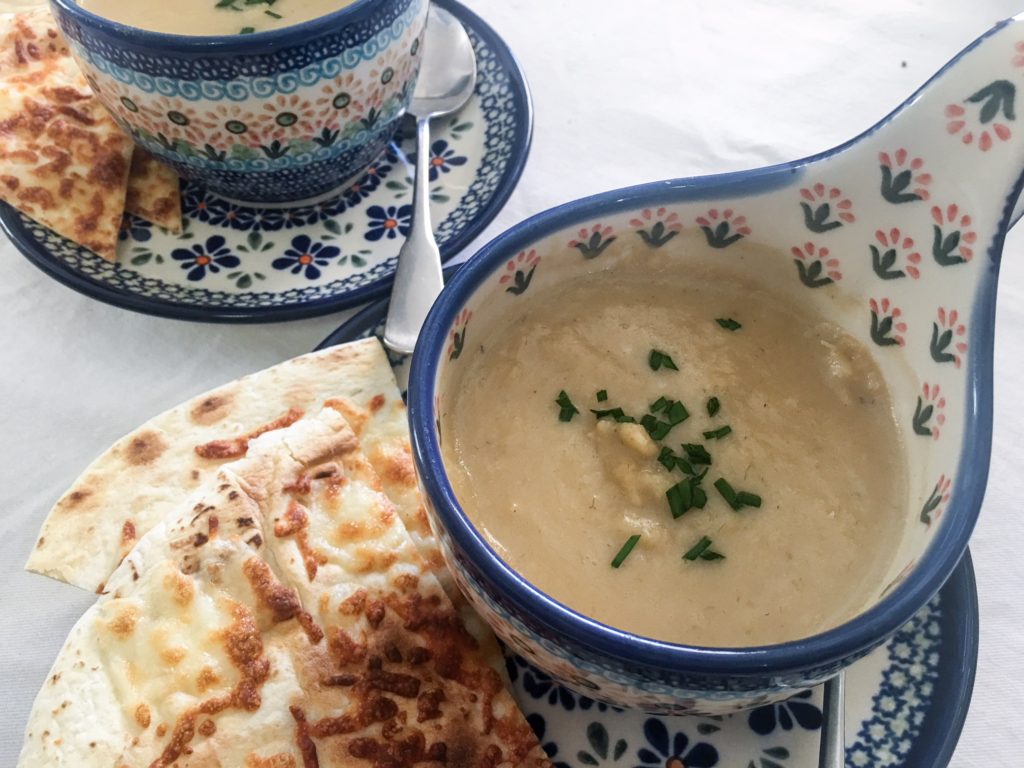 We were serving salmon, and fennel was one of the many complimentary flavor listed in The Flavor Bible (affiliate link). Fennel soup it was! Given its appearance and the fact that Fennel or Koper Wloski is from the Mediterranean, it makes sense the Polish name translates as Italian Dill.

Fennel isn’t something that I ate growing up. I first tasted it a few years ago when we visited Ireland. I had a quiche with fennel in a wonderful wine bar, that was owned by a Polish woman. I’ve found a few ways to use it since that first experience. The Zupa z Kopru Wloskiego – Fennel Soup is definitely a do over. It was perfect to proceed the salmon. The flavor was harmonious without being overpowering. I’d love to hear about the ways you use fennel. 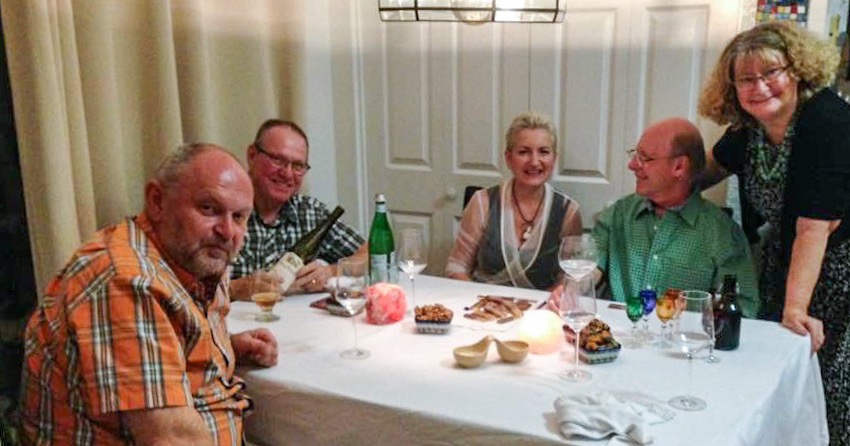 Layers of flavor in a delicious cream soup

You might include a peeled and cored, sliced apple to the vegetables as they’re cooking.
Candied nuts would also make a nice garnish.