Not long after I arrived in Poznan, three different people mentioned Sweet Surrender to me.  Some more than others.  Thank you God and Klaudia for your persistence.  Now, let me tell you about it.

The coffee shop, one of three in Poland, is owned by a Nazarene missionary foundation.  There are three missionary couples here from the US and 13 Polish paid staff members and volunteers.  For the last 13 years, I was the business manager of a large church in the US.  We had talked about coffee shop ministry and other ways of “taking it to the streets,” so to speak; it was an idea that interested me. 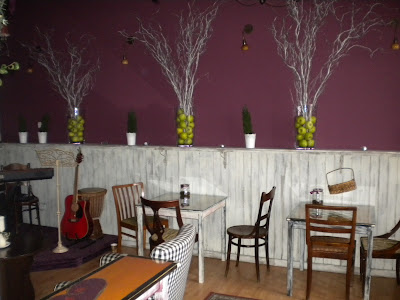 The shop is several rooms on the ground floor of an old apartment building.  It’s furnished with a mix of Ikea and flea market finds.  I love the look of it; it feels like there’s always something interesting that I haven’t seen yet, just around the corner.  The menu, which changes quarterly, has an American feel to it — coffees, teas, soups, salads, sandwiches, and baked goodies.  That’s where I come in. 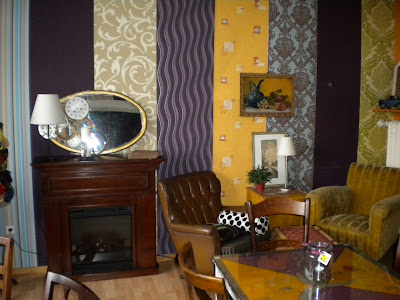 You probably already know that I like to cook; I especially like to bake.  These nice folks have welcomed me, another volunteer, into this coffee shop family and into their kitchen.  Two mornings a week, I arrive at the shop before it opens, and bake a pan of brownies, put on a pot of soup, or maybe make homemade marshmallows for the hot chocolate.

The shop has a peaceful, relaxing feel to it, but there is a lot going on.  On Monday nights, they host a knitting group.  Want to learn?  They’ll teach you.  You can knit for yourself or work on hats for the homeless.  There’s also The English Club, language lessons that can open up career opportunities.  They host coffee nights, inviting the public, but especially baristas from other shops to coffee tastings and trainings.  Out of respect for the neighbors, concerts are limited to acoustic groups.  The handiwork of local artists and crafters adorn the walls and display cases.  A book exchange that took place last week had people lined up out the door. 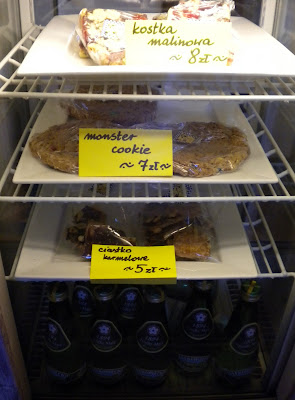 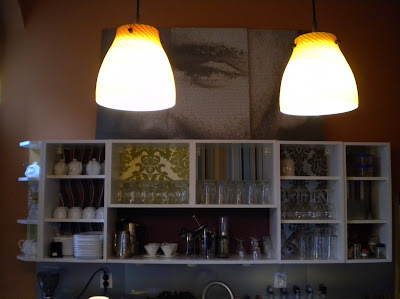 On Saturday evenings, there’s a worship service after the shop closes.  Once a month or so, they’ll rent a meeting room at a nearby hotel and have a large worship service complete with fantastic gospel music by Brian Fentress and reGeneration.

Want to try one of the recipes?  Check out this popular soup!