This has been a big summer for travel.  After hosting my mother, sister, and brother, we took off for a massive road trip  2,222 kilometers or 1,380 miles to be exact.  We were gone for about ten days spending time in Munich, Venice, Vienna, Wroclaw, and finally back to Poznan. 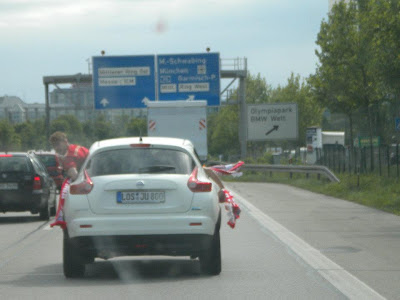 Munich – we were in town during the Champions League Final Match with Bayern Munchen and Chelsea.  It was fun to drive into the city along with all of the fans – red and white scarves (and sometimes the fans themselves) streaming from their windows.  The match wasn’t the reason for our trip, but as long as we were there, it made sense to price tickets.  It seemed like a better use of our cash to pay a month’s rent, so we watched the match on TV in our hotel – an exciting game with Chelsea taking it in a penalty kick shoot-out at the end.

The reason for our trip was to meet up with some of Ed’s flying buddies, USAF pilots stationed in Germany.  We visited many a beer hall including one at Monastery Andechs, a Benedictine community outside of Munich. 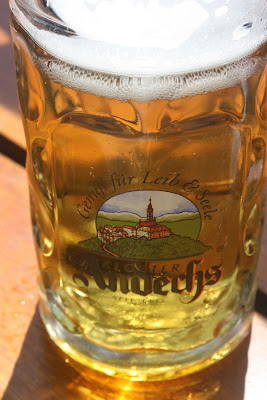 Venice – our next stop involved driving through the Alps, one breathtaking view after another!  We were on our way to meet Ed’s brother and our sister-in-law.  They were touring Italy (in celebration of Carol’s semi-retirement) and Venice was their last stop in Italy.  They travel the rest of the way by car with us.

I was glad that I lugged my DSLR camera on this trip.  The photos really are better.  The light in Venice was perfect – overcast, so shadows and glare were minimal.  Some of my photos from the trip make me want to take up painting. 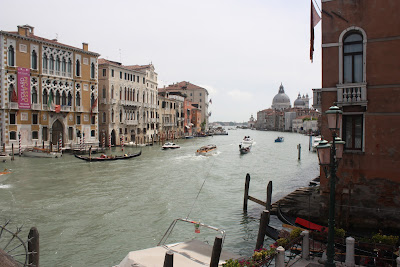 We were in Venice back in the 1980s when we lived in Spain.  It’s changed a lot since then; it’s much more commercial, filled with many more tourists.  I don’t think I heard anyone speak Italian in the three days we were there.  It felt a bit lit Disney Epcot.

Vienna – we spent a couple of days in the Austrian capital.  A hop-on hop-off bus tour of the city included views of important architecture, this city’s history, and an impressive view of the Danube – one heck of a river!  We rented an apartment during our stay on the outskirts of town, near the Schonbrunn Palace, a spectacular hunting lodge.

Wroclaw – we just spent one night in Wroclaw to break up the drive and to show Jim and Carol a Polish city besides Poznan.  We had dinner in the old square and took in the panoramic painting.

Finally, home sweet home, for a couple of days.  We got to show the Pennsylvania relations around Poznan for a few days before they flew out of Berlin.