In the United States it’s Labor Day weekend, a Monday holiday honoring the achievements of American workers, our May Day. It’s also seen as the unofficial (if not accurate) end of summer. 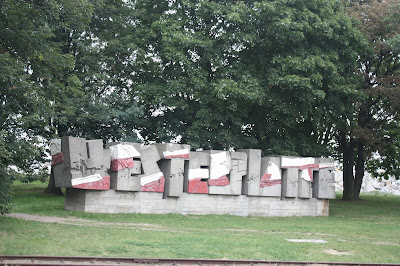 The trams and buses in Poznan are sporting flags this weekend, but it’s because on this date, 74 years ago, Nazi Germany’s invasion of Poland began. The first attack was on a military depot on the Westerplatte peninsula of Gdansk harbor.

We were in Gdansk last summer and visited Westerplatte, saw the ruins, monuments, read about the invasion and what followed. There were less than 200 troops stationed at this quiet outpost. Those brave souls held out for seven days.