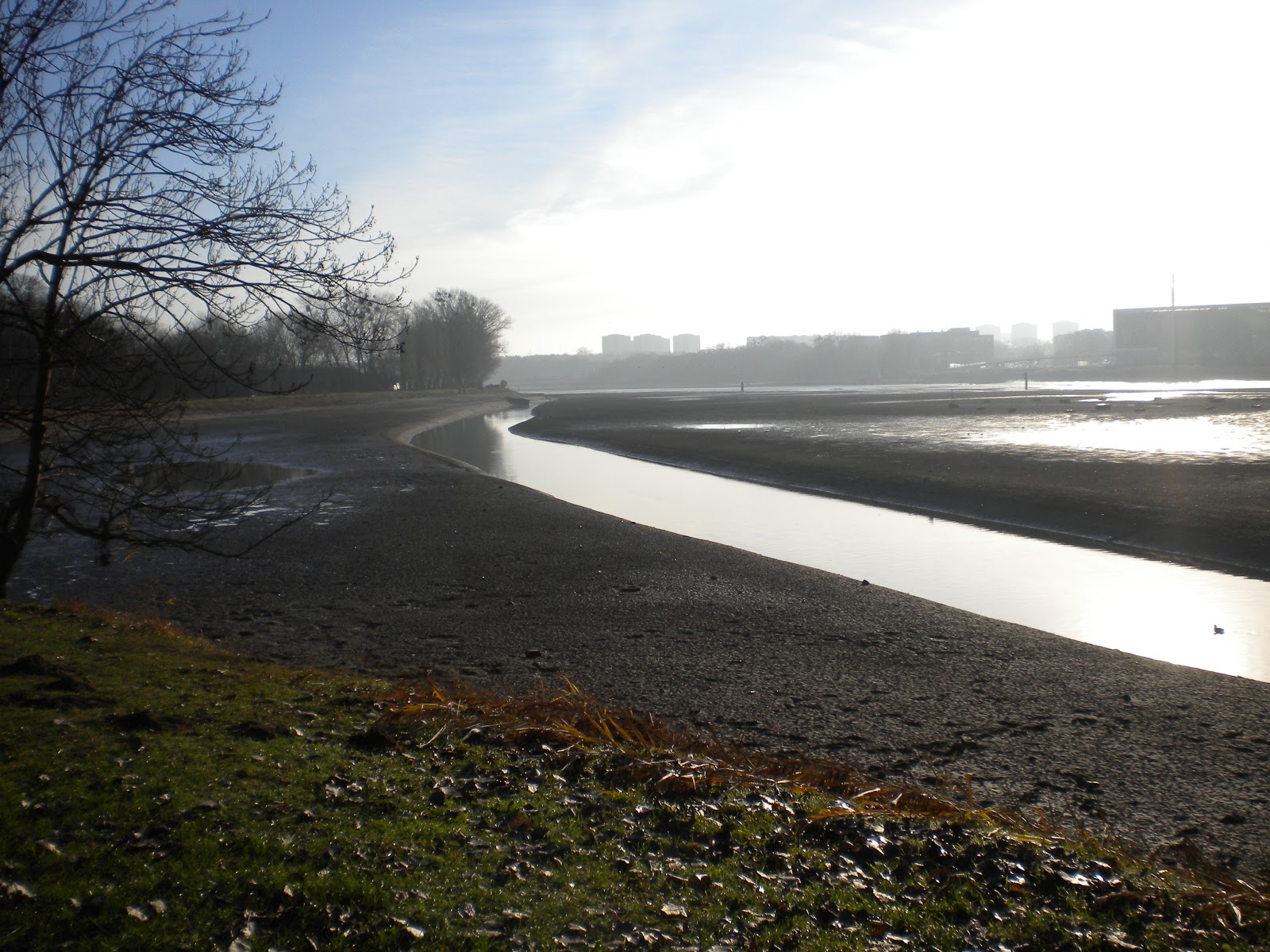 On my Thanksgiving post, I mentioned the winterizing of Lake Malta. Caroline and I had noticed the lower water level during our bike ride, and there was a lot of vehicular activity around the lake as the lane markers and fountain were removed.

This morning we had quite the shocker.  The lake is almost dry with the only water flowing in the river bed.  We speculated about the reason, when I got home, I looked up the Polish word for lake and googled jezioro Malta, which I’m sure is grammatically incorrect, but I found the news for which I was looking.

The lake is being drained for regular maintenance that is done every four years.  The last time it happened was in 2008.  That makes sense, we’ve only been in Poland since 2009.  No wonder we hadn’t seen it before.

The lake is drained to keep the water clean and clear (important for kayakers, I guess).  Trash such as bottles and cans will be removed, and in past years they’ve even removed bicycles and washing machines.  The banks of the lake will be strengthened and silt will be removed from the bottom.  It’s due to be refilled in March or April before the plants start growing again.

We’ve also noticed school groups with buckets at the lake, and last week they were accompanied by media.  The Foundation for Ecological Library and the City of Poznan have arranged for the school children to help in the rescue of mussels from the lake bottom.  Mussels can only survive for 48 hours without water, so it been important to relocate the bivalves.  Part of this fun hands-on field trip has been a lesson on the role of the mussels in keeping the lake clean and healthy.

They will also be removing and relocating fish from the lake and expect to take out 10 tons of fish!