Not long after we arrived in Poland, Ed’s supervisor visited from Florida. I was seated next to him at dinner one night, and the meal we’d both ordered included a side of Czerwona Kapusta (Polish Red Cabbage).
After tasting his, John leaned over and said, “mine is better.” To which I replied, Well then, I’d like to have your recipe.
You might not picture red cabbage as a well-known dish in Florida and you’d be correct, but John’s wife grew up not far from where we were dining. They have a home there and spend a lot of time in Central Europe, so he had some credibility. 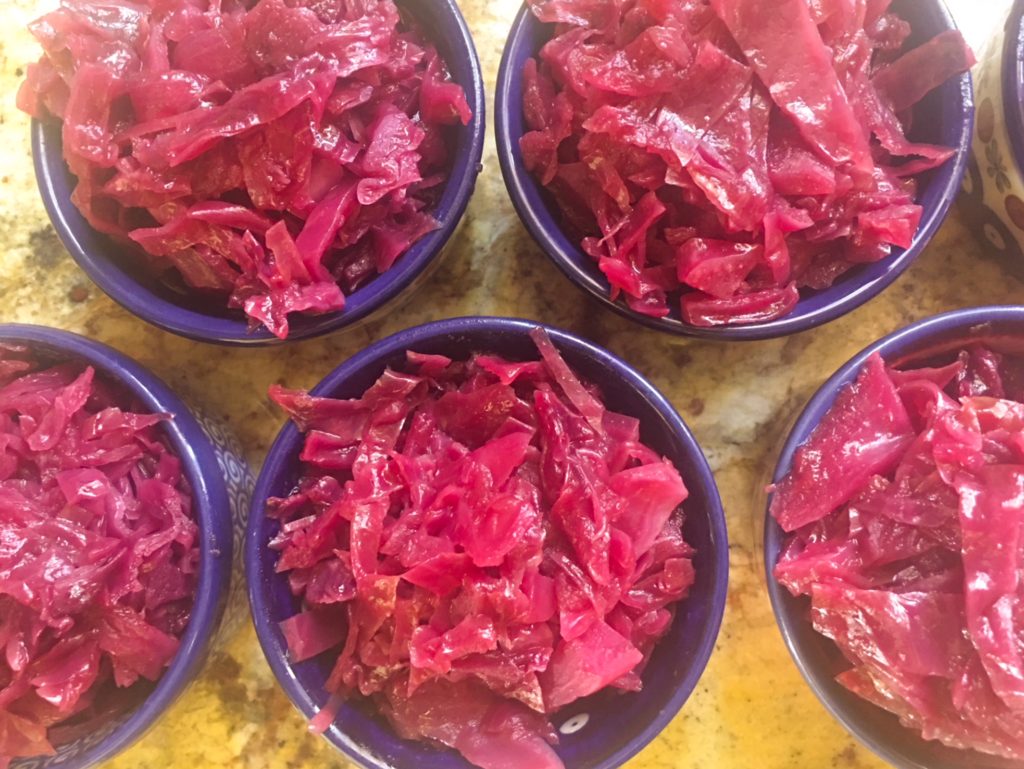 Like so many home cooks, John wasn’t someone who used a recipe, but it did his best to put it in writing, and I’ve loved the results.
The blackberry preserves refresh the color of the cooked cabbage. The sweet and sour taste is balanced by the savory warmth of the onion – very tasty, and John tells me it freezes well.
It’s so popular that my mother has made it a regular feature on her Christmas Eve menu. I hope you’ll enjoy it too.
Smacznego!
Lois
Print

A colorful, sweet and sour dish

This makes a big batch, but it freezes well