Rice with apples seems to be a childhood favorite in Poland. Everyone talks about having it at school or as an after-school snack. The school meals in Poland have a great reputation at least according to my anecdotal evidence. 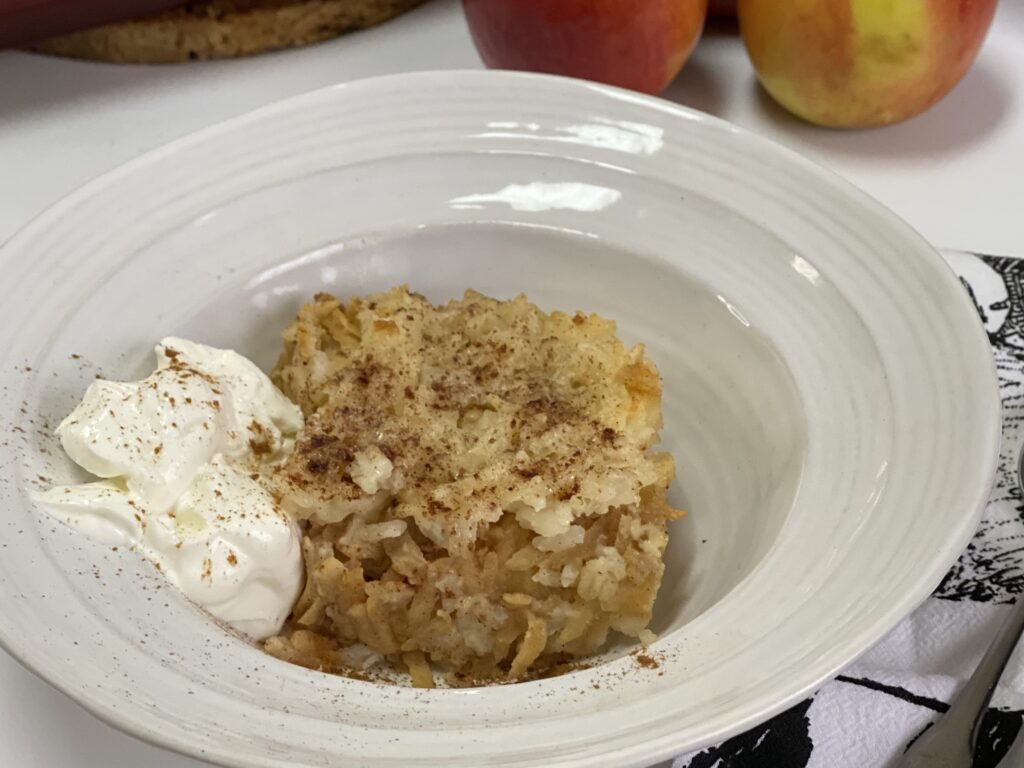 I know school lunches are a concern around the world, and Poland is probably no exception, but my friend’s children who attended Polish schools, and these may have been private Polish schools, always looked forward to the meals. Two little English-American boys referred to the kitchen staff as the “cooker-ladies.” The cooker-ladies made excellent food. I’m sure Rice with Apples was part of the lineup. 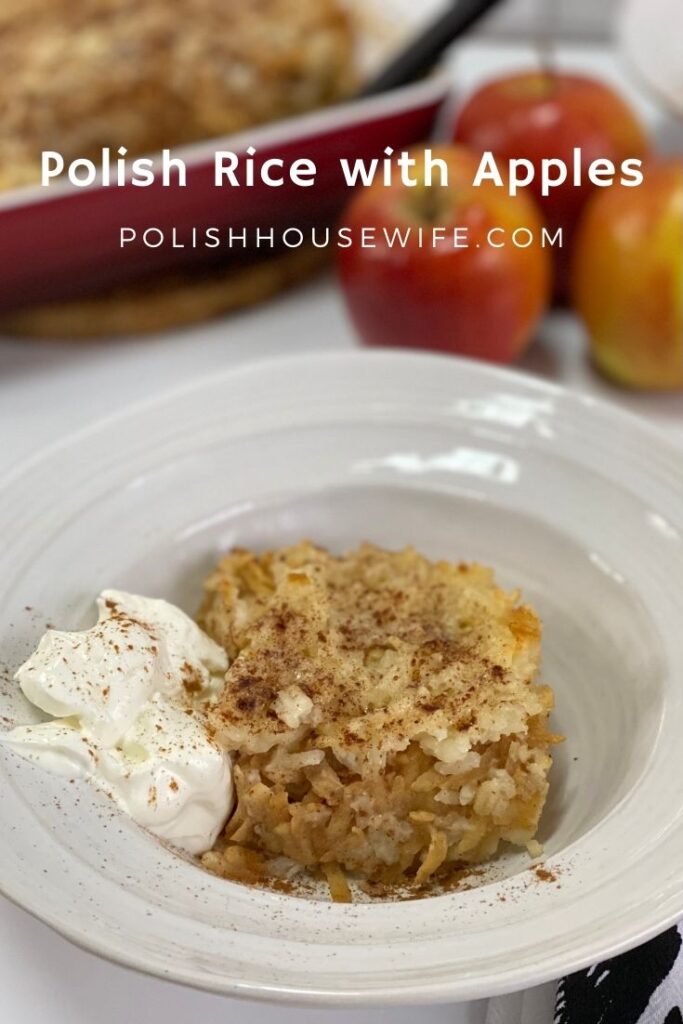 You can also find recipes for Polish rice with apples that are bez pieczenia, without baking, totally done on the stovetop.

To describe the flavor, I’ll remind you that Polish desserts are light on sugar. The apple flavor is the predominant taste. It’s a little like apple pie, a little like an apple crisp, except, in this case, the accompanying starch is milk enriched rice. It makes a nice combination.

Purchases via these Amazon Associate links generate a commission at no extra cost to you.

Give it a try.  Generations of Polish moms can’t be wrong! 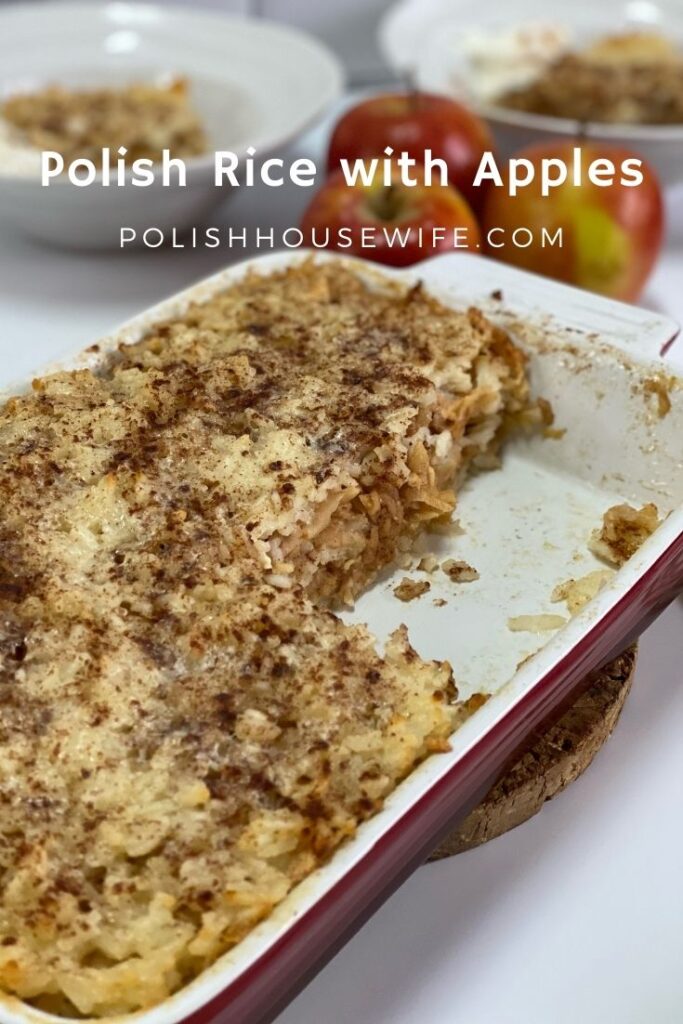 Baked rice with apples and cinnamon – a childhood favorite in Poland!

Make sure your casserole dish is deep enough to capture the apple juices that will be boiling away as this bakes. Mine boiled over, so I lost a lot of the nice apple juice. It also made a mess of my oven. Maybe bake it on top of a foil-lined sheet pan just to be safe.