Potato salad is potato salad you might say. I’m here to tell you, my friends, that the little things make quite a difference. Enroute to Poland, we’ve stopped off in Sacile, Italy to visit friends, one of whom is Polish. As it turns out, they both have family visiting while we are in town. So our gracious hosts scrambled to make room for 8 in their apartment. What I’m sharing with you today is the large batch of Polish Potato Salad (Sałatka Jarzynowa) Mama Maria made for this house full. You could certainly scale it down, but it’s so delicious, why would you?

As a disclaimer, let me say that my Polish friend calls this potato salad. I think of it as potato salad, but the Polish name literally translates to vegetable salad. You may call it whatever you like. 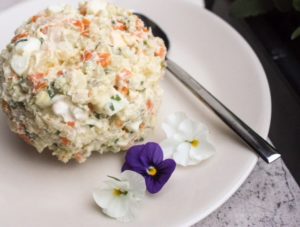 Making the potato salad in this family is a team effort. Maria is boiling the veggies, which Tata Zbigniew peels and dices ever so finely once they’re cool. Our friend, Greg who was kind enough to share his mom’s recipe, tells me that this is something his family always has for Christmas Eve and Slywester (New Year’s Eve). The veg are cooked the day before, possibly left on the balcony to cool overnight, depending on the weather, and he will wake up to find his parents busy in the kitchen, chopping and assembling the next morning. 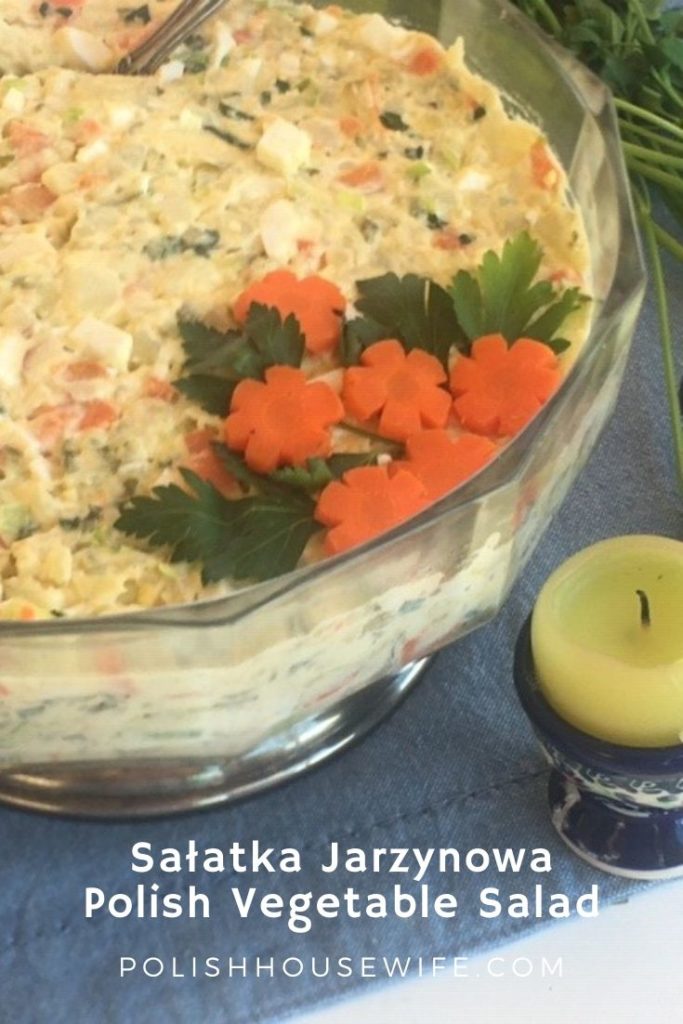 I’ve noticed that so many Polish recipes, have you boiling the potatoes in their skins which seemed unusual to me. In the past, when I’ve made potato salad, I peeled and diced before boiling? Am I the only one? So I had to ask, why cook the potatoes in the skin? Actually all of the boiled veggies are unpeeled.

The answer was that the peel adds flavor (and most likely vitamins), and I have to agree. The flavor is very good. My own observation is that the texture is different, more consistent, and pristine.

The links below are Amazon affiliate links which means if you make a purchase, they sent me a few cents to help support this site.

As eight hungry people have been noshing on Polish Potato Salad (Sałatka Jarzynowa), I’ve picked up some serving suggestions. Greg loves to eat it on toast, and Maria’s creative suggestion, which was fabulous, a small slice of a good bread, spread with butter, top with a thin slice of deli ham, put potato salad on half of the ham, fold the other half over the top, essentially making a ham and potato salad taco (on top of buttered bread). Yum-o! Pyszne!

Let me also share one other fun aspect of our evenings. Uno, a decidedly international version, has been the evening card game. The fact that there was no common language for all 8 of us added to the fun. Even the Americans who began with no experience in Polish were picking up these phrases:

And my personal favorite “koniec!” for (the end or done! It goes both ways, Maria would play a wild card and confidently tell us the color was “blue.” 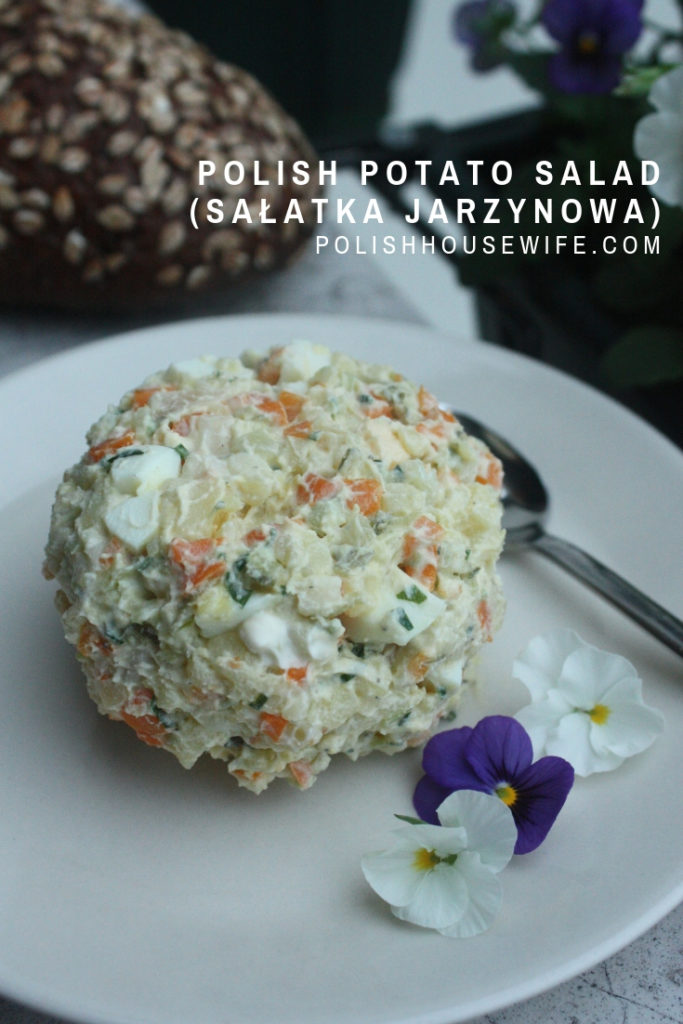 So whether your game nights are all English or involve more than one language, there’s no need to limit yourselves; this sałatka is so much for that a cookout side dish. Let’s hear your creative ideas for Polish Potato Salad (Sałatka Jarzynowa). 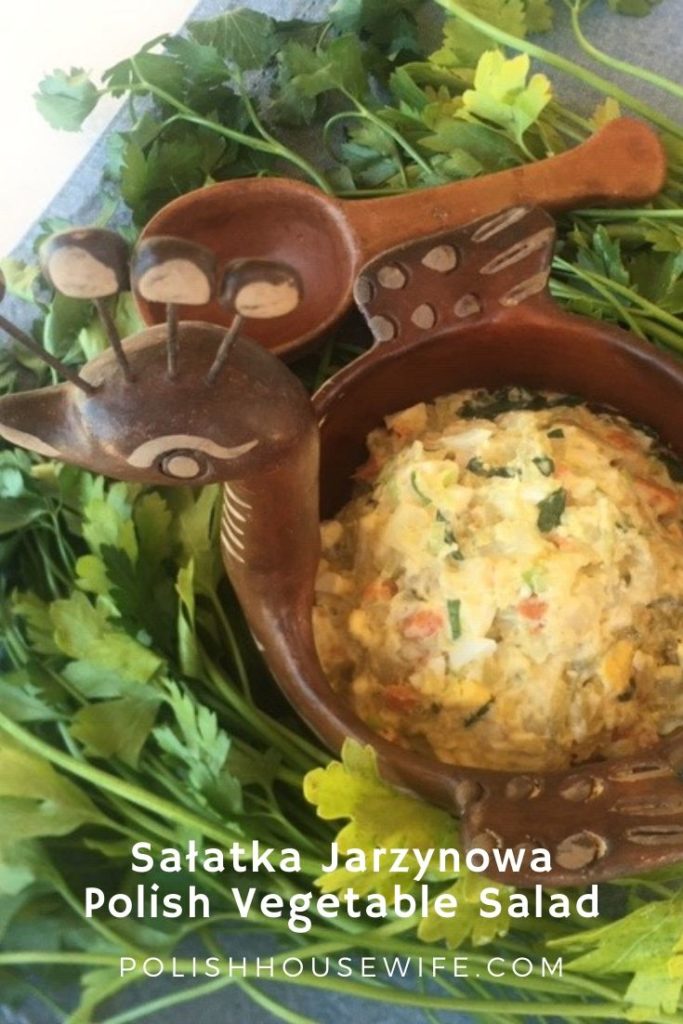 A Polish potato salad that is full of flavor!

The leek/parsely mixture and the cooking of the veg can be done a day in advance, just keep everything refrigeratied

1 cup of cooked peas can be added as you assemble, but we didn’t use them