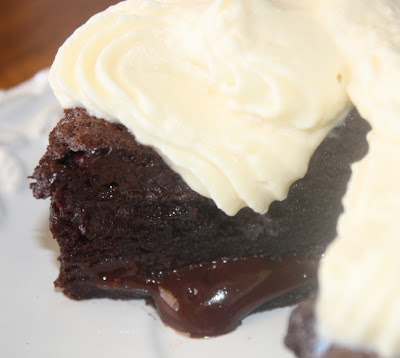 I’ve tasted lava cakes before, but this is my first attempt at making them.  My silicon cupcake pan may be larger than 4 ounces.  I made six rather than seven.  I think that maybe I should have made only six ganache balls rather than nine, just to keep the proportion correct.   Molding the ganache in a plastic wrap lined egg carton was a great trick.

The flourless cake came together easily – much easier than the cakes I’ve been watching my HCB pals prepare the last couple of weeks.  The batter was spooned into prepared pans with a little ganache “egg”‘ on top. 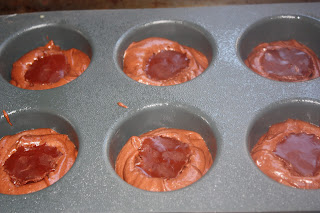 They came out of the oven with a slight crack, just as they should. 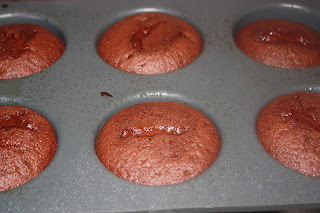 I only have the one shot of the cake ready to eat.  Before I could snap another, the cream melted and ran down the warm cake.  The flavor was a nice contrast to the intense chocolate, but maybe ice cream would have been a better choice for longevity and photo ops.