Euro 2012 has come and gone.  Spain, the favorite and defending champs, out-played Italy 4 : 0.  Many felt Italy stood a good chance, but Spain had what, I think, was their best match of the tournament.

We’ll be without Euro now for four years; it’s two years off from the four year World Cup cycle.  The next Euro will come in 2016 and will be played in France.  The field will be expanded from 16 teams to 24.  We’ll probably be watching on ESPN2 next time.

I’ve written about Warta Poznan before.  Their president, a former Playboy model, has written a letter to Italian football striker, Mario Balotelli – you know, the black player with the bleached mohawk.  The same player who when interviewed about the state of racism in the host countries, said he would ‘kill’ anyone that threw a banana at him.  Did that have anything to do with all the inflatable bananas in the color of the Irish flag that the “boys in green” were carrying?

Well, Balotelli stormed off the pitch after the final whistle – shoving aside a team official who attempted to block his path to the changing room, as coach Cesare Prandelli screamed at him to turn around.  He did eventually return to accept his runner-up medal in tears.

What follows below is the English tranlation of the Polish translation of the Warta president’s letter, which was actually written in English.  You’ll get the jist of it. Nicely done, Izabella! 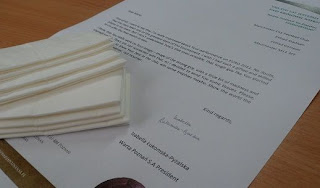 First of all I would like to note that I’m really impressed with Your performance at EURO 2012. There is no doubt that you were one of the biggest stars of the tournament. I would like to have such a utalentowanego player in my team. I do not understand, however, how is possible that Rhinoscleroma such as Ty began sobbing after the match final in Kiev.

I think that you are working on your image-the image of a heavily strong faceta, little thing and unpredictability. Tears that do not match, so I decided to give You a few handkerchiefs. Please, stop sobbing. The time has come to show the best side of the Club, winning trophies. Show the world the true, true Warrior Balotelliego and not płaczka.

Izabella Łukomska-Pyżalska, President Of The Warta Poznan S. A.

The crews are already at work dismantling the fan zone.  They expect to have everything back to normal by the coming weekend.  Looking back on the experience, I have to say that:
— Poznan did a fantastic job as a host city
— the people watching was excellent
— I met some witty, charming people
— it was very interesting to be in the fan zone so often and aware of what was going on behind the scenes

Time to hang up my credentials and get back to a normal routine. 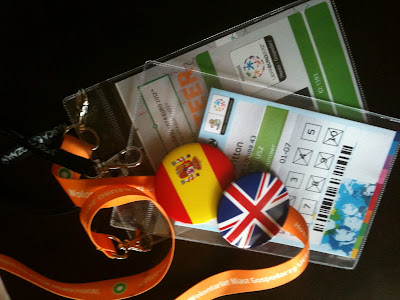