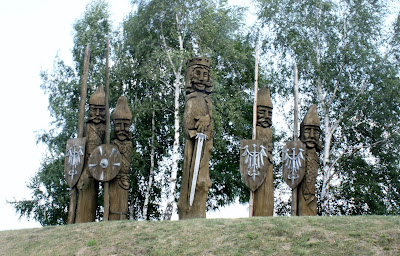 The Ethnographic Park, one the largest open-air museums in Poland is only open during the summer, so today seemed like a good time to squeeze in a visit. Work on this project, to preserve the region’s folk culture, began in 1975, and the park was opened to visitors seven years later.

The displays consist of rural buildings, homes, barns, a church; moved from villages in Wielkapolska (this region of Poland) that date to the 17th, 18th, and early 19th centuries. Most are constructed of timber with thatched roofs. 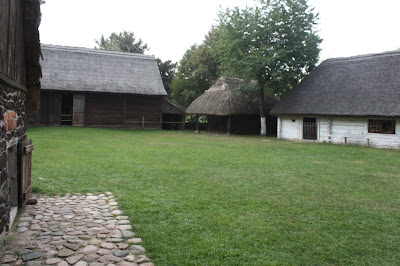 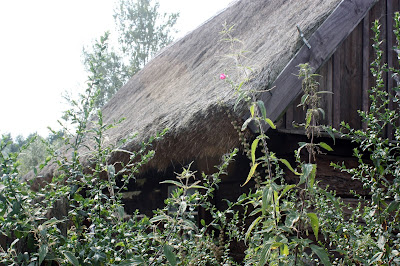 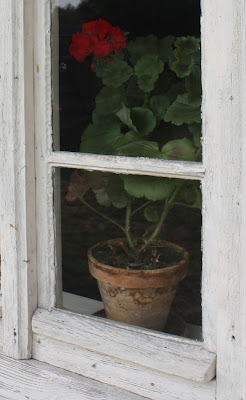 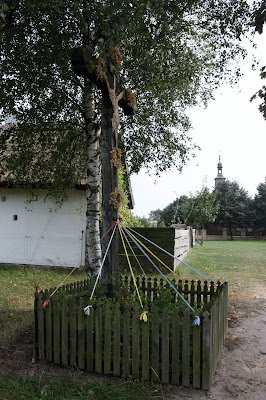 When Ed first arrived in Poland, someone told him that these roadside shrines were to bless your journey. I’ve just been doing some reading on the subject, and that seems to be a good quick answer.  They’re often near crossroads which were seen as dangerous spots.  You see these in every village, along the road as you’re driving though the farms, etc.  The color of the streamers all represent something: red – the suffering of Christ, blue and white are associate with the Virgin Mary, anyone know about the yellow?  There are so many and they seem to be used in so many ways, to express needs, gratefulness, or (along rivers) to invoke the patron saint against floods. I wonder if anyone has ever written their dissertation on the subject.

When we came to Poland, a friend recommend James Michner’s novel Poland, and I really enjoyed it. Poland was the only one of the author’s books I’ve been able to finish – get beyond the first chapter would be more accurate. The fictional characters are placed in well researched historical settings and involved the intertwining of lives through centuries.  From magnate and serf to farmer and communist party official, I can just see the earlier characters living and working in these buildings. 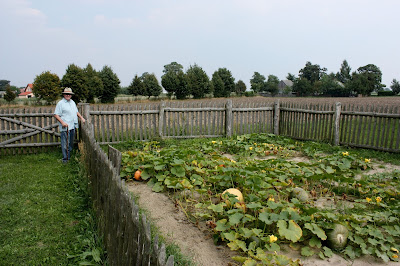 The admission and parking fees are minimal, but it can be difficult to find.  This was our second attempt.  Ed did a lot of map study and with that preparation drove us right to the parking lot.  Let me give you the address for your GPS: Dziekanowice 23, 62-261 Lednogora.