Dried Fruit Kompot or Kompot z Suszonych Owocow is often one of the twelve traditional dishes for Christmas Eve or Wigilia in Poland. After simmering dried fruit, spices, and sugar or honey, the “broth” is strained off to served as a holiday beverage.

The remaining, now re-hydrated fruit can be served as a stewed fruit, with yogurt, on oatmeal, or, I believe, some even serve it with pasta. I have to tell you, that I fixed this out of curiosity even though I didn’t expect to like Dried Fruit Compote. I half expected the fruit and liquid to taste like the canned fruit cocktail of my childhood. Nothing could be further from the truth. 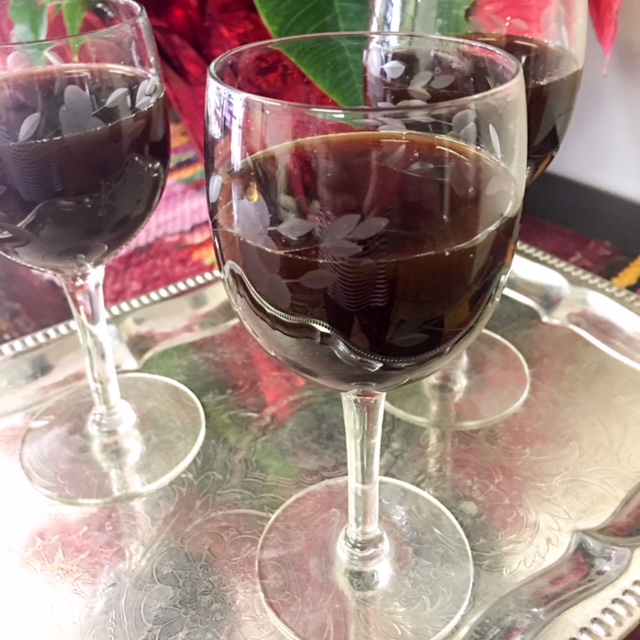 I used in order of descending amounts: dried cherries, prunes, dried apples, dried cranberries, dried apricots, and it was delicious. The liquid (fruit broth) kompot was delicious, the fruit itself was wonderful, the spices really added to the taste without being overpowering. YUM! 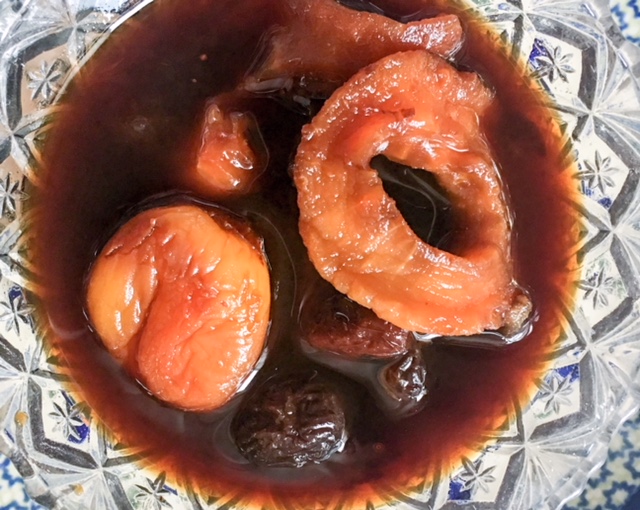 In the interest of complete disclosure, I have never experienced a traditional Polish Christmas Eve meal or even Kompot z Suszonych Owocow until I made this batch. At a recent Girls Night for drinks and nibbles, the group asked me what Christmas was like in Poland.

I confessed that we always came home to Tucson for Christmas with our family, so I hadn’t experienced it first hand, but from what I know of it, the huge family celebration involves decorating the tree on Christmas Eve, a little straw underneath the table cloth to remind everyone that Jesus was born in a manger. 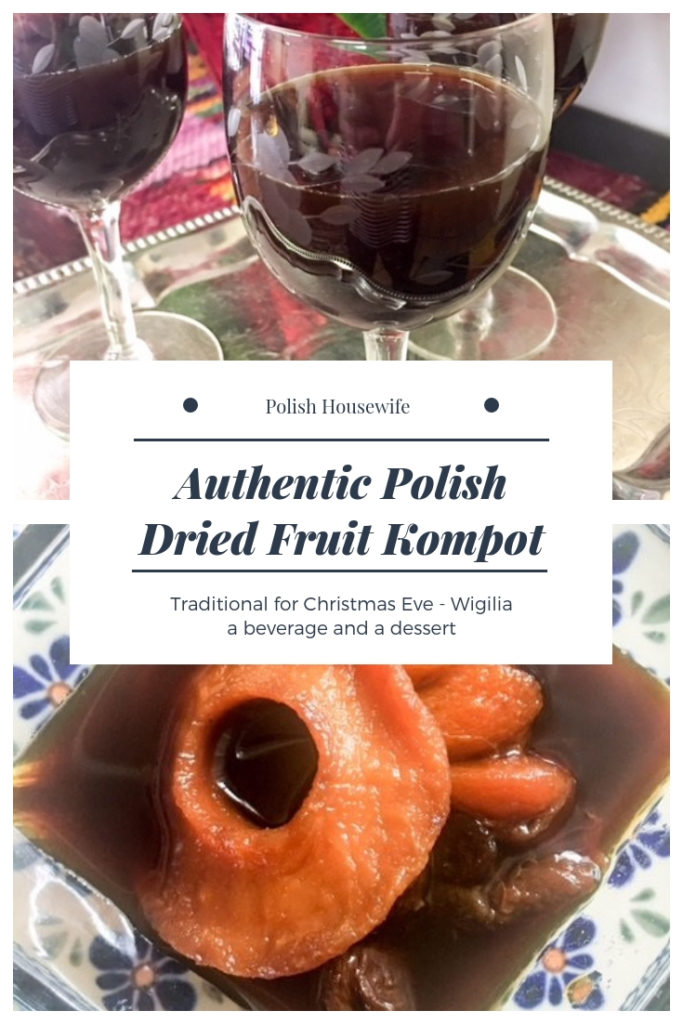 The meal is not eaten until the first star is seen, it consists of twelve (to represent the apostles) meatless dishes, including at least one soup. The soup(s) might be beet and/or mushroom. There may be a couple of fish dishes, herring is popular, and Jewish style carp. Makowiec, poppy seed roll is a popular dessert for Wigilia. After this feast, a midnight mass takes us from Advent to Christmas. 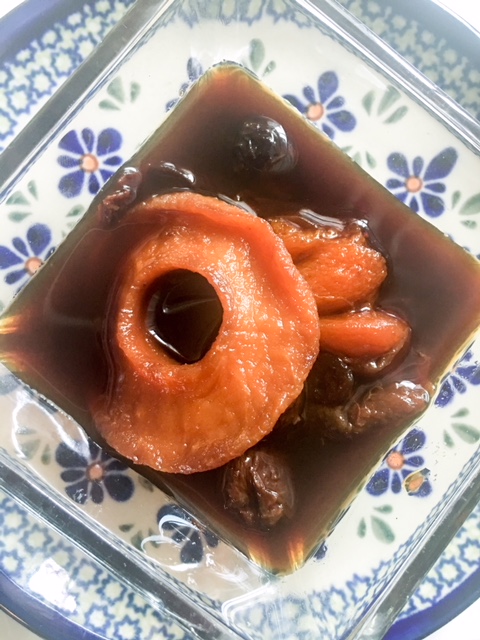