Click here for my new improved version of  this soup 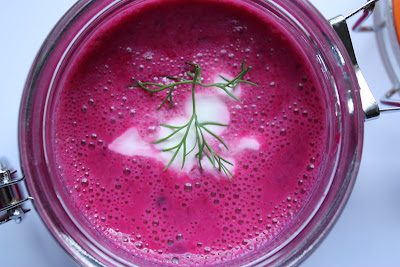 On a recent trip to Poland, I tried a new cold soup.  Chlodnik (google translate says it something like klav-NEEK).  I suspect there are as many versions of this recipe as there are kitchens in Poland.  This recipe is based on the soup I had in a restaurant, verbal instructions provided by two Polish friends, and common threads in the many versions available online.

As with any soup recipe, use this as a starting point, adding more of what you like and leaving out or making substitutions for those ingredients you’re not so fond of.

As you can see, the color is the most prominent feature of this dish.  The beets give it a shade of pink that could more rightly be called magenta or fuchsia.

I hope you’ll give this soup a try.  Just remember to make it early, giving it time to chill.  It’s light, refreshing, and just a little bit tart.  There seems to be something virtuous about adding this often overlooked vegetable to one’s diet. 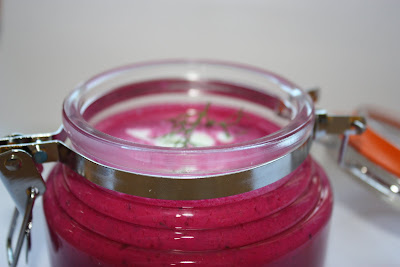