How’s this for good luck? I just returned to Poznan after four weeks in the USA to discover that my first weekend back would add a new festival to the list of happenings in our market square! Browar (Brewery) Fest Poznań and Poznańska Majówka Kulinarna (Picnic Cooking) ran Friday to Sunday last week. Is there anything better than hanging out in the Stary Rynek watching the crowds go by?

With this festival focusing on medium to micro breweries and local eateries that emphasize fresh, local, often organic foods, I knew this would be the perfect spot to snap my photo with a copy of Edible Baja Arizona (eBA), a local publication from southern Arizona that connects readers with family farmers, chefs, food artisans of all kinds. I read on facebook, just before we left home, that a photo with the current issue of eBA was all you needed to enter a contest for a free subscription. Lucky, me; our daughters had picked up a copy for me to read on the plane. I’m hoping my chances are good; eBA shared this photo on their facebook page! 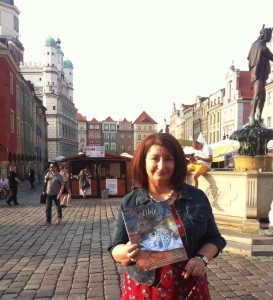 Blending my two worlds, wish you could have joined us Baja AZ!

We spent two evenings at the festival, because it was fun and with hundreds of beers being offered, one visit isn’t enough. Even so, there is much that we missed. The event included live music, and I  heard that there were workshops. My understanding is that the organizer the same as our annual August Festival of Good Taste (as in flavor), which has always been one of my favorites. Check out this post from 2011 which features a pierogi demonstration with the dumplings being made at lightening speed.

Poznan is a small enough city, or maybe it’s because we’ve been here long enough, that we always run into someone that we know. Friday night, we sat and had beers with friends who are just finishing up at the medical college and met some of their classmates. What an accomplishment, and what a fun way to celebrate. I’m also glad that we ran into them because they were the ones who told us where the picnic cooking was happening. The local food vendors were kind of off by themselves, and I’m afraid we might have missed them otherwise.

We snapped some photos of food and drink along the way, join us on our beer/food fest:

Both evenings included meals that were part of the Picnic Cooking. On Friday, we sampled asparagus, pasta with chorizo, gazpacho, and of course, wine from Voyager Wine Club.  Saturday brought us pulled pork sandwiches with coleslaw from Bigfoot Coffee Shop – a taste of home! 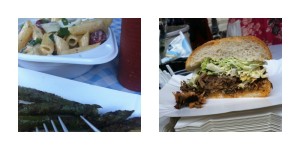 We also had to try the sweet and the savory versions of little Dutch pancakes – one topped with cherry preserves and powdered sugar, the other a tomato olive tapanade and cheese.

This was the first time we’d tried Kvass, a drink made with fermented bread and sometimes fruit, that’s been popular in Slavic countries since the Middle Ages. We were surprised to hear that it’s so low in alcohol that many versions can be called alcohol-free according to some country’s laws. The taste was unique, intense, and very refreshing, kind of like cola or Dr. Pepper but not so sweet. Apparently, this is a well known drink, two days later, I see photos of a facebook friend enjoying Kvas in Hong Kong! 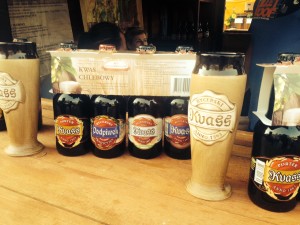 At another booth, we enjoyed some fine Belgium beer offered by our friends at Kriek Belgium Pub and sample skin care products made with beer. 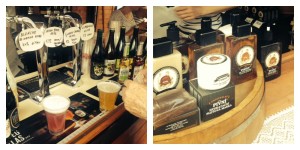 PS – In google-ing the festival, I found some media write-ups online which conveyed the facts. I was not surprised but disappointed to see negative comments — many having to do with the price of the beers and posted so early that I wonder if they’d actually been to the festival before commenting. One saying that people wouldn’t come here to get drunk it was just too expensive for that. To which I say, FINE! I, for one, won’t miss them. This isn’t meant to be the equivalent of the bars that offer vodka shots for 4 zl ($1.30 USD). It’s a chance to try some unusual and new things, something that I’m glad we get to do. Hopefully, this will become an annual event. 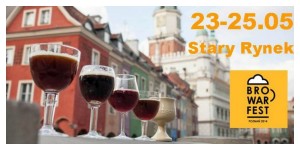