For the most tender, falling off the bone meat, start these beer braised short ribs a day in advance or very early in the day. 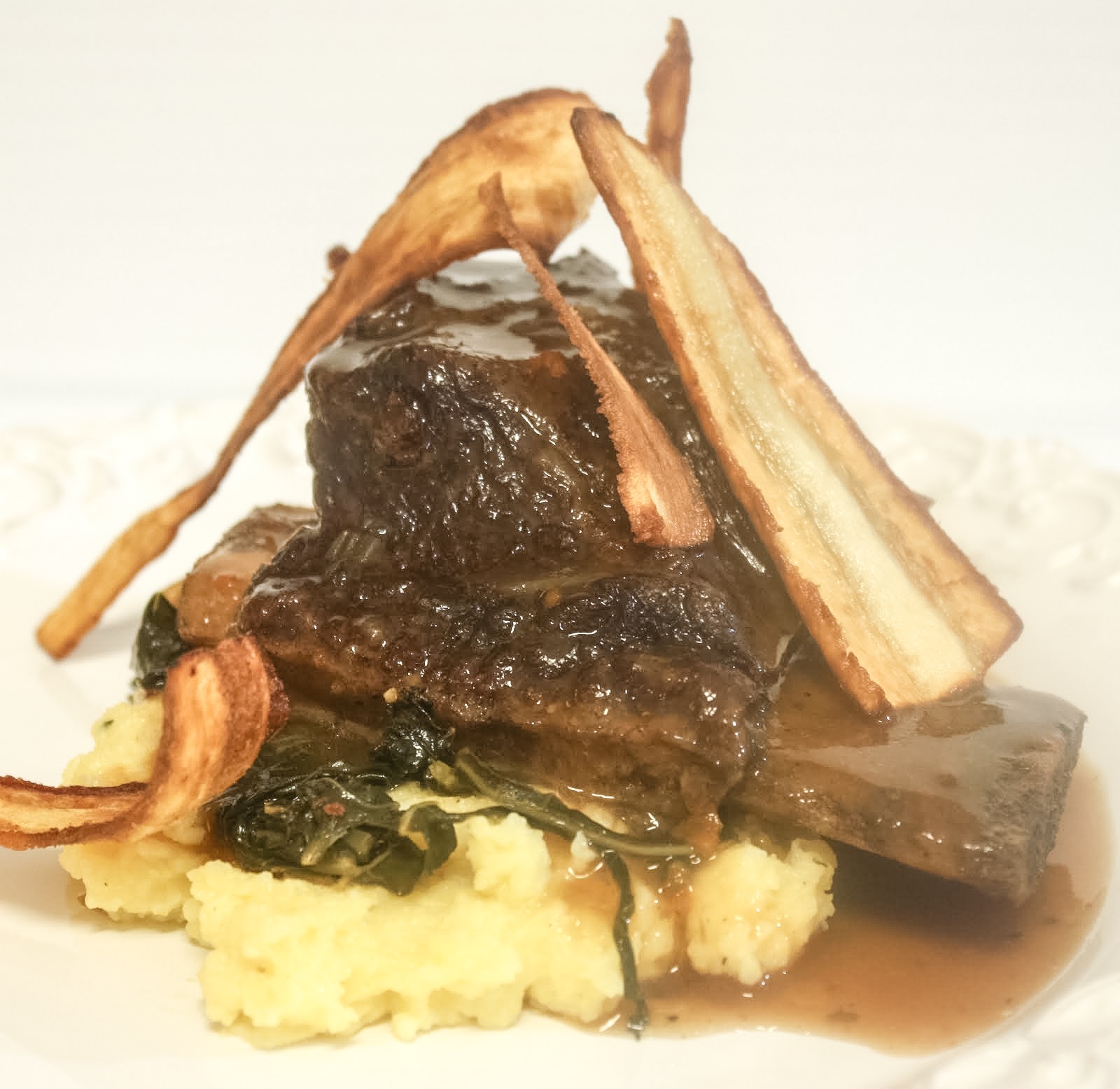 I started cooking the short ribs on Wednesday night, in honor of the Top Chef DC finale, but didn’t actually eat them until Friday.  They’re braised in Guinness Stout and Bass Ale and served atop polenta and kale (I’ll post these recipes soon).  The whole stack is garnished with strips of fried parsnip. 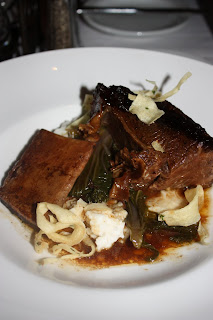 I can’t take credit for this combination; this is my version of the fabulous main course served at a recent Primavera Cooks! meal at Lodge on the Desert.   Under the guidance of Executive Chef Ryan Clark, this is the plate prepared by the Apprentice Chefs.

I don’t recall ever cooking short ribs before, and I didn’t time this meal to coincidence with a weekly special on ribs.  Paying full price, I was surprised to see that they run over $5 per pound, about the same price as sirloin.  Next time, I watch for a sale.

Amazon links are part of their Associate Program; your purchases generate income for this site.

I sat next to a charming, retired couple at the Primavera dinner.  They’ve both volunteered with the organization for 15 years, and I learned more about the good works at Primavera from them.

The gentleman had been a pathologist.  His wife mentioned that they had eaten a lot of short ribs when he was in medical school, because at that time, they were only 29 cents a pound. 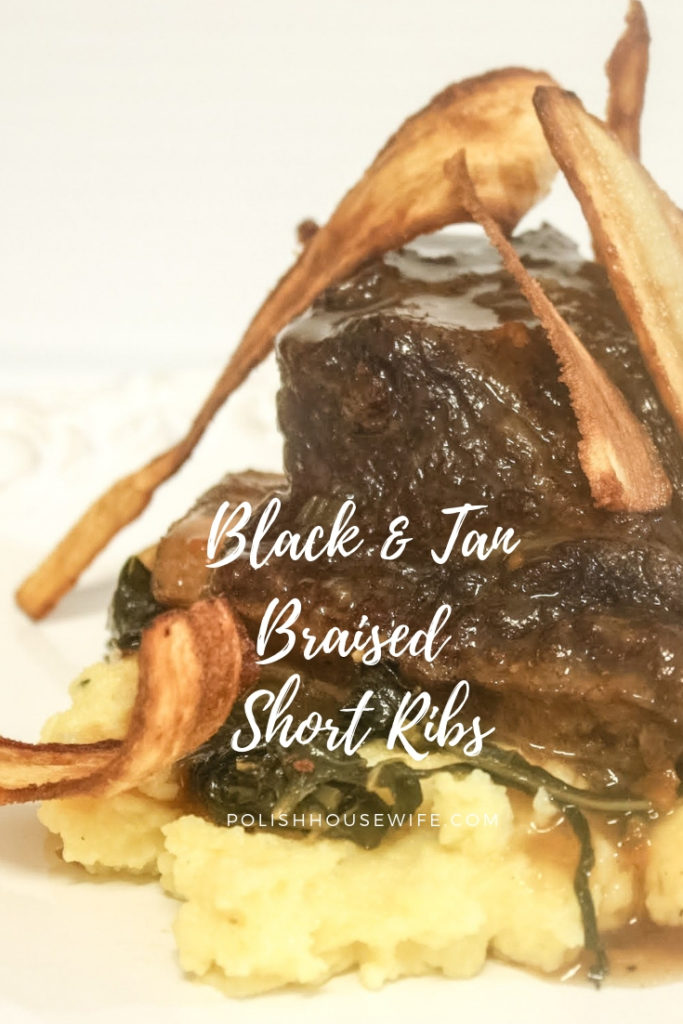 I’ve used this formula, freshly made polenta topped with sautéed greens, most often spinach, to serve other proteins, such as grilled salmon or baked chicken. The vertical arrangement makes for striking, professional looking presentation, and the flavor combos are fantastic!