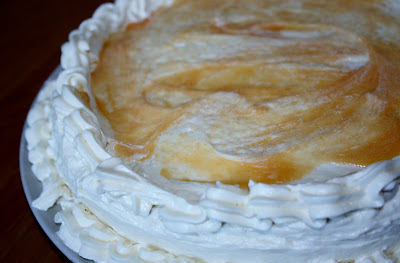 There seems to be no passion fruit, fresh or frozen, in Poznan, so Ed’s birthday cake became a papaya genoise.  I was able to find canned papaya which I pureed with the syrup from the can and a little lemon juice. 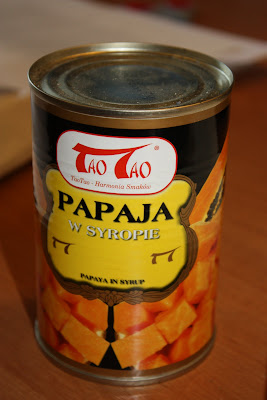 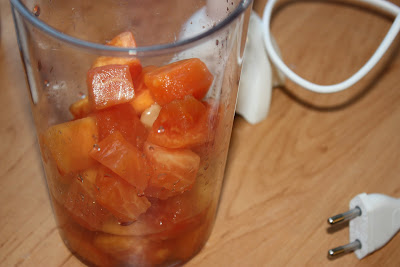 The batter for this cake was a basic genoise.  My 9 inch cake pans aren’t 2 inches tall, so I baked it in my 9 inch springform pan.  In the past, I’ve referred to our Polish apartment oven as an Easy-Bake oven.  It’s not perfect, but this cake was the most lopsided yet. 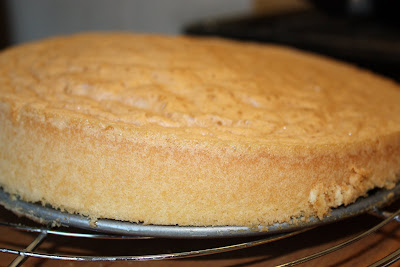 Fortunately, buttercream can cover a lot!  I used the pureed papaya to make the curd filing and the syrup.  The buttercream has no fruit but is a creamy, fluffy, cream cheese frosting, sweetened only with white chocolate. 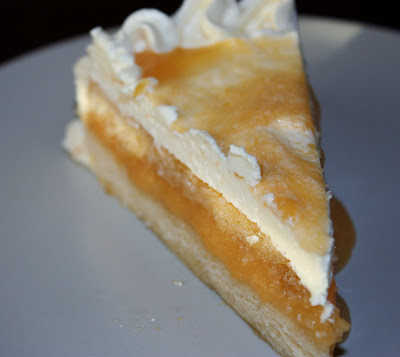 To assemble the cake, the genoise is split horizontally.  The top and bottom of both halves are brushed with papaya syrup.  The halves are then sandwiched together with the papaya curd, then frosted with the white chocolate cream cheese buttercream.

I made this cake the same day we served it, and the sponge was still a little dry and firm.  The next time I will warm the syrup.  With the fruit puree, it was a little thick and seemed to sit on the surface rather than be absorbed by the cake. It was much better two days later when the moisture from the curd and syrup moved into the cake.  So making it at least a day in advance, as Rose recommends, is a must do too.