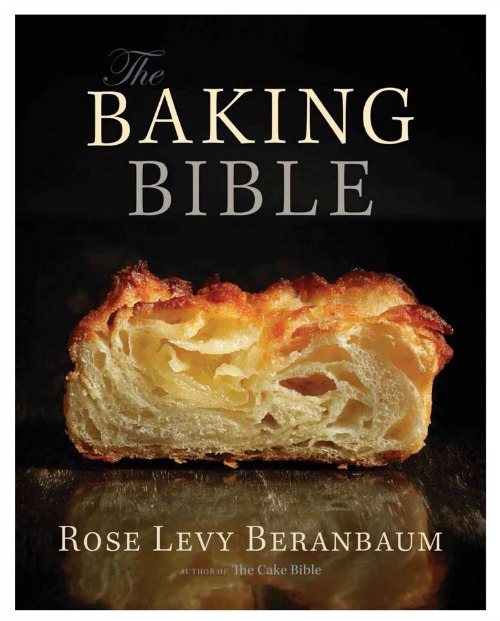 Rose Levy Beranbaum is a baker and award winning cookbook author. A star in the food world, she often appears on major television shows and hosted her own series on PBS. Much has been said of Rose and her baking prowess. “The most meticulous cook who ever lived,” is the quote the resonates with me. Spend some time with her latest book. The Baking Bible, and I think you’ll agree.

One of the first things I did as a food blogger was to join the Heaven Cake Bakers, a group of food bloggers, led by Marie Wolf, as they baked their way through Rose’s Heavenly Cakes, doing one cake every week. Every Monday, we all posted our version of the week’s cake, and on Thursday, Marie would do a recap of our efforts. My favorite part of the bake along was checking out the other posts and reading Marie’s witty version of our successes and failures.

Not too many weeks into the group, I realized that I now had eight different varieties of sugar in the pantry, and a growing collections of liqueurs. Not that I’m complaining, mind you. It was an education, and Rose is a detail oriented teacher.  I learned so much about technique and the science behind it while baking my way through Rose’s Heavenly Cakes.

I had mixed feelings when the project was over. I was thrilled to have been part of the group, there was a sense of accomplishment for having followed through on the weekly commitment, a little relief that it was over, and I knew that I was going to miss these baking bloggers who had become my virtual friends.

Not long after I moved to Poland, I posted about foraging in the woods for elderflowers with the intention using the flowers to make a syrup and a liqueur. I woke up one morning to find that Rose Levy Beranbaum had commented on the post while we were sleeping in Europe. Rose said that she, too, was a fan of elderflower syrup, and that her next cookbook (The Baking Bible) would have a recipe for an elderberry pie. Talk about a thrill for a humble little blogger. It’s like casting your vote on election day and having the president personally ring you up to say thanks for voting!

Several of the Heavenly Cake Bakers volunteered to bake some of the recipes that have gone into The Baking Bible to test them in home kitchens. We were happy to be Rose’s Beta Bakers. Now that the book has been published, we are once again joining together for a bake along, to go through The Baking Bible recipe by recipe, but now we are Rose’s Alpha Bakers.

We start off one month from today, on December 1st with the recipe of the week, Kouigns Amann, the flaky bread seen in the cover photo. You’ll want to check Polish Housewife weekly to see how my projects have turned out, and the bake along site (link above) to get to know my fellow alpha bakers. You can learn, celebrate, and occasionally cry along with us!