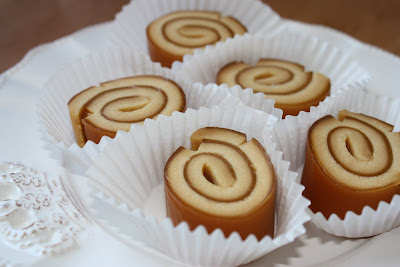 Somewhere on the Internet, I saw Bailey’s made into little dessert cubes with gelatin.  That has been in the back of my mind for months.  So when I saw marshmallow pinwheels for kids, Baily’s Pinwheels for adults couldn’t be far behind.  Even though I used plain gelatin and reduced the marshmallows, they’re still very sweet, but what a pretty presentation. 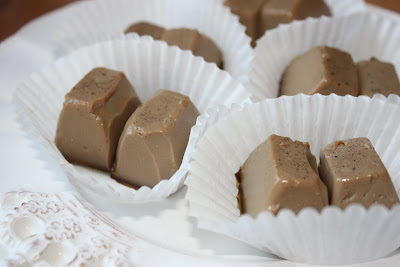 While I was playing with Bailey’s and gelatin, I came across this blog post with beautiful photos.  I’ll need better molds and more patience to even come close but this did inspire my Bailey’s – Espresso Jigglers.
Ingredients
1/2 cup espresso
1 1/2 tablespoon gelatin