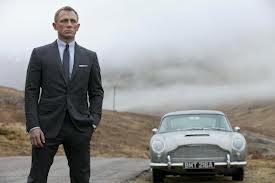 We saw the new Bond film over the weekend. It may be my favorite. If you’re up on Bond trivia, like my husband, you’ll find many references to previous films in this anniversary edition. I’ve mentioned before that American films are shown in English here with Polish subtitles. I’m able to pick out enough Polish words now that I know it’s not a direct translation.

The weekend also brought our first snowfall, nothing that stayed on the ground in Poznan though. I’m heading out to the gym this afternoon; it’s almost 2 PM and we’re at 43 degrees, much warmer than the 36 predicted as our high today – not much to speak of compared to Hurricane Sandy, the rare hybrid storm. I didn’t think anything could bump politics from the news in the next two weeks, but this storm has managed to do just that.

I should also add that daylight saving time ended over the weekend. Sunset is now before 4:30 PM. This will take some getting used to.