Have you heard about it? Has Restaurant Day made it to your city? We visited Restaurant Day in Poznan this year, and I can’t wait to join in come November. 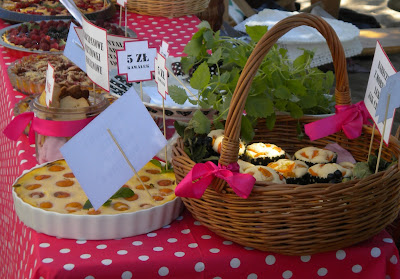 I first learned about Restaurant Day in early August when a friend “liked” it on facebook. The name caught my attention and I wanted to investigate. As I recall, Restaurant Day began in Helsinki, Finland a couple of years ago. It has now spread to other cities in other countries. Four times a year, for one day only, anyone who is interested sets up a pop-up restaurant. Selling their favorite creations and selling them at a price that will just cover their food costs.

Not that setting up this kind of restaurant is legal, participants are just ignoring the laws and regulations that restrict such things. . . for one day, kind of like a bake sale. They select a spot, list their location online, and when the day comes, set up a table, and feed passers-by. 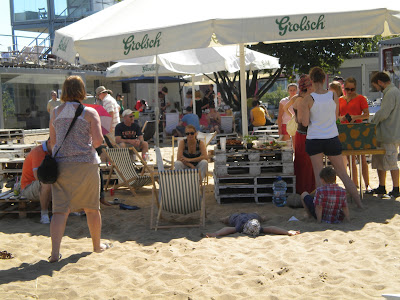 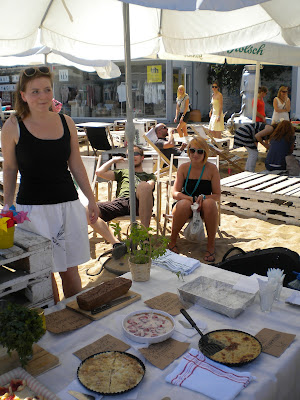 I installed the Restaurant Day app for my iPhone, and we set off to visit the pop-ups who had registered for Restaurant Day Poznan on August 19th. First, we visited KontenerART – home to several restaurants. We sampled items from multiple vendors – most were college students who like to cook. None of the restauranteurs we chatted with had ever done this before. They had just learned about it a few weeks before and thought they’d give it a try. Ed sampled gazpacho made by a young woman who had brought 12 kilos of tomatoes from her village – tomatoes that taste like tomatoes, not like the ones they sell in Poznan (her words, not ours). We also tried pastries, lemonade, roasted parsnips chips, and a mango smoothie. The food was fantastic, although the cold things would have been better if they were more chilled. The location was cute, but I didn’t love walking in the deep sand while making the rounds. 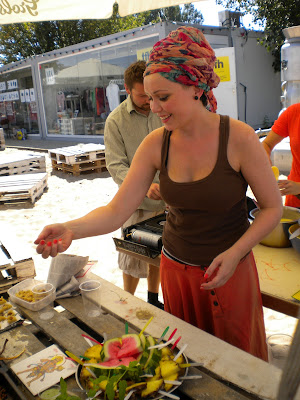 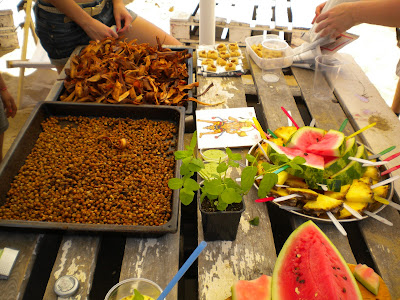 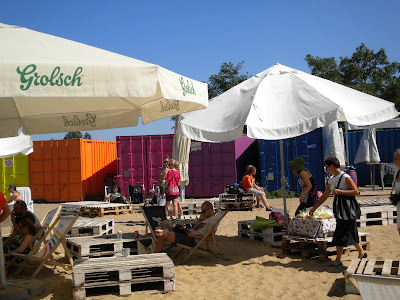 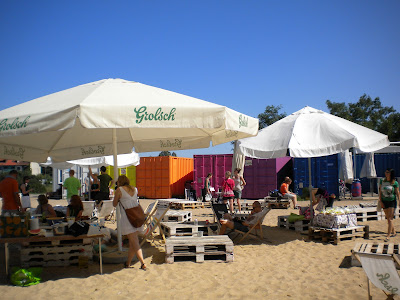 Our next stop was the park in front of the Opera House. There was only one restaurant here, run by four friends who had been up baking all night. They called their pop-up “Picnic.” We sampled their delicious thick crust pizza, lemonade, and a pastry. The day was warm and their location under the trees was perfect. They had two large tables, with an enormous variety of goodies – maybe too many choices. 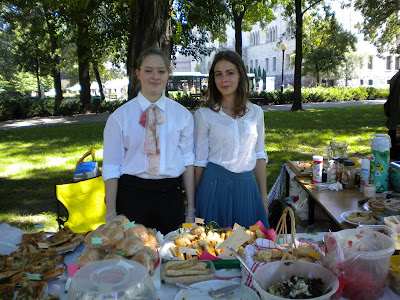 By this time, we were too full to eat at the final restaurant we saw in the park behind Stary Browar. I suspect these fellows have done this before. A variety of choices, but not too many, and their savory items were not priced individually, there was a set price for their buffet. They had their own DJ and a very professional presentation. 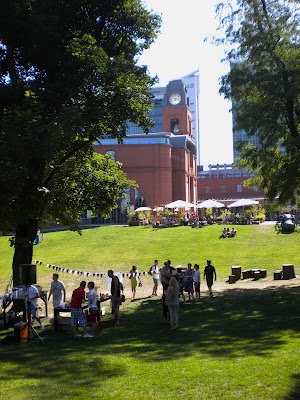 I asked a friend who is the chef/co-owner of the Curious Kumquat in Silver City for his take on Restaurant Day wondering how a professional would feel about it. Rob, being a very generous sort, thought it sounded like great fun. His only reservation was food safety – hoping that the pop-ups would give it as much thought as real restaurants.

Food safety brings me to my final observation. I’ll reveal my American obsessive compulsive disorder here. Many of the items on display were crawling with wasps. This is not unusual. I’ve seen the same in supermarkets and convenience stores. I seem to be the only person bothered by it. And when I try my hand at this come Restaurant Day in November, insects shouldn’t be a problem.

Planning my menu will be fun and easy. Coming up with a suitable November location will require some serious thought. Any ideas?