One of the many blogs I follow is Polish Mama on the Prairie.  I will never forget the post in which she described her family’s humble beginnings when they immigrated to the United States when she was a child, and how she reminded her own children of that story and the abundance they now enjoyed (as do most Americans) when they took their used clothing and household items to a charity that would give the items to new immigrants.  I was moved to tears and thought, “that’s what my country is about.”

It was on Polish Mama’s blog that I learned about an énormes faux pas made by Gordon Gee, President of Ohio State University.  Trying to explain the ineptitude of departments in his university, he compared their shortcomings to the an imaginary scenario, existing only in his mind, involving the Polish Army.  He also seems to feel that there is no need to apologize because, after all, he referred  to them as Polish rather than Polacks.

Right off the bat, I’d like to say two things.  As an American, I am embarrassed by his remarks, and as a parent, I would not send my children to his institution of “higher learning.”

Coming from a part of the states without a large Polish community, I didn’t realized that Polack is an Anglicization of Polak, the Polish word for a Polish man.  It was a neutral term to identify Polish immigrants or people of Polish decent until the late 1800s when it took on derogatory connotations.  The only polite word for Polish people in contemporary English is Pole.  My only exposure to negative stereotypes and the use of the word Polack was from Archie Bunker, a close-minded, bigot on the 1970s TV show All in the Family.  I had no idea where this image came from.  Knowing what I know now, I would say it’s the result of German and Russian propaganda.

On a side note, I just received a survey from a group of Polish students asking about my impressions of Poland and Polish people.  One item asked if I could think of a few differences between Poles and Americans.  I can think of an almost endless list, some that I prefer about the US, some that I prefer about Poland.  It just means we’re different, but the fact that they feel there’s something to write about here, or that they care what Americans think, says something.

But to make fun of the Polish military (and civilians). . .does this man know nothing of Polish history?  He probably doesn’t; just like I didn’t a couple of years ago.  It isn’t taught in our schools.  To list just a few points:

“. . . I wish that instead of mumbling words of official  optimism we had the good taste to bow our head in silence before the tragedy of a people who have been our allies, whom we have helped to save from our enemies and whom we cannot save from our friends.” 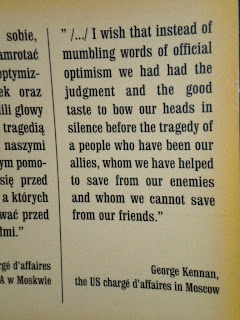 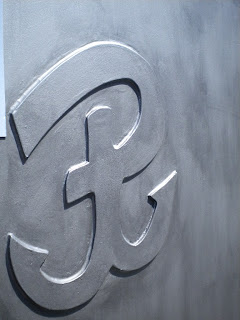 On a lighter note, let me say that the Polish military retaliated against Gee’s remark by circulating a page of American jokes, which, of course, were shared with my husband.  The best one?  What’s the difference between yogurt and an American?
.

Yogurt has its own culture.
Good one. 😉