Rhubarb kompot or kompot z rabarbaru is a refreshing drink for spring and summer. I remember reading Animal, Vegetable, Miracle by Barbara Kingsolver. She and her family had just moved to an Appalachian farm and began a year-long experiment to eat only local foods. 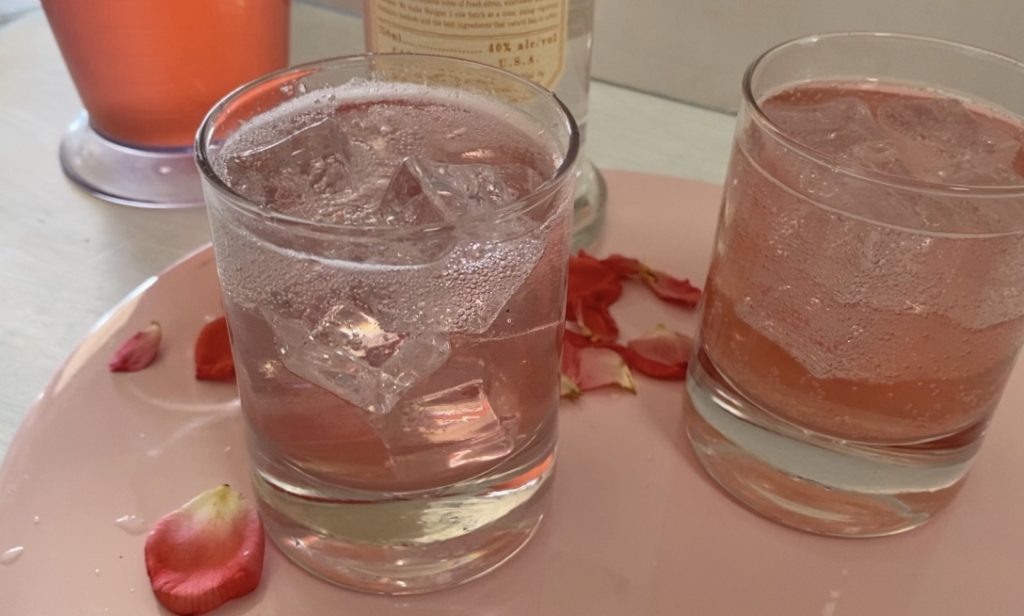 They found January was not the best time to begin this project. After a couple of months without desserts, I remember their excitement when rhubarb, with its quick-growing stalks, was the first to ripen after winter, made an appearance at their farmer’s market. It was the first taste of spring.

You can enjoy this taste in a traditional Polish beverage. Since nothing is wasted in Polish cooking, the fruit, once stewed to make the beverage, is used as a dessert, a topping for oatmeal or yogurt, or even in baking. You may even get a piece or two of fruit in your glass of kompot.

My cooked rhubarb is in the freezer waiting to reappear with cherries in a pie or maybe with apples in szarlotka.

Great selection of Polish aprons – click on the photo to see them all at Polish Shirt Store!

I followed the example of AniaGotuje.pl and made my kompot concentrated. This gave me the option to dilute the kompot with sparkling water, sparkling wine, or with other mixers in a cocktail. The usual proportions for kompot are 1/2 cup sugar, 1 1/2 – 2 pounds of fruit, a gallon of water, so I’m cooking the rhubarb in 2 quarts of water rather than a gallon. 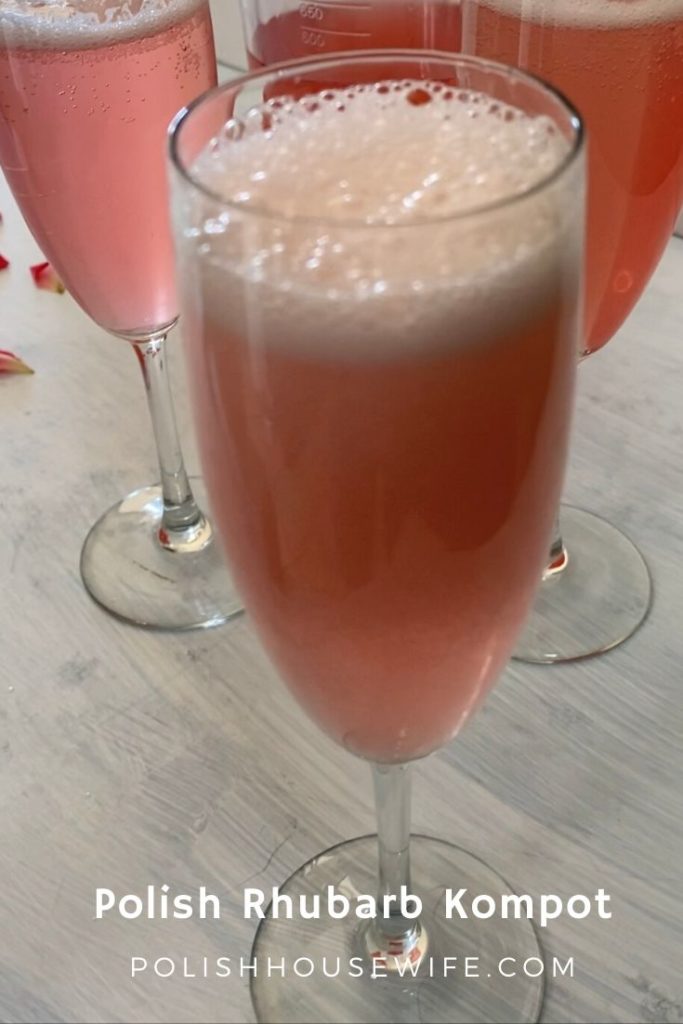 Polish rhubarb kompot would normally be consumed at room temperature from a juice glass, but I’ve enjoyed mixing it and having it over ice. Ice cubes – a definite sign of my American-ness! LOL

I’m sure you’ll enjoy the kompot with or without ice.

Flavors that go well with rhubarb if you’d like to kick it up a notch: