There is something very nice about potato in baked goods. I’ve heard of people who include potato in cinnamon roll dough. What it adds in taste and texture is subtle. I’m at a loss to describe it other than to say, it’s good. I think you’ll like it in this Polish Potato Bread or chleb ziemniaczany (pronunciation).

I love the flavor of this bread and always eat a couple of slices with butter as soon as it’s cool enough to slice. It has a beautiful golden crust and the texture is on the craggy side, better for holding the butter! 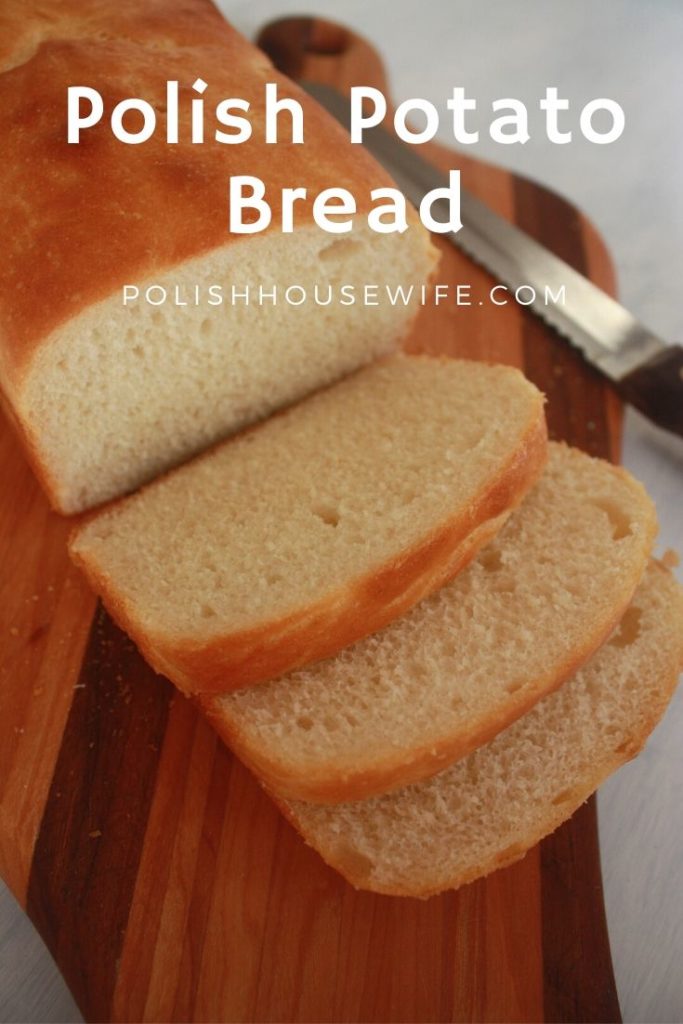 Our daughter, the newlywed, made this recipe recently. She made three loaves, and the first one disappeared quickly. She said her husband usually isn’t big on toast in the morning, but he happily toasted a couple of slices of the potato bread in the morning with his eggs.

The texture of this dough has sometimes surprised me. It takes some work to incorporate all the flour. The dough is slightly sticky before rising. After the first rise, it seems wetter if that makes any sense. 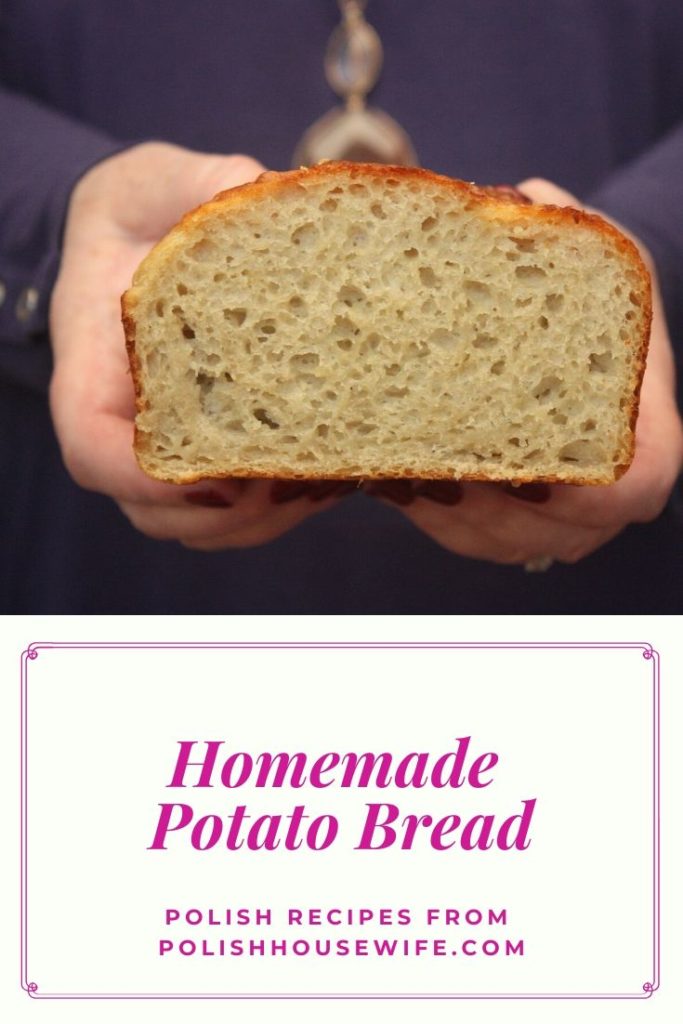 Sometimes, I’ve needed to use more than a cup of water to incorporate all of the flour. My only guess is that some potatoes are wetter than others. I’m sure that Paul Hollywood or Magda Gessler could offer us a more precise explanation.

If this recipe has piqued your interest, it’s one of the 54 recipes in my cookbook. The recipes are my favorites, mainly simple dishes, but there are a couple of recipes that are more advanced and might require specialized equipment – smoked Polish sausage and fermenting cabbage to make your own sauerkraut for example.

If you’d like a copy and time is of the essence, I recommend that you order from Amazon.  They are the masters of quick delivery. If you’d like an autographed copy and aren’t in a rush, you can order it from my website. I sign books and make a post office run once a week.

I participate in the Amazon Associates program, and your purchases via the links below may generate a commission for Polish Housewife.

I hope you’ll give this Polish Potato Bread or chleb ziemniaczany a try. I think you’ll love it as much as I do.

PS – Have you seen the Polish surname shirts at the Polish Shirt Store? Just click on the photo below (affiliate link).

A craggy loaf with a golden crust and wonderful flavor.