In honor of all our Polish friends who are tromping in the forest, foraging for mushrooms, I give you a Polish Mushroom Soup – zupa grzybowa. This is a soup with many variations. You should feel free to personalize it to your tastes and to the contents of your own pantry. I’ve followed the recommendations from Ania Gotuje. 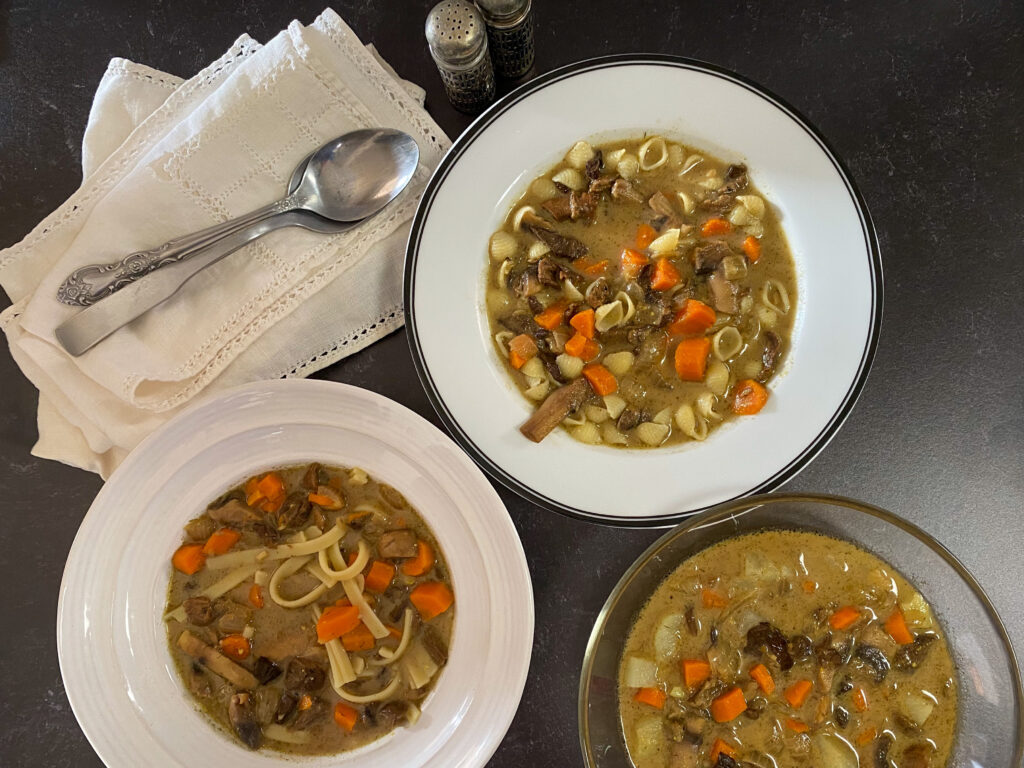 Mushroom soup made with a vegetable broth is often part of the Wigilia menu on Christmas Eve, a meat-free meal, but you can also make this with beef or chicken broth.

I’ve made other mushroom soups. I have one inspired by a mushroom soup from Emeril’s Restaurant in Orlando, FL. In comparison, my Polish version has a soupier broth and a more intense mushroom flavor.

You can make Polish mushroom soup with fresh or dried mushrooms:

I only had 60g of dried mushrooms, so I also added a couple of cups of fresh white button and oyster mushroom slices. It was fantastic! 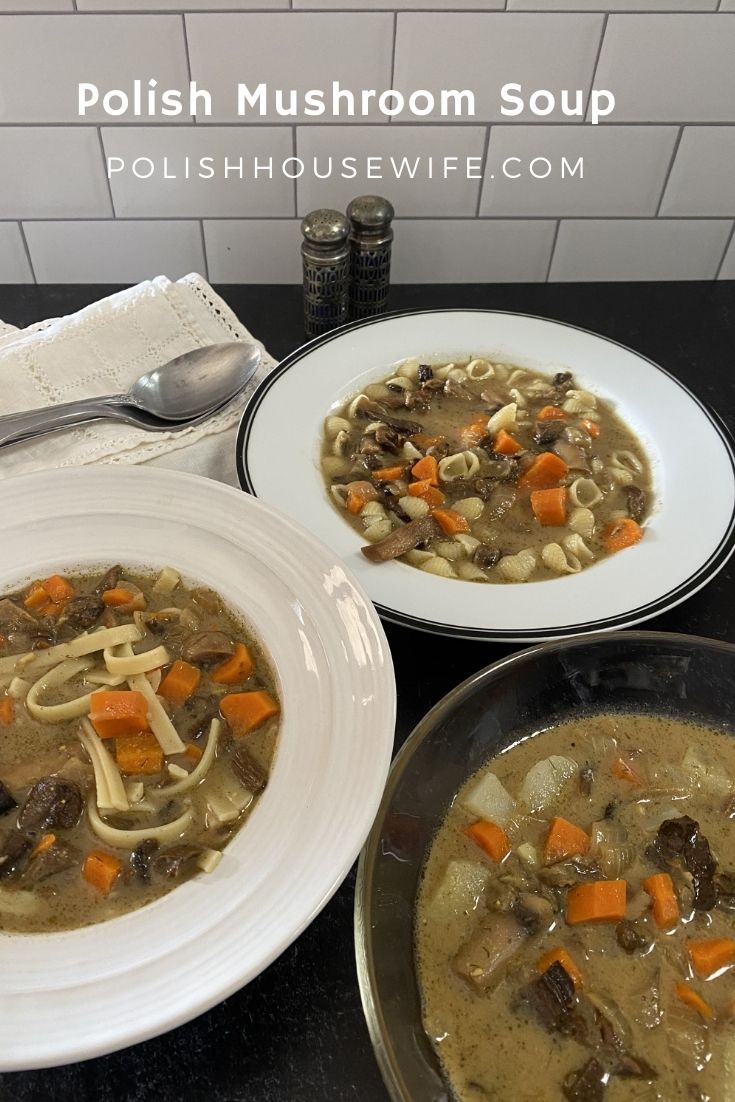 Ania Gotuje suggested adding cooked pasta to your soup bowl or adding potatoes to the soup to cook alongside the carrots. We tried all the variations. We tried two different pasta shapes. Small shells were the winner in the pasta category at our house. (Although, Martha Stewart likes orzo pasta). The shells fit so nicely on your spoon and hold a bit of the broth inside the shell, perfection!

The pasta is cooked separately and added to the soup bowl just before adding the soup. If you cooked the pasta in the soup, it would become mushy as it continued to absorb all of the broth. This way both the broth and the pasta stay pristine.

We also tried the soup with diced potato, also an excellent choice! The potatoes add something to the broth that just makes it seem richer. It might not make sense to add two starches to the soup, but we just might the next time we prepare it. Both the shells and potato were great add-ins.

I know mushrooms aren’t for everyone, but if you like mushrooms, you have to try this soup. The flavor is amazing.

Polish Housewife participates in the Amazon Associates program. Your qualifying purchases via Amazon links generate a commission to support this website. TIA!

Made with fresh and/or dried mushrooms, Polish Mushroom Soup is so full of flavor!

To reconstitute dried mushrooms, add them to a tall vessel and cover with water for several hours or overnight. Place something, a glass or a bowl, on top of the mushrooms to keep them submerged.

It’s normal for some grit to fall from the dried mushrooms as they’re soaking in water. When using the soaking liquid, you might want to “decant” it. Slowly pour it off, leaving some liquid and sediment in the container.

You could use sour cream instead of heavy cream, just be sure not to not to boil after adding the sour cream.

Some people like to add lemon juice or a small amount of white vinegar to make the soup tart.