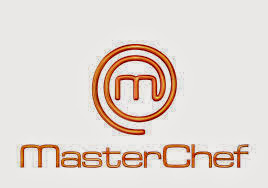 We’ve just returned with a 10 day road trip with our youngest daughter. I’ll have to sort through my photos and show you where we’ve been, but for now, I’m enjoying a quiet morning – typical for me. I’m on my second cup of tea and watching Master Chef on TLC Poland. The TLC programming is in English during the day and dubbed into Polish in the evening.

Most often, they’re showing Master Chef Australia. I’ve also watched the first season of Master Chef Ireland from a few years ago. I’ve noticed a distinct difference comparing these international versions to the American Master Chef. I haven’t seen all of the American seasons, but the ones I have seen remind me other reality competition shows. In the USA always seems to be one arrogant, bully, who bad mouths the competitors – someone the audience loves to hate.

These people cause controversy and that seems to save them, keeping them on the shows far longer than their work would justify. I think it was in season 2 of MC that the judges regularly gave Christian a dressing down as illustrated in the video below.

The Aussie and Irish contestants praise and encourage the other participants, express regret when their sent home. They seems like nice people! I’ve heard them say, “I’m so sorry to see him go. He’s very talented and has been my mentor during this process.”

Besides the lack of animosity, I’ve enjoyed seeing the guest chefs who are well known in their home country. In particular, I’m really taken with Maggie Beer, who has been a guest on the Australian Master Chef multiple times. When competing with the contestant, she teaches and encourages them so graciously and generously, and still wins. I’ve signed up for her newsletter; the only problem is that as she writes about what’s season in the southern hemisphere, it’s the opposite season for me the the northern hemisphere. I’ll have to hold onto them for six months and then read them when they’re timely.

There is a Polish version of Master Chef, and one of our friends tried out. She made it to the second round of auditions in Warsaw. But Magda Gessler (NOT my favorite restaurateur) thought her cooking wasn’t Polish enough. Our friend’s bio would have mentioned that she is engaged to an American. Here we go, diluting the gene pool and the culinary traditions.