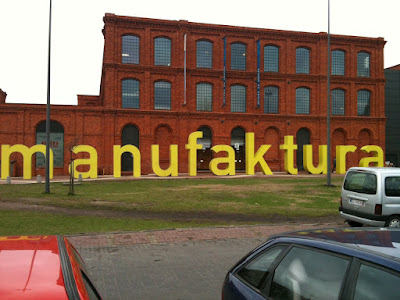 A French developer bought the crumbling, defunct Łódź textile mills in 2000.  By 2006,  they were transformed into a multifaceted cultural extravaganza.  The 19th century buildings were renovated, some brick by brick. 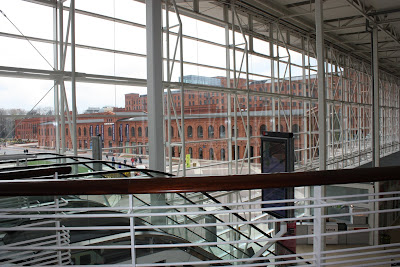 This mall seemed enormous to me.  It’s smaller than the Mall of America, about 3/4 the size, but I’ve never been to MOA.  Let’s just say it’s larger than any mall I’ve seen. 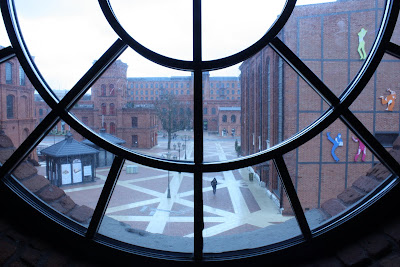 The complex includes 400 shops, many restaurants, museums, movie theater, and a 5 star hotel.  I visited the museum of the factory, next time the art museum.