I had to report for jury duty a couple of weeks ago. I don’t know if a similar civic responsiblity exists in Poland. I never heard anyone mention (complain about) being called for jury duty. I’ve just started a new job; I have surgery scheduled on my knee. Both reasons why I asked the Jury Commissioner to postpone my service, but sadly, I used up my two allowable postponments while I was overseas. So I hobbled into the courthouse on Wednesday, and was promptly put on a jury. The beginning of my 3 day adventure in downtown Tucson. 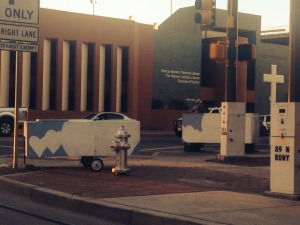 Sleep pods for the homeless in downtown Tucson

We began with 60 prospective jurors. The goal was to have 25 viable candidates from which to choose a 13 jurors. The judge asked the people in the first 25 chairs a number of questions:

I watched person after person be excused, 34 in all, becuase someone in their family had been murdered, because they were had a pro-police stand, because they had travel plans. When we finally got down to 25 suitable candidates on the panel, there was only one person remaining in the gallery.

So I found myself with 12 of the most intellegent, honest, responsible people in Tucson for three days.  None of us wanted to be there, but none of us were willing to make things up to get out of serving. The case we were to hear was a criminal one, with the most serious charge attempted first-degree murder.

The actualy testimony lasted only one day. There wasn’t much in the way of evidence. The only fact was that a person had been stabbed. The police and a doctor referred to their notes, and told us what they’d seen that night. Three people, two men and one woman, who had been smoking meth with the defendant earlier in the day, said they saw him in the apartment with a knife, however, there was little else they could agree on.

In the end, we found the defendant not guilty, even though we all thought that he probably did it. But we followed the legal instructions given to us by the judge, the evidence presented by the state did not convience us beyond a reasonable doubt, so the defendant must go free.

That’s how our legal system works, and that is why I try not to second guess jury decsions. The decision is based on the evidence presented in court with the legal instructions given by the presiding judge. It’s often a different decision than we might reach outside of those constraints.

I left, not feeling proud because I’d done my civic duty, but sad because I’d had an intimate peek into the lives of people who are spiraling downward with no end in sight:

I’ve been on juries three or four times now, and this judge was by far the best I’ve seen as far as jurors go. He always ended the day at 4:30, to give us a chance to leave downtown before rush hour traffic. He didn’t stand on ceremony. He was always seated when we entered the room; there was no need for the jury to remain standing, He came to the jury room after the trial to thank us again for serving, and answer any questions about the trial. He also sent thank you notes to our homes after the trial. Judge Browning will always get my vote to be retained. 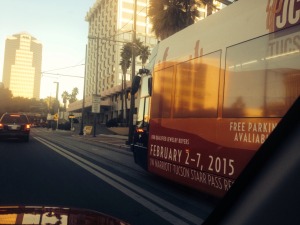