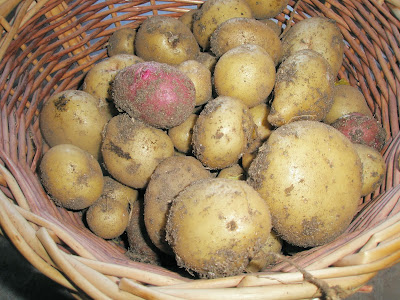 Recently a friend asked me how much money I saved by gardening.  The answer is “none”.  It may be economical in other parts of the world, where the soil is richer, and water more plentiful; but I could go to a local market and buy vegetables much cheaper than I can grow them.  Then why bother?  Taste!  They just taste so much better.  I think everyone would agree that a store-bought tomato can’t compare with one that’s ripened on the vine and eaten right after it’s picked.  The same is true of cantaloupes.  The best you’ve ever tasted from the store isn’t nearly as good, or as juicy, as one that’s allowed to fully ripen before it’s picked.  With squash I can’t tell much difference, but I know what I grow is fresher, because I cook them or freeze them the same day they’re picked.  Taste is not the top concern of a commercial grower, they have to consider how well it survives shipment, how long can it be stored, can the entire crop be picked at the same time.

The food that really surprised me was a potato.  I assumed they’d taste like the ones from the market (after all, it’s a potato, right?)  and I was mostly growing them for fun, just to see if they’d produce.  The first time I grew them I was overeager and dug them up when they were still pretty small.  I cut them in half, cooked them in salted water and served them tossed with melted butter.  They were delicious!  Who gets excited over a boiled potato, but these were GOOD.

Not everyone has the space, time or inclination to plant a garden in the ground.  Most herbs and many vegetables are grown successfully in containers.  Tomatoes, peppers, garlic, green onions and potatoes do very well in containers.  I grow the green onions in a flower bed beside the snapdragons and petunias. Garlic also takes up little space and can be grown alongside other plants.  Your pots don’t have to be huge, either.  My favorite is empty detergent buckets, they’re about 5-gallons or a little less.  Just drill a few holes in the bottom. 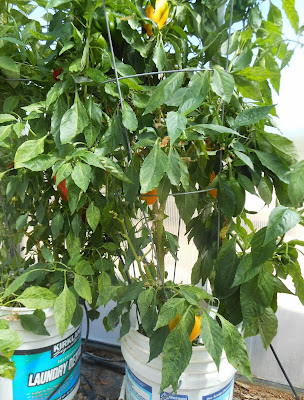 I’ve never had good success growing melons or squash in a container.  Potatoes, on the other hand, are so much easier to grow in a large container than in the ground.
Thanks for sharing!