We’ve had a long stay in the US for Christmas; it will be coming to an end in a few days.  It’s been wonderful to spend time with our daughters and extended family, but it’s also been exhausting to try cramming a year’s worth of doctor’s appointments, errands, and home and car repairs into a few weeks.

We’ve spent time at our home in Arizona, visited my husband’s family in Pennsylvania and my brother in New York City. 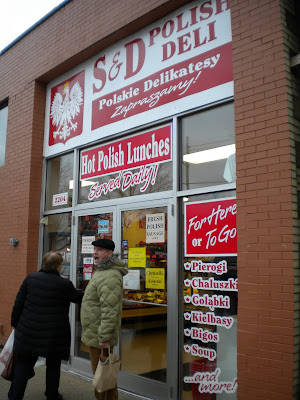 We found a Polish market in The Strip district of Pittsburgh carrying all of the brands that we see in Poznan.

We attend the taping of a new television show on ABC.  The Revolution will debut January 16th; we were in the audience for their 3rd episode.  It was interesting to see behind the scenes but also tedious.  Taping the one hour show, so that’s 40 minutes of airtime, took 4 hours rather than the 2 they had planned.