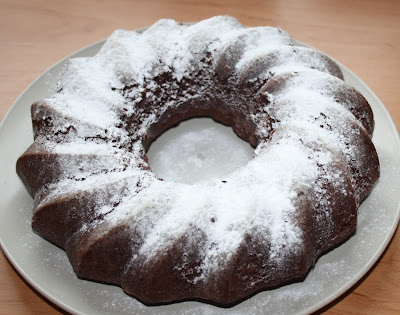 Another cake created in our little Polish kitchen.  The silicon bundt pan I brought along is only 5 cups, and Rose recommends a 10-cup pan, so I made half a recipe. 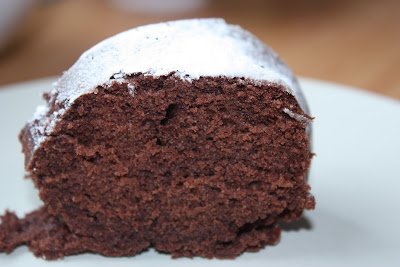 That worked out well, since I only had two eggs left after making ladyfingers yesterday. 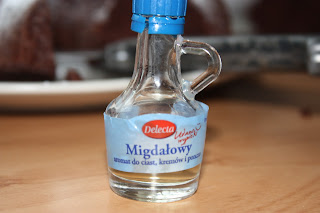 The ladyfingers also used the last of the vanilla (aromat waniliowy), so I substituted almond (migdałów aromatycznych) – a flavor (or maybe it’s the aromatic-ness) that  I find addictive.

To give you a feel for the process: 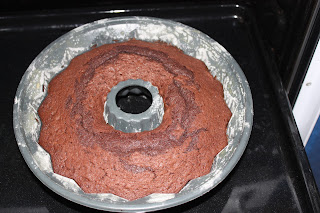 Our daughter had this to say about the cake:  The almond flavor is better than vanilla would have been, but the cake needs more chocolate.  I thought velvet was a perfect word for the name of this cake, very soft and tender.