Befszyk Tatarski (Steak Tartare) is popular in Poland, so much so that you can buy commercially prepared packets for ground beef for tatar. It’s something I hadn’t eaten until I moved to Poland.

We enjoyed it in restaurants and our friend Bill made Befszyk Tatarski for us when we dined at his home. We had a fabulous batch when we vacationed in the Czech town of Pilsen with our youngest daughter.

We were eating a steak house near our hotel, and they had a special platter for tartar, with a little compartments for the many add-ins that accompany the ground beef, and diners mix it up themselves. 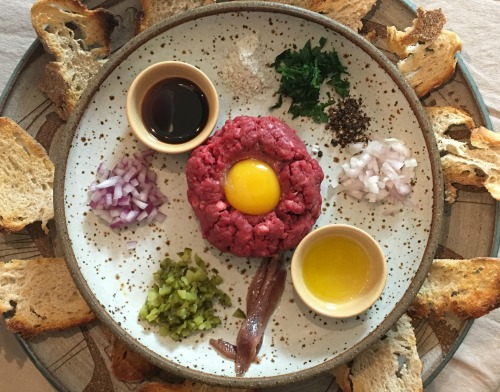 The history of Befszyk Tatarski or Steak Tartare, of course, has a couple of interesting stories. The tale with the most Polish roots says that the dish is named after the Tatars (Mongols) nomadic horsemen who often raided Poland, but in 1410 sided with the Polish at the Battle of Grunwald.

Legend has it that the Tatars would place raw meat under their saddle to tenderize it, and later slice it up to eat raw because they had no time to stop and cook their meat. 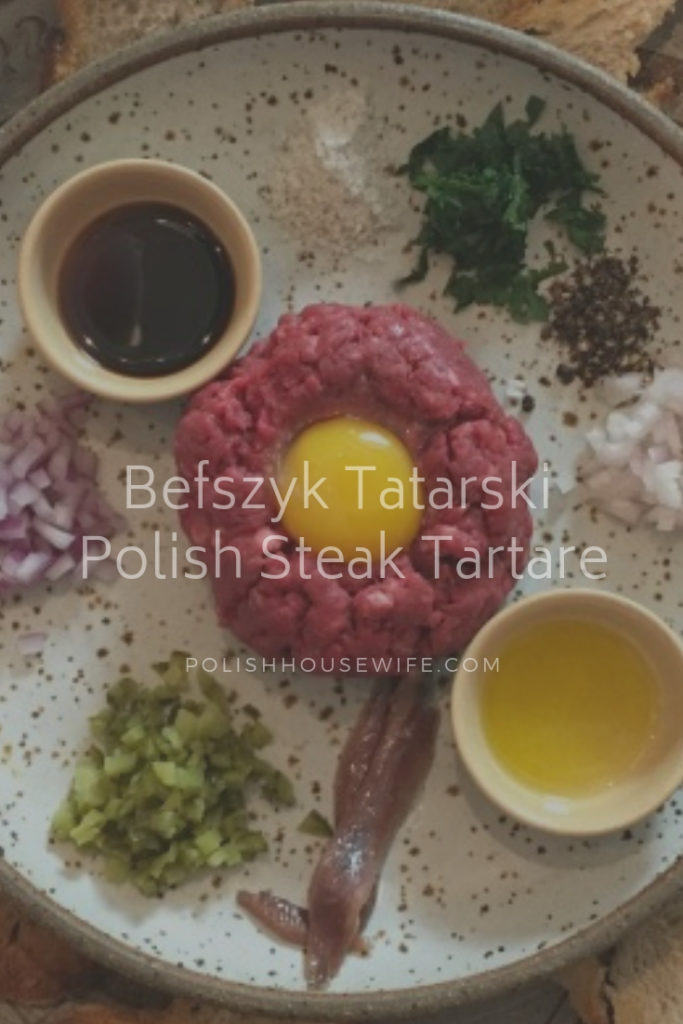 The second version has the dish originating in France about 1900. It didn’t really catch on until the 1950s.

Beefsteack à l’Américaine as it was called originally became Beefsteack à la Tartare, for the tartar sauce that was served with the raw beef. Whatever the story, Tatar will bring out strong reactions.

Our usually adventurous gastronome friends, were put off to find out what wasn’t cooking at our house the night we made Tatar. Only one friend, a big fan of anchovies, has had a positive reaction. So choose your dinner guests carefully.

Recipes for Tatar vary of lot, so your might be different than mine and still be authentic and wonderful.

The key ingredients are ground or finely diced beef tenderloin (filet mignon), egg yolk (if you don’t eat raw cookie dough, you may want to find pasteurized eggs), salt, pepper, something pickled (pickles, capers, or both), something onion-y (red onion- better raw, shallots, green onion, leek, chives), maybe mushrooms. It might be served with bread or alongside fried potatoes or salad.

all of the following are suggestions, season to taste: